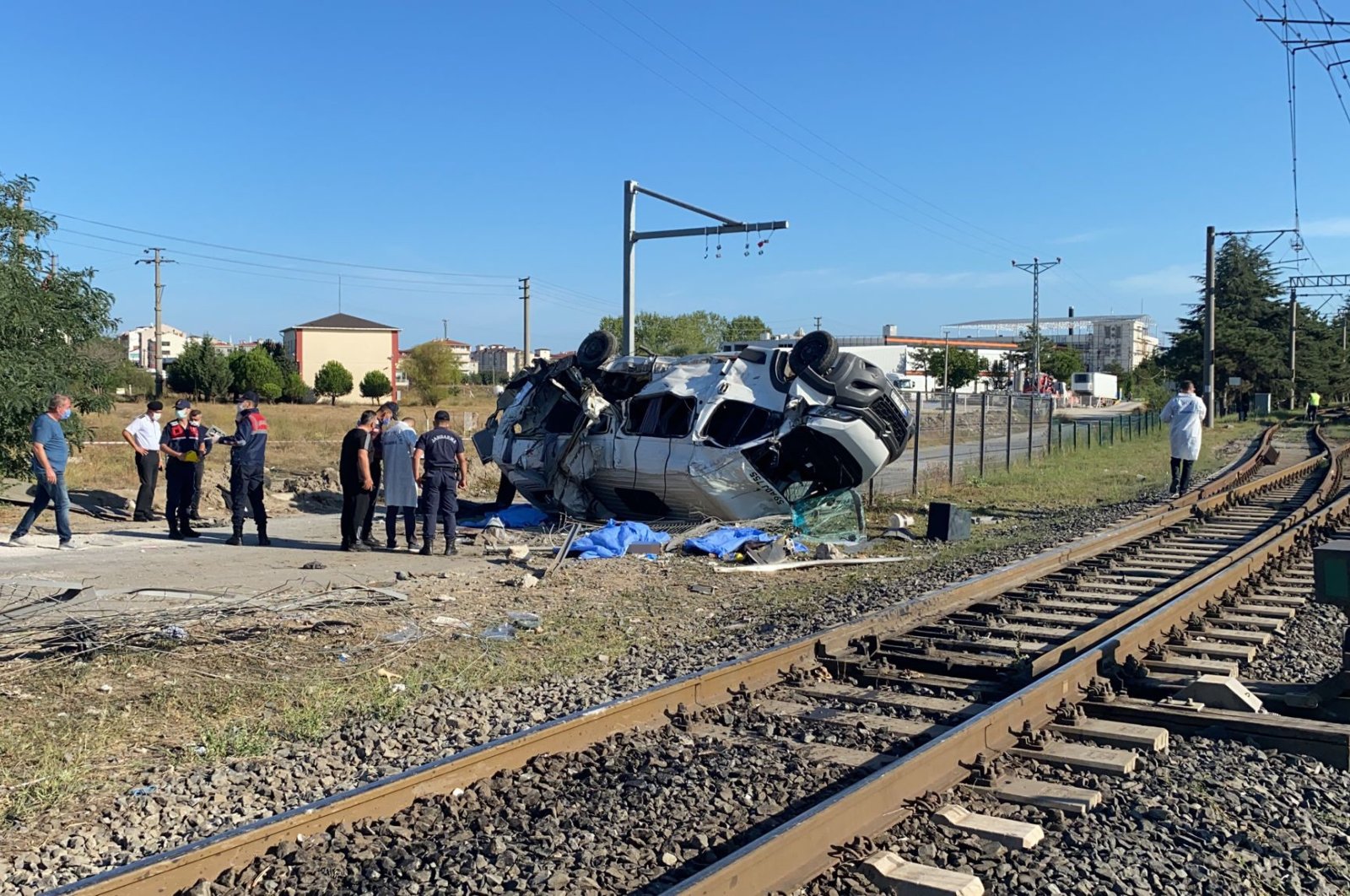 A collision between a freight train and a minibus in northwest Turkey killed six people and injured six others Saturday.

The crash at a railroad crossing in Ergene, Tekirdağ province, involved a minibus carrying factory workers and a train headed to nearby Çerkezköy at 8 a.m. local time (0500 GMT), the news agency said.

The people who died all were in the minibus, which was dragged in front of the train after the impact.

Images showed the crumpled vehicle lying on its roof alongside the train tracks.

In 2018, 25 people died when a passenger train derailed in nearby Çorlu. That accident was blamed on heavy rain causing an embankment to collapse.