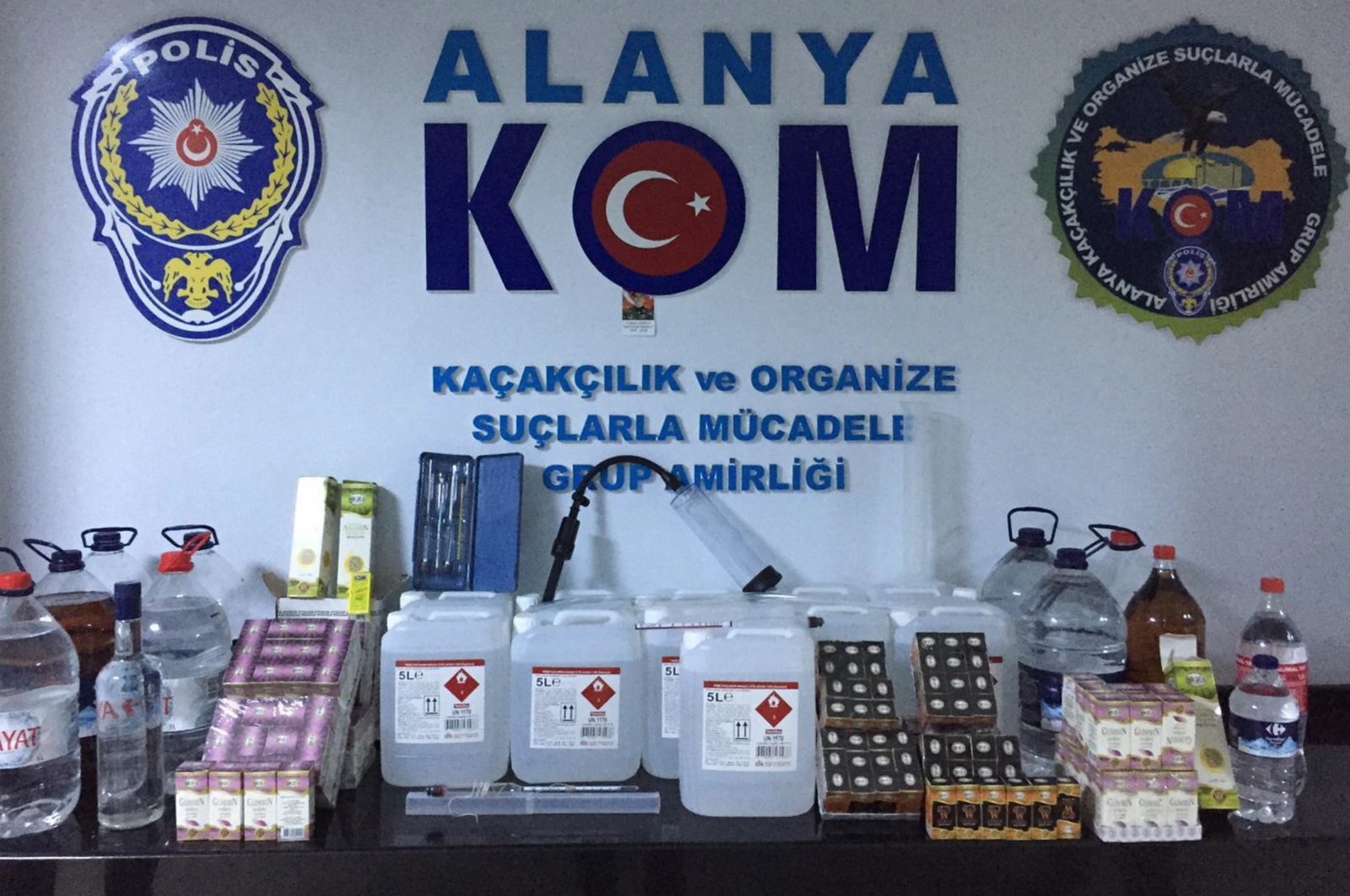 These are the worst cases of alcohol poisoning since March, when 30 mostly Turkmen citizens died after drinking pure alcohol in Istanbul.

The first cases were reported in four of Izmir’s districts early Friday. Media outlets said nine people were taken to the hospital after consuming bootleg alcohol and complained of loss of vision and nausea. The number was later revised to 18. The victims were between the ages of 42 and 71 and the police have launched an investigation into the incident.

Police raided six locations, including a warehouse and a residence, and detained ten suspects in connection with the incident. Suspects had past criminal records of selling bootleg alcohol, and the warehouse was raided by the police four times in the past. Demirören News Agency (DHA) reported that some among the victims were those involved in homemade brewing, mixing ethyl alcohol and other ingredients.

In Kırıkkale, seven people died at the hospital after reportedly consuming bootleg alcohol. Reports said eight people have been hospitalized in the province in bootleg alcohol cases over the past three days. Police detained two suspects accused of supplying alcohol to those who fell sick. Police suspect some victims attempted to brew homemade drinks using alcohol-based surface cleaner they bought from the same store.

Alcohol poisoning from illegal drinks has claimed roughly 10,000 lives worldwide over the past decade and more than 100 in Turkey in recent years. Turkish police have stepped up efforts against bootleggers in order to prevent further deaths, but bootleg alcohol remains a lucrative sector given the steep taxes on alcoholic beverages in Turkey.