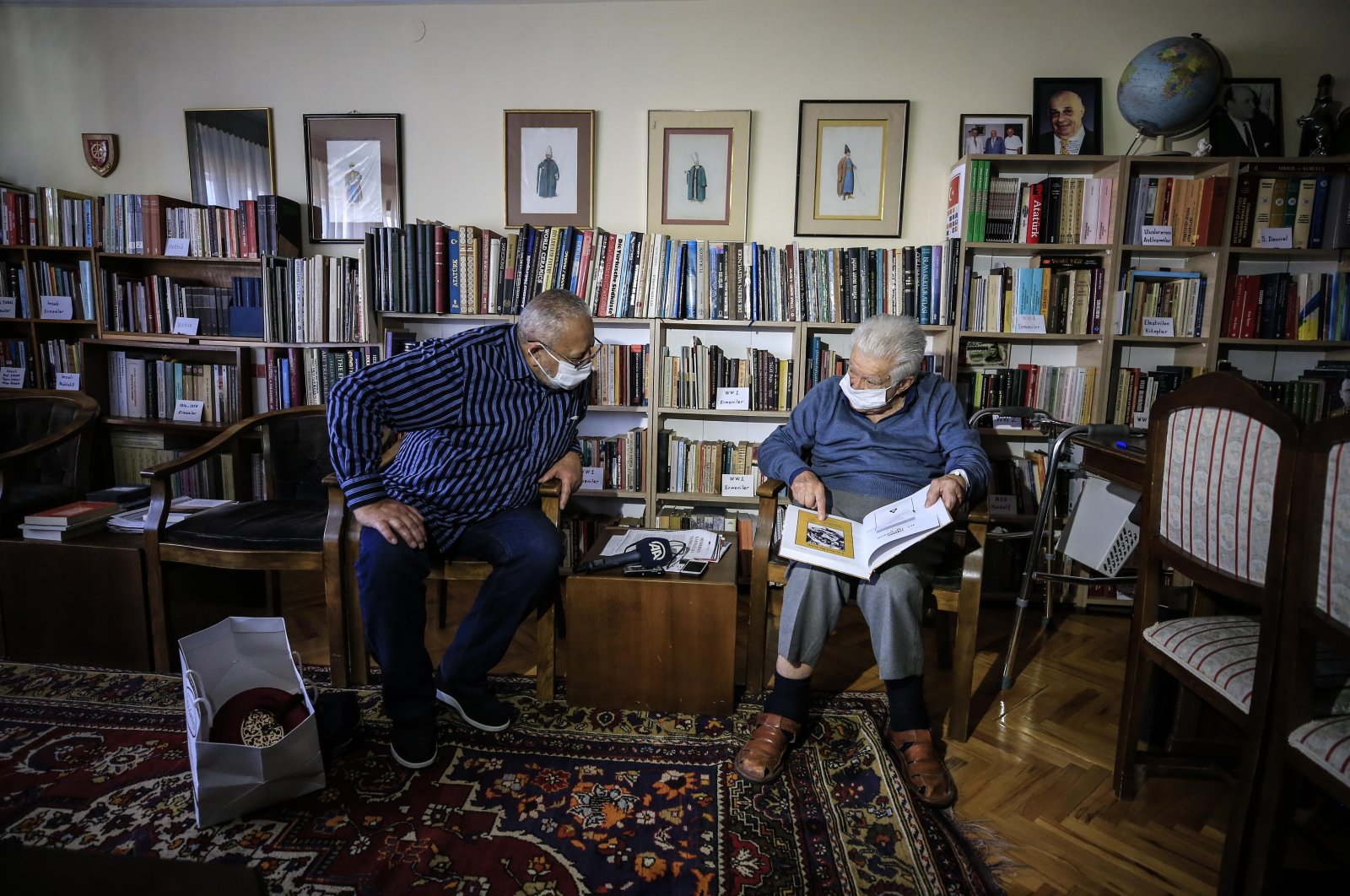 Mehmet Arif Demirer never forgot the family who hosted him in South Africa in the 1960s, but it took him six decades to finally meet them again. The reunion was made possible thanks to a recent governmental decision to grant citizenship to descendants of an Ottoman scholar who had settled in South Africa in the 19th century. Indeed, it was his Turkish origin that led the family, descendants of Abu Bakr Efendi (Ebu Bekir Efendi), to warmly embrace him during his six-week stay in the African country.

Demirer reunited with his old friend Ahmet Kemal Atala, a descendant of the Ottoman scholar, in Ankara where he has been staying since receiving Turkish citizenship last month.

The Turkish man was in his 20s, like Atala, and a student at Cambridge University. He was among a group of students visiting South Africa on a trip when a military coup broke out in Turkey. Being the son of the Minister of Transportation, Arif Demirer, who was imprisoned by the junta, Demirer decided to stay in the country for a while amid the uncertainty. When Ahmet Kemal’s father Rüştü saw a story about the “son of an overthrown Turkish minister” who was in South Africa, he immediately set out to find him. He soon found him in a hotel and invited him to his home.

"It was a great gesture," Demirer, who wrote about his stay in a book, recounted to Anadolu Agency (AA) on Sunday as he met Rüştü’s son Ahmet Kemal. "They told me they would never allow me to stay in a hotel and attended to my every need," he said. Demirer’s stay was not without complications due to visa problems. "It was only after then Foreign Minister Eric Louw, who was married to a Turkish woman, intervened and I obtained a visa," he recalled.

The reunion was made possible with the efforts of Dr. Halim Gençoğlu, a Turkish researcher from South Africa's Cape Town University, whose works on Ebu Bekir Efendi paved the way for the recognition of his descendants. "When I first visited the Atala family some eight years ago, I was checking their family album. They pointed to a man in one of the photos from the 1960s and said he was 'Mr. Demirer.' When I listened to his story, I made further research and when the family came to Turkey to receive citizenship, I arranged a meeting between Demirer and them."

"The apartheid-era South Africa was heaven if you were a white person. I could be considered white but not as white as Westerners," Demirer said. "Just then, Rüştü came and took me in," he said.

Ahmet Kemal Atala vividly remembers the young student's stay in their house. "It has been 60 years but it feels like yesterday. I remember my father telling the mother to make preparations for our guest. He was a young man with political connections and he could have lost his way in a foreign country amid political turmoil. We spent a good time together but political situations prevented our reunion for a long time," Atala said.

Atala traces his roots to Ebu Bekir Efendi who devoted his life to the religious education of the locals in South Africa where he was sent by the Ottoman sultan. He says his father, South Africa's first Muslim pilot, was instrumental in helping many Turks in the country.