A muted but joyful celebration for Children’s Day in Turkey 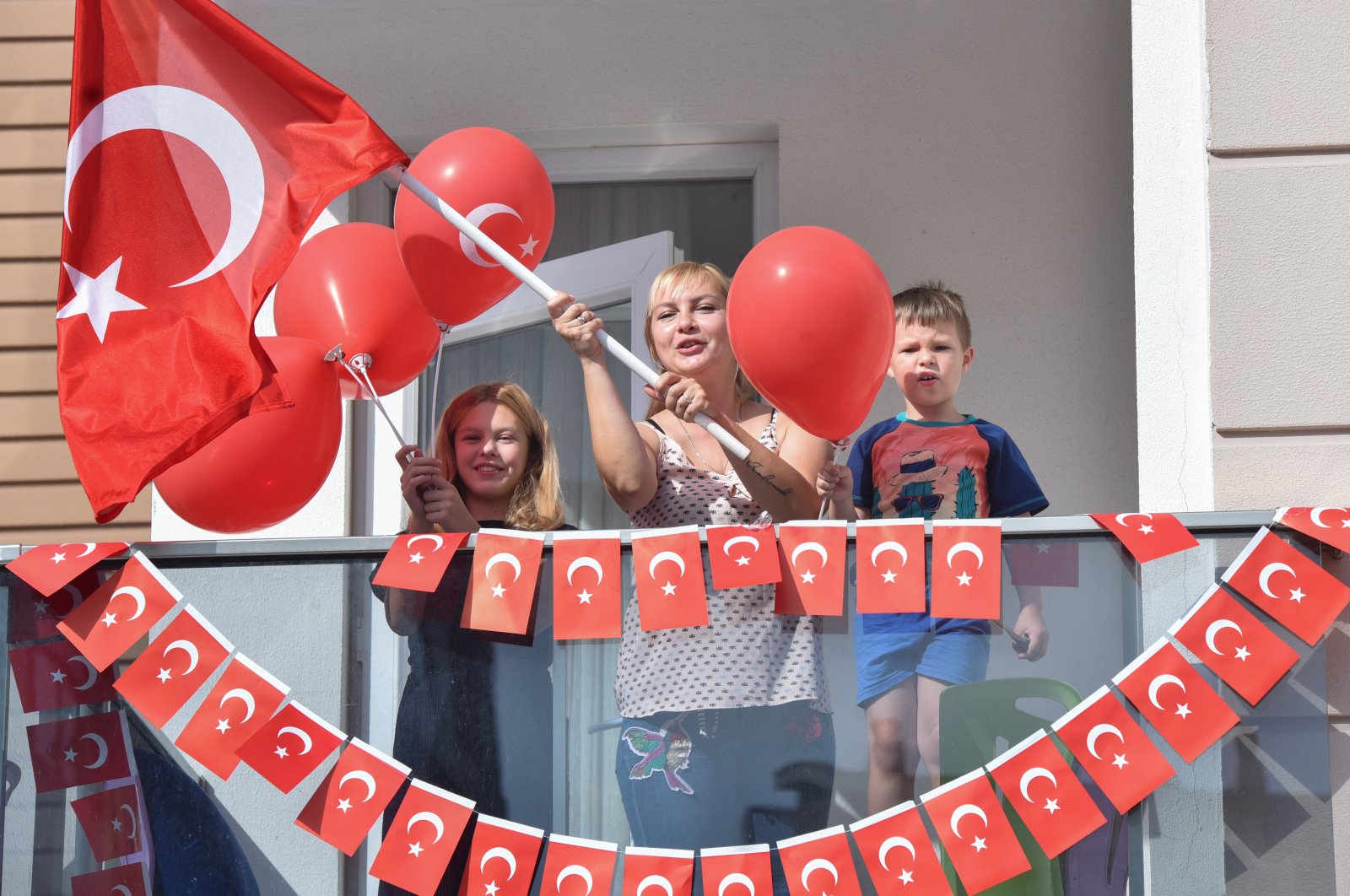 Stuck at home due to the coronavirus outbreak, families opted to celebrate Turkey's Children Day on their balconies. (DHA Photo)
by DAILY SABAH Apr 23, 2020 6:53 am
RECOMMENDED

Turkey is marking National Sovereignty and Children’s Day today with celebrations at home. A joyous occasion bringing together children from around the world, the celebration this year was affected, like other events, due to the COVID-19 pandemic.

The country banned large-scale public gatherings and ordered a curfew for those under 20 in the fight against the outbreak. The majority of the population is in self-isolation as well.

Thus, the day traditionally marked outdoors with children showcasing their dancing skills, reciting poems and singing songs, is a muted occasion this year.

Yet, the state and schools encourage children to mark the event at home. Public broadcaster TRT opened a website allowing children to send videos of celebrations at home, while several TV stations also joined the initiative.

Social media is also awash with parents broadcasting their children’s preparations for the activities for the day. Children are also called upon to recite the national anthem from the balconies of their houses this evening to mark the day.

All across the country, officials distributed flags to families cooped up in their homes to join the festivities from their balconies. According to authorities, more than 100,000 flags were sent out to families in Istanbul alone.

With schools out due to the outbreak, Education Minister Ziya Selçuk said the online education portal EBA would also hold special programs for the event.

“I invite all our children to log in to the EBA system at 9:30 a.m. I have no doubt we are all joyful about this day; therefore, we should share the joy together. We will have a Children’s Day special on the portal. We will also have special surprises for children as well,” the minister said.

This year, celebrations will also have to skip a longstanding tradition: children temporarily taking over seats normally occupied by adults, from the president to ministers, governors and police chiefs.

The year 2020 marks the 100th year of the opening of the Grand National Assembly, a date that was subsequently incorporated into Children's Day.

Parliament held a special centennial session today, following a visit to Anıtkabir, the mausoleum of Mustafa Kemal Atatürk, founder of the republic, by lawmakers and prominent politicians. Due to the coronavirus outbreak, for the first time ever, the leader of the ruling Justice and Development Party (AK Party), President Recep Tayyip Erdoğan, did not attend the special session. Erdoğan watched the session from his current residence at Huber Mansion in Istanbul.

On April 23, 1929, Atatürk started the April 23 festival as a gift to the children of the world. In 1929, it was also celebrated as Children's Day for the first time. In 1979, children from many countries of the world began coming to Turkey, making the day internationally recognized. Turkey is the first and only country to dedicate a national day to its children.