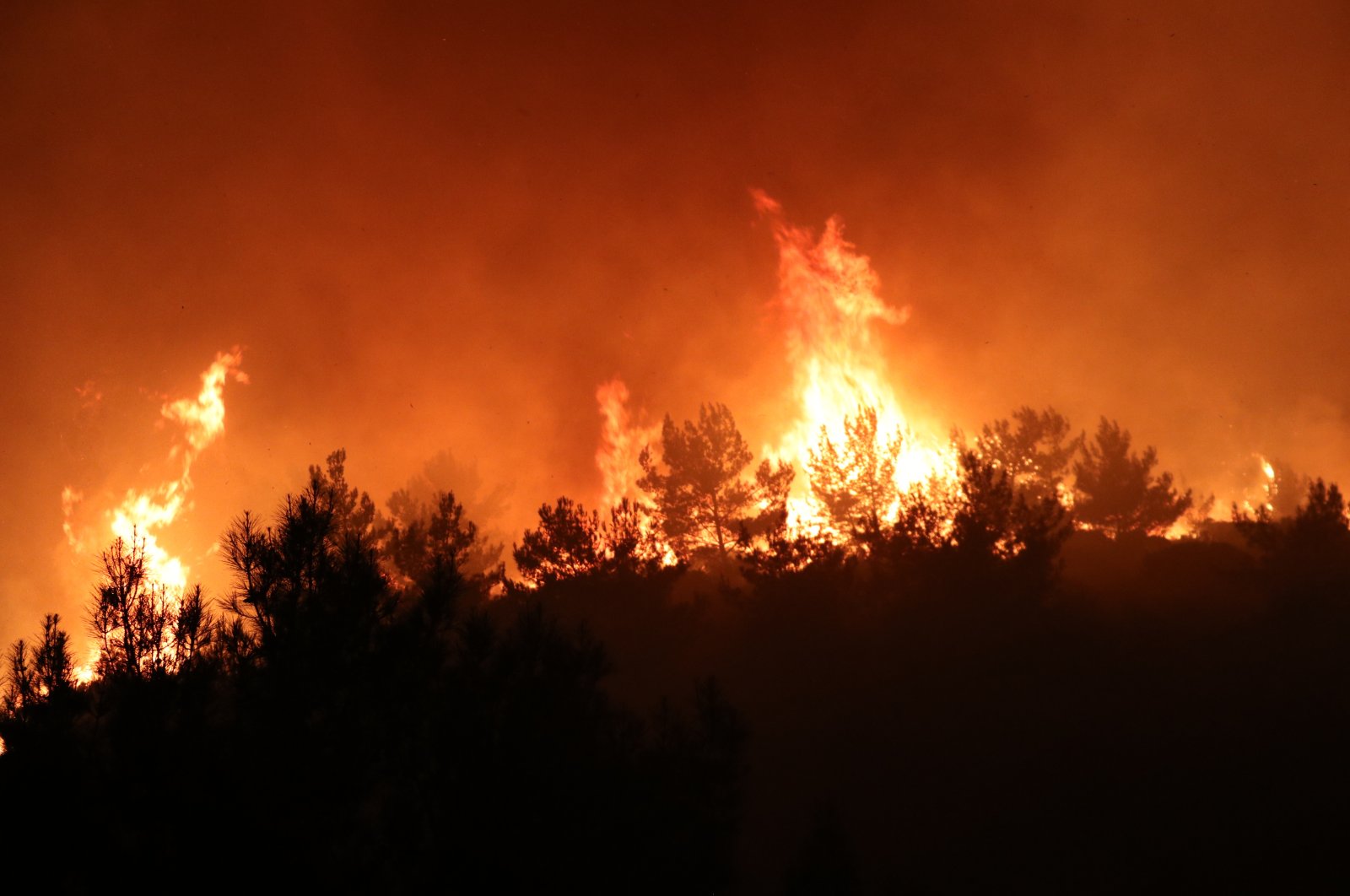 Firefighters have been fighting two forest fires since Friday in western Turkey and managed to take them under control only on Monday. Fires broke out in Manisa on Friday and in Izmir on Sunday and devastated large swathes of forests, though no casualties were reported. Authorities said lower humidity and winds challenged efforts to fully extinguish the fires.

The first fire broke out in a forest between Manisa’s Turgutlu and Ahmetli district, near a rural neighborhood, on Friday evening. Planes and helicopters accompanied firefighters on the ground and managed to restrain flames in three days though occasional, smaller blazes continue to break out due to strong winds. Three neighborhoods near the site were evacuated.

On Sunday, another fire broke out in Menderes district of Izmir, Turkey’s third-largest city. Firefighters managed to take it under control in 22 hours while efforts to cool off the burned area is still underway. Like in Manisa, winds challenged the efforts.

Bekir Pakdemirli, minister of agriculture and forestry, visited Izmir on Monday and briefed reporters about the fires. He said a forested area stretching to the Aegean Sea was devastated in the fire. He said the firefighters battled 33 fires in forests and rural areas in Izmir in one week. “We see a 27% increase in forest fires this year, compared with the last three years,” he stated, pointing out 146 forest fires and 81 fires in cultivated fields. Still, the size of lands affected by forests decreased, he added, stressing the use of unmanned aerial vehicles (UAVs) and thermal cameras for faster responses to fires as one of the factors in the decline.

“The majority of forest fires stem from human error. It is naive to think fires start on their own when there is a large number of fires,” he said. The minister noted food leftovers were found in the starting point of fires in Menderes and said they believed a person or persons might have accidentally started the fire while cooking. “We believe some 400 hectares of land is affected by the fire,” he added, while one suspect was detained.

On the Manisa fire, Pakdemirli said it took crews 67 hours to control the fire in rough terrain with a climate obstructing extinguishing efforts.

Official statistics show that many of the forest fires in Turkey begin due to abuse of the forests such as people who randomly dump garbage in wooded areas, leaving flammable materials behind. Last year, 11,332 hectares of forest were lost to fires. Firefighters fought 2,688 forest fires last year. Figures by the General Directorate of Forestry (OGM) show that the cause of a majority of them was undetermined, but 883 fires stemmed from “negligence,” while 372 were sparked by natural causes. Another 124 fires were the result of sabotage, according to the investigations. Negligence led to the devastation of 6,529 hectares of forest, according to figures compiled by Anadolu Agency (AA).