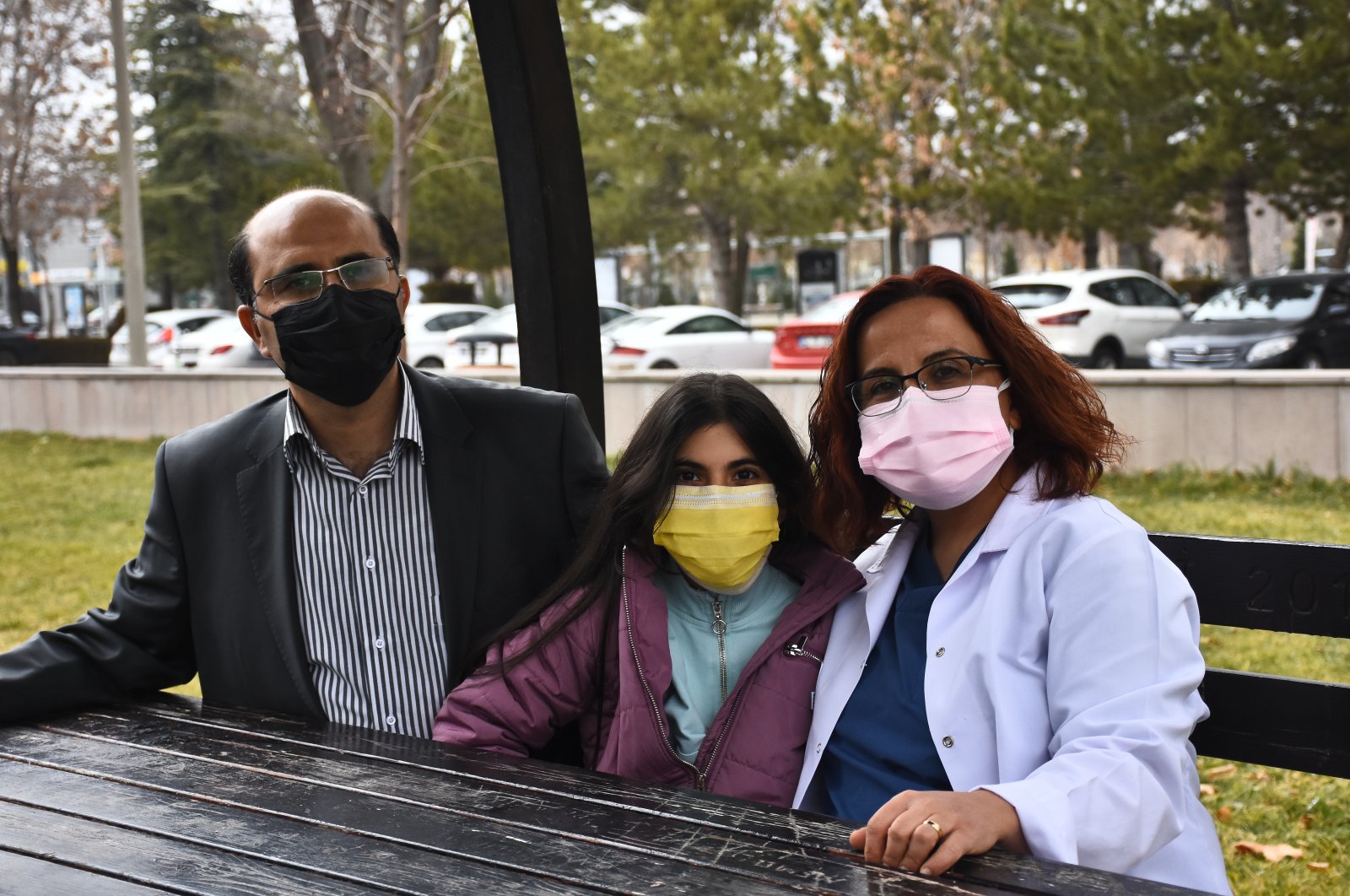 Ibrahim Halil Yıldırım and Seval Cing Yıldırım, two associate professors in Turkey, are following in the footsteps of Uğur Şahin and Özlem Türeci, the Turkish couple behind the Pfizer-BioNtech vaccine. As the coronavirus outbreak continues to claim lives in Turkey, the couple moved to the central province of Konya to join the research and development of the country’s first messenger RNA (mRNA) vaccine.

The couple, who worked at universities in the eastern province of Malatya and the southeastern province of Diyarbakır, moved to Konya seven months ago on a temporary assignment to work with their colleagues at Selçuk University. The coronavirus outbreak greatly changed their daily routine, and now they are confined to the laboratory most days in the race against time to develop a vaccine.

Seval Cing Yıldırım, who works in the Department of Biotechnology at Inönü University in Malatya, and her husband, a genetics expert at Dicle University, settled in Konya with their 11-year-old daughter Ayşe Damla to join the country’s locally made vaccine efforts. Ibrahim Halil Yıldırım says they were inspired by their colleagues who are sacrificing their time and labor for the vaccine.

“We are not here to do our best. We are here to carry out our responsibilities for this country. I discussed with my wife what we could do based on our expertise (to help fight against the outbreak) and thought joining vaccine research would be the best. I spoke to my parents and my daughter. They approved, and now we are here in Konya,” he said.

Being together in one city could have been a blessing for a couple used to working in different cities, but Yıldırım says it has one downside: not being able to see his daughter. “I see her less now. I have only two, sometimes one day off weekly and spend almost the entire day in the laboratory,” he told Anadolu Agency (AA) on Wednesday.

Seval Cing Yıldırım said they have been quite busy for months but her family does not complain. “Ayşe is used to seeing us work long hours. My mother also moved in with us for her care,” she said. “I only go home to eat and sleep. My husband sometimes does not come at all. We have little time to spend together."

Their daughter does not complain much, though she occasionally misses home. “I attend school and spend time with my grandmother and my cat. Of course, I want to go home but being in Konya is good too,” Ayşe Damla Yıldırım said.

Selçuk University is among a number of institutions working to develop vaccines against the coronavirus with local resources. Theirs will be the first mRNA vaccine, if approved. Scientists aim to have it ready for mass production by summer. Supported by the Scientific and Technological Research Council (TÜBITAK), the project is led by associate professor Nadir Koçak.

Koçak told AA on Monday that mRNA is known throughout the world as a third-generation vaccine technology. "One of our biggest goals was to bring this technology to our country," he said, adding that they started working on the vaccine nearly eight months after BioNTech-Pfizer and U.S. pharma company Moderna – and both teams have since rolled out their respective vaccines.

"Although this seems like a disadvantage, starting late has given us the opportunity to follow the latest publications on the viral protein in the world. We have seen formulas being used by leading organizations. We have moved toward developing a more stable, more effective vaccine," he explained.

He noted that they were working on a vaccine that could last for up to six months at room temperature, therefore eliminating the need for a cold chain. Koçak said their first mRNA vaccine was developed a month and a half ago and now they were heading toward the large stage in animal trials. He added that three different formulas of vaccines were devised by the experts and their syntheses were completed.

"We will start human trials within two months with the most effective one. We aim to create an effective and heat resistant vaccine. Our goal is to offer this vaccine to (the service of) humanity in the summer months," he said.

Noting that the phase studies were kept short due to the pandemic, Koçak said all vaccines received emergency use approval in the third phase. For now, a double dose of the vaccine will be administered two weeks apart, he said, adding that this proportion could change in the next two to three years.

MRNA vaccines work by stimulating cells to make a protein that triggers an immune response. That, in turn, produces antibodies that offer protection from diseases like COVID-19. The protein, called a “spike protein,” is actually part of the coronavirus but is harmless.

Researchers have been studying and working with mRNA vaccines for decades. Interest has grown in these vaccines because they can be developed in a laboratory using readily available materials. They have been previously studied for flu, Zika, rabies and cytomegalovirus (CMV).