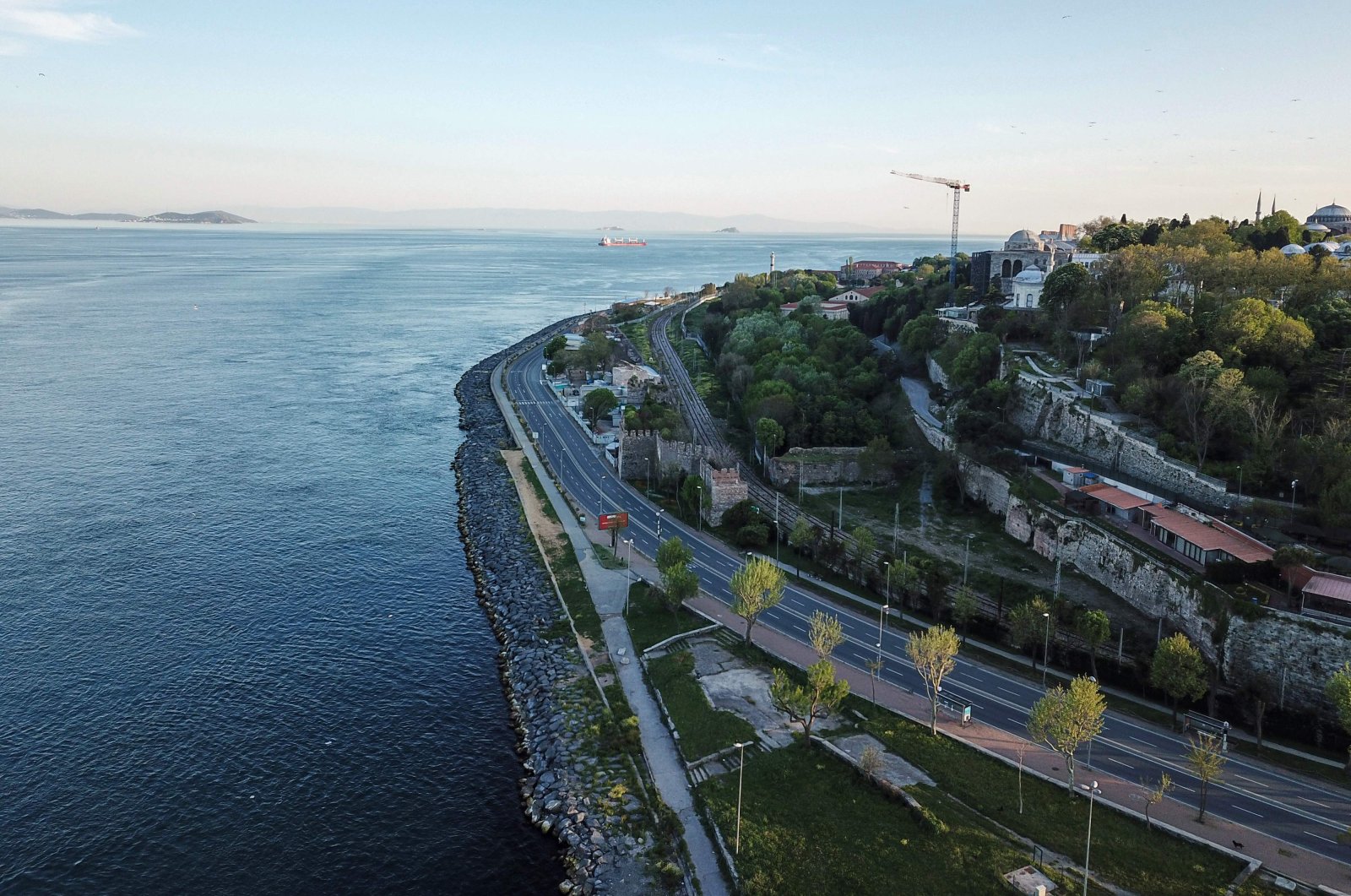 Aerial view shows an empty road leading to the historic Eminönu neighborhood near the Bosphorus strait, Istanbul, Turkey, May 9, 2020. (AFP Photo)
by Daily Sabah with AA May 13, 2020 2:20 pm
RECOMMENDED

The skies of Istanbul have become clearer due to measures taken as part of the fight against the COVID-19 outbreak, statistics revealed.

According to the data of air quality measurement stations belonging to the Istanbul Metropolitan Municipality, the particulate matter values, which determine air pollution levels, have decreased 28% compared to the averages of April 2018 and 2019.

The biggest decrease has been seen in the Başakşehir and Esenyurt districts, two of the most populated places on the European side of Istanbul, with 45% and 44% decreases, respectively. These two were followed by the European districts of Bağcılar, Fatih and Sarıyer.

Hüseyin Toros, a professor at Istanbul Technical University, told Anadolu Agency (AA) that nationwide curfews in April caused air pollution to decrease in Istanbul. “The more people stay at home, the lower polluting emission level we see. That’s why air pollution decreased in Istanbul as well as other cities compared to previous years,” he said.

Since early April, to keep people from rushing outdoors to enjoy the fine spring weather, weekend curfews have been put in place in mostly urban provinces across Turkey, affecting tens of millions of people.

Along with cleaner air, natural life in most cities also has revived. Animals that normally hide during the day have found the courage to reappear in populated areas as noise, traffic and the number of people outside reduced.

In Istanbul, dolphins were seen by the Galata Bridge, just off the shores of the city's historic peninsula, where usually dozens of fishermen would be enjoying the beckoning spring weather.