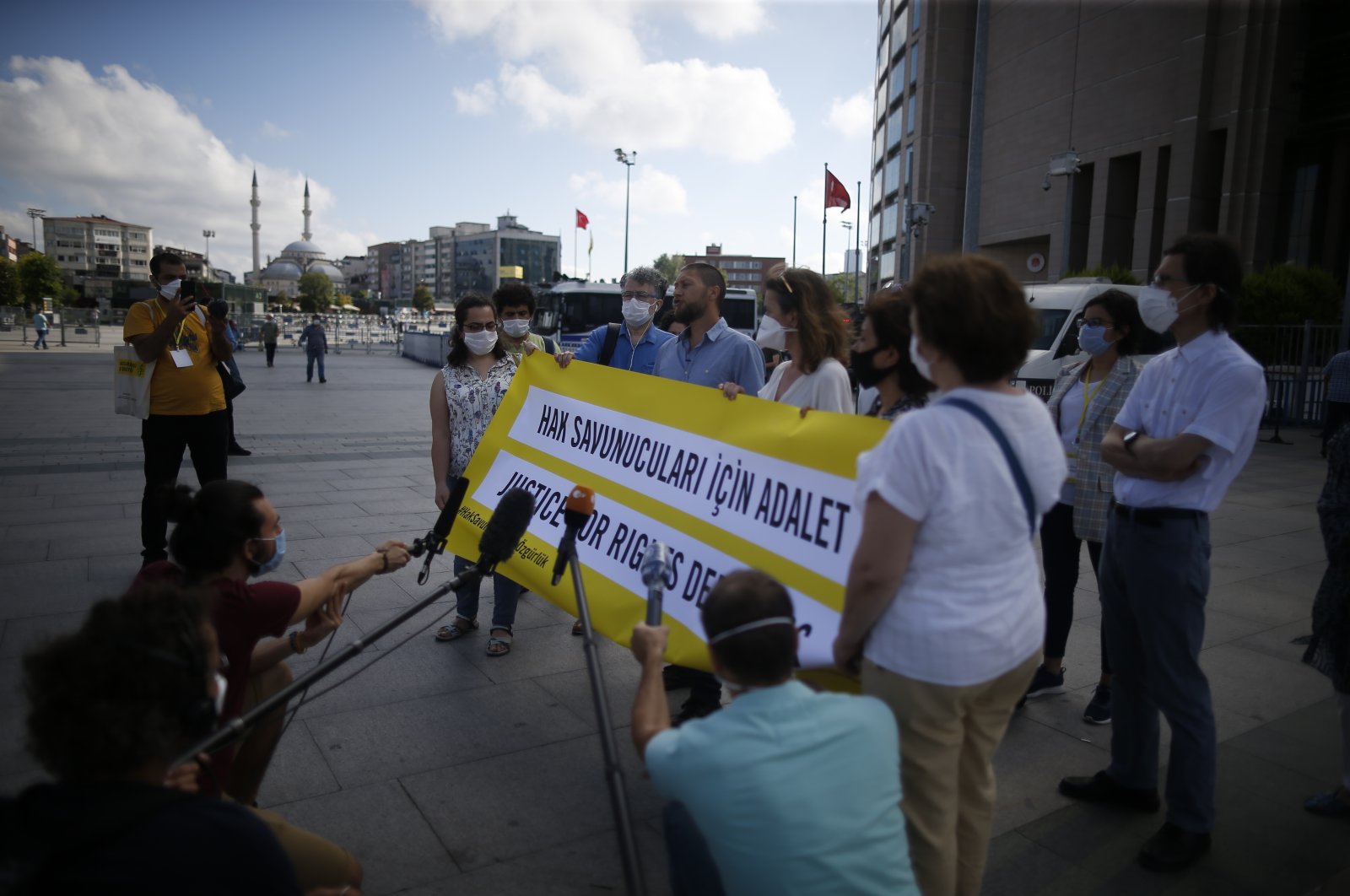 An Istanbul court on Friday handed down prison terms to two former heads of Amnesty International Turkey in a trial on terrorism.

The ruling in what the media dubbed the “Büyükada trial” – the name of the Istanbul island where the defendants were holding a meeting when police raided and detained them in 2017 – implicated the defendants with links to the Gülenist Terror Group (FETÖ) and for aiding the group. Taner Kılıç, the former honorary chairman of Amnesty International Turkey, was sentenced to six years and three months for FETÖ membership. Three other defendants were sentenced to two years and one month in prison, while seven others were acquitted.

The suspects, except Taner Kılıç, were detained on July 5, 2017, at a meeting on Büyükada, one of Istanbul's Princes' Islands.

The prosecutor has charged the suspects with inciting violent and chaotic mass public protests and creating propaganda on behalf of various terrorist groups.