Animal survivors of the earthquake in Turkey’s Izmir 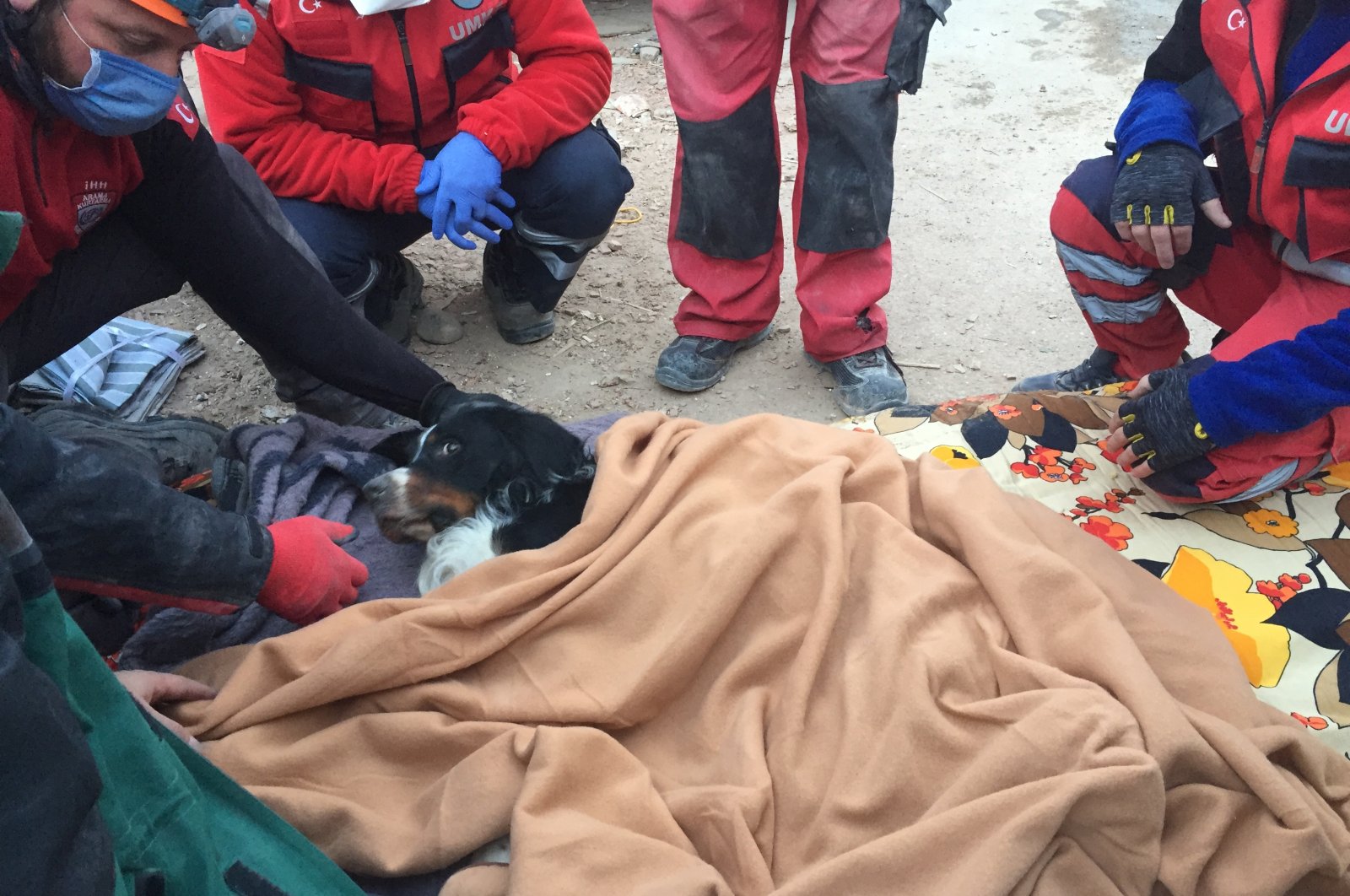 No animal was left behind as rescuers raced against the clock to extract survivors from the rubble following the 6.6 magnitude earthquake that rocked Turkey's Izmir. Gizem Ileri was rescued from the debris after seven hours and reunited with her dog, Ares, who was also saved some 65 hours later, on Monday.

The most touching rescue was of an unnamed cat by a rescue dog called Bob. Defying conventional cat-dog relations, Bob pulled the feline to safety after it had been buried in the remains of an apartment building for 32 hours with the cat later garnering the name “Umut” (Hope) by rescue workers at the scene. Later, another cat was also rescued alive from the debris at a separate site.

Ponpon, a tiny rabbit whose owners were rescued earlier, was also pulled alive from the wreckage of Rızabey, one of the collapsed buildings. Four cats, including a mother-to-be, were rescued from the same building earlier.

Elsewhere, a budgerigar(budgie) that was trapped on a seventh-floor of a partially collapsed building was saved by firefighters with the bird now recovering from the trauma of the earthquake.

Dogs are instrumental in search and rescue operations in disaster situations. Their extraordinary senses are more useful to rescue workers than technological equipment in locating people buried under rubble. Twenty search and rescue dogs were deployed to Izmir after the earthquake and helped rescue many of the survivors.

The Disaster and Emergency Management Authority (AFAD) actively employs dogs in disasters and provides special training programs for the animals. Chosen for the program when still puppies, the dogs undergo several tests before they are admitted into the two-year training program which prepares them for every situation, including fires, gas leaks and earthquakes. Their ability to track the human scent is key in locating survivors. Experts say humans emit a certain smell when in distress due to rising adrenaline and blood pressure that dogs are able to pick up on.