Animals rule the streets during weekend COVID-19 lockdown in Turkey 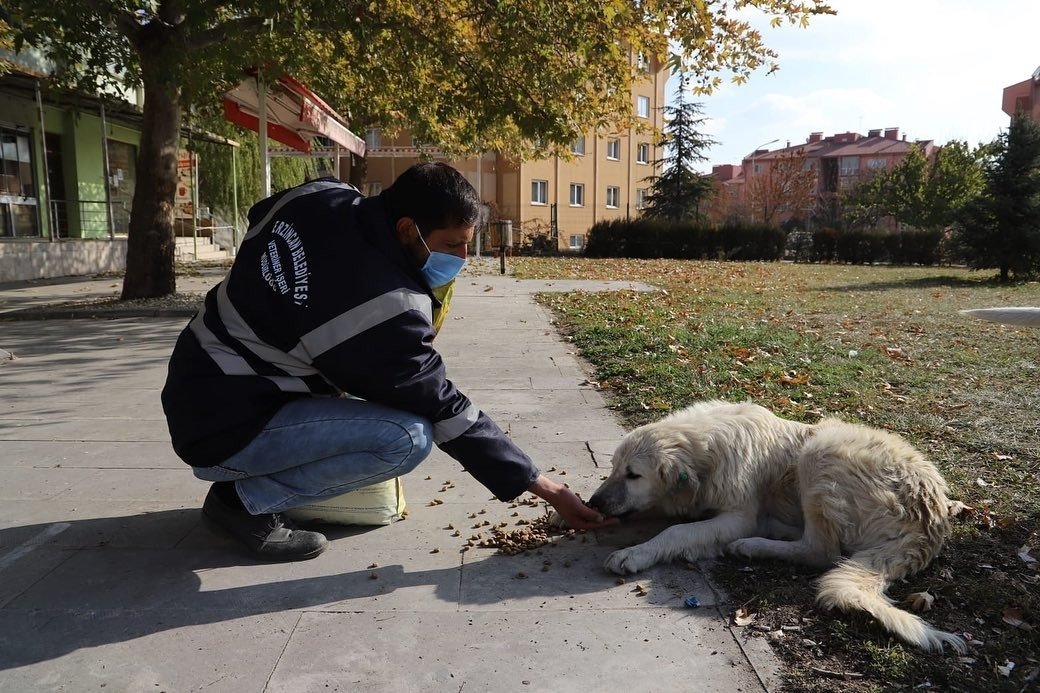 Cities across the country were deserted over the weekend as a full lockdown to curb the coronavirus pandemic went into force on Friday evening. Apart from members of security forces who manage the curfew – set to end Monday morning – and the few allowed to go out, everyone is at home. Thus, stray animals have been the only passersby of places that normally teem with massive crowds.

Most of them spent the two days freely roaming the streets, sleeping on boardwalks where they would otherwise be disturbed by the commotion of humans.

A lack of people, however, also meant a lack of food for many of the animals. Animal rights activists took turns feeding them while security officers, including a newly established unit of the Turkish police tasked with protecting animals, delivered food and water to the little neighbors. Restrictions do not cover people who feed animals nor animal owners who need to walk their pets.

Yağmur Islattı, who heads a local animal rights organization in the northwestern province of Edirne, was among those on the street feeding the animals. “We have five groups of activists and municipality workers, and everyone has a schedule on when and where to feed the animals during the curfew. We can’t reach out to each animal, but we are trying to feed those in places where their numbers are high,” she told Demirören News Agency (DHA) on Sunday. Islattı says they depend on donations from the public to feed the animals as they are already troubled by the closure of restaurants under pandemic measures.

“Feeding stray animals is especially important in winter. Temperatures drop, and they need food to keep themselves warm,” Islattı said.

Spending 56 hours confined at home may be challenging for pets, said Kadir Yüksel, who took his dog out in the western province of Izmir. “We are grateful to the state for considering animals. My dog has to walk outside every day. I usually take it outside during my morning walk, but it is better now as there are fewer people on the streets,” he told DHA.

Ela Tunaboylu says having a dog makes her “free” during the curfew. “I thank my dog Boncuk for helping me to have some fresh air with her,” she said.

Another species affected by curfews are seagulls. In the western province of Çanakkale, people took to their balconies to hurl chunks of bread to hungry birds. Squawking creatures circled around the home of Meliha Alpaylı who tossed pieces of bread to the animals. “Restrictions should stay in place, but we must also feed those animals,” Alpaylı said.