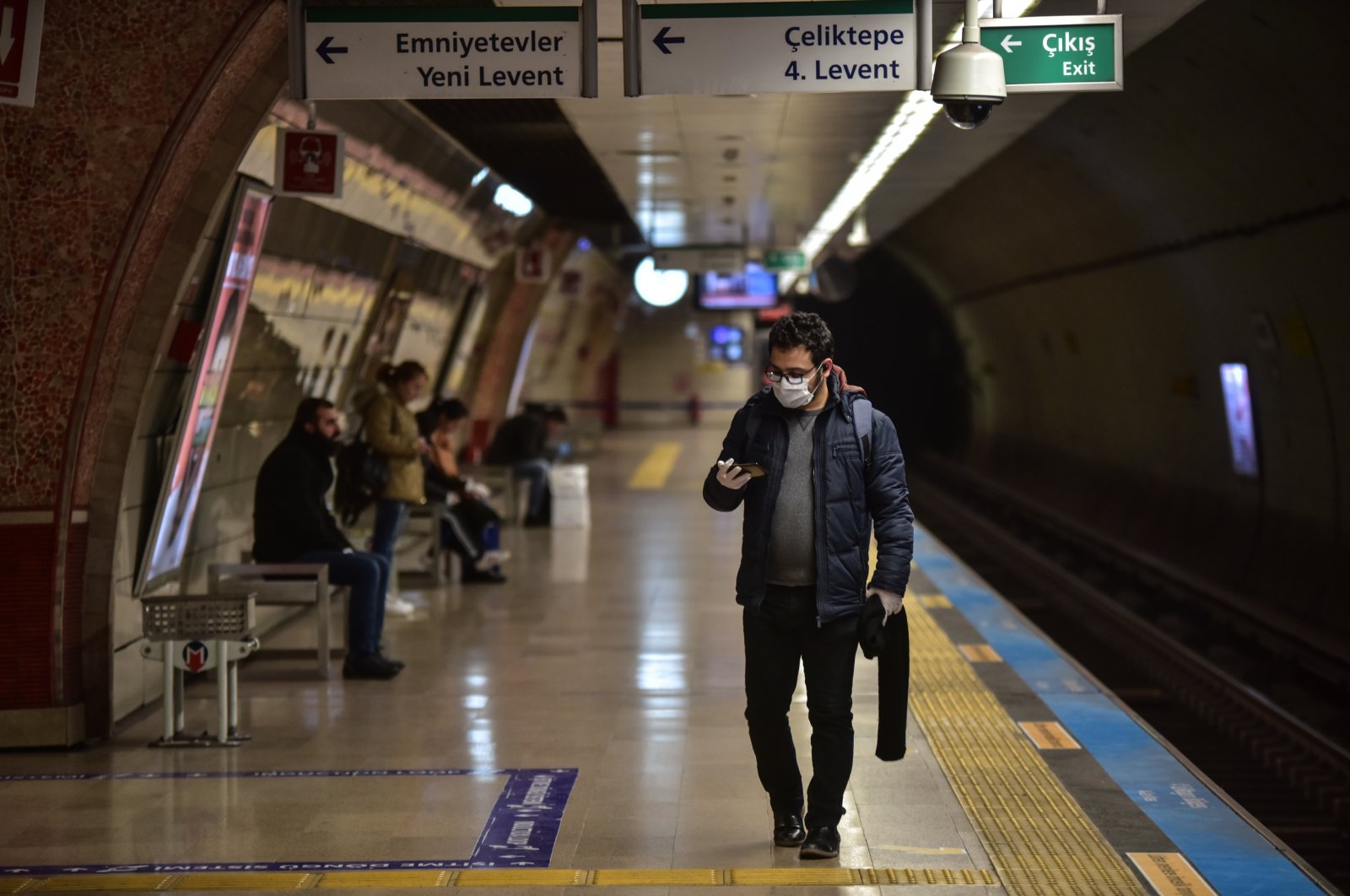 Turkey’s dramatic fight against the coronavirus continues as the death toll has risen to 30. New test kits giving faster results arrived from China on Monday, while disinfection work is underway across the country

Another week began in Turkey with a virtual quarantine in place against the COVID-19 outbreak. The country confirmed nine more deaths from the coronavirus Sunday, bringing its total number of fatalities to 30, while more than 20,000 tests have been conducted.

Turkey, meanwhile, received the first batch of rapid test kits that can identify COVID-19, the disease caused by the coronavirus, in 15 minutes. The plane carrying the test kits arrived from China at Istanbul's Atatürk Airport early Monday. The equipment was brought by Turkish Cargo, a subsidiary of Turkey's flag-carrier Turkish Airlines (THY). Officials who picked up the cargo then transported it to Bakırköy Dr. Sadi Konuk Research and Training Hospital. The Health Ministry said the tests will be distributed to all 81 Turkish provinces. The rest of the 2 million kits ordered by Turkey will arrive in the country in the upcoming weeks. Health Minister Fahrettin Koca said at a press conference on Monday that 300,000 quick test kits will arrive from China by Thursday. The minister also stated that Turkey has medicine shipped over from China that has proved effective in treating the coronavirus, and health personnel have started administering it to the patients under intensive care units. "We have patients who are recovering from COVID-19. We will release details on recovery rates in the coming days," he added.

In the meantime, strict measures against the virus remain in place, from a curfew for the elderly to closure of crowded venues. Workers across the country also continue disinfecting public venues.

More than 11,000 people who arrived in Turkey from abroad have been quarantined in 36 dormitories across 23 provinces, the country's youth and sports minister said Monday. Minister Mehmet Kasapoğlu said Istanbul is currently hosting 1,955 people, Ankara 3,058, Konya 2,180, Kocaeli 891 and Isparta 586.

Life at home for millions

As the government urged people to stay at home and not to step outside if not absolutely necessary, it also introduced new options to encourage people not to do so. The latest step was a new work regulation for civil servants, allowing them to work from home and in shifts to reduce the number of public sector employees in state-run institutions.

The Ministry of National Education also began airing broadcast school lessons on Monday as part of distance learning measures to prevent the spread of the virus. Students already had a one-week recess.

National Education Minister Ziya Selçuk taught the first class to millions of students at 9 a.m. local time. First addressing the parents, Selçuk said the world was going through a challenging process due to the COVID-19 pandemic and that schools were closed for a while with the launch of distance education.

Selçuk urged students to write about current events going on in the world as it dealt with the coronavirus pandemic. "I would have liked to write about these days and leave a note in history," he said, adding: "Don't think about who would read it. I look forward to reading about these days from your pen in the form of plays, poems or short stories. Please write."

On March 13, Turkey announced that all educational facilities from primary schools to universities would be shut so the virus could be contained in the country.

The remote lessons will be available online and on TV. Students will be able to benefit from the Education Information Network (EBA), where lessons can be monitored online with the participation of teachers and students, according to Selçuk, with six TV channels specially reserved for educational use to air them until the end of the pandemic. Depending on the grade and student, a variety of lessons such as Turkish, math, social studies and physical sciences, English, biology and geography will be aired for 20 minutes each, one after the other. Students will also be able to watch the lessons later in the evening, and they will also be available on the EBA website.

Turkish defense firms are supporting the domestic production of medical ventilators, which are critical in treating COVID-19. With severe shortness of breath a hallmark of COVID-19, the global pandemic has increased the need for medical ventilators, resulting in fresh impetus across the globe to research and manufacture the devices. A Turkish technology venture, BIOSYS, has produced the first Turkish-made medical ventilator device after five years of research and development.

Selçuk Bayraktar, the chief technology officer of unmanned aerial vehicle (UAV) producer Baykar, said Sunday that his company ordered 250 ventilator devices from BIOSYS to support the company. Baykar will donate these devices for the government to use in hospitals or to send to friendly nations, Bayraktar said on Twitter. Bayraktar also heads the T3 Foundation – the organizer of the country's largest aviation and technology event Teknofest. "I invite all our Teknofest stakeholders and those who want to contribute to participate in this campaign as much as possible, during a period when the importance of developing domestic and national technologies has been revealed," he added. Upon the invitation, Turkey's defense giants ASELSAN and Havelsan, as well as Turkish Aerospace Industries (TAI), announced that they would also support BIOSYS. ASELSAN CEO Haluk Görgün said the defense company had also ordered 250 devices from BIOSYS. "We have decided not only to order the devices but also to provide engineering and infrastructure support to all domestic and national companies producing in this field," he noted.

Havelsan General Manager Ahmet Hamdi Atalay and the head of TAI, Temel Kotil, also said their companies would participate in the campaign to support the production of the domestically made device. Following the firms' messages of support, Minister of Technology and Industry Mustafa Varank tweeted that the ministry would continue with its national technology movement in the health sector.

Interior Minister Süleyman Soylu said some mask producers were hoarding masks in warehouses, presumably to sell them for high prices, and warned that their factories will be seized by the government if they do not sign contracts to sell masks to the Health Ministry. “We carried out raids on mask producers (over the weekend) and checked their stocks. The Health Ministry will pay good money for those masks they are hoarding. If they do not comply (by late Monday), we will confiscate their factories on Tuesday,” Soylu was quoted by Turkish media outlets as saying.