Bear cub gets window on world with help of Turkish vets 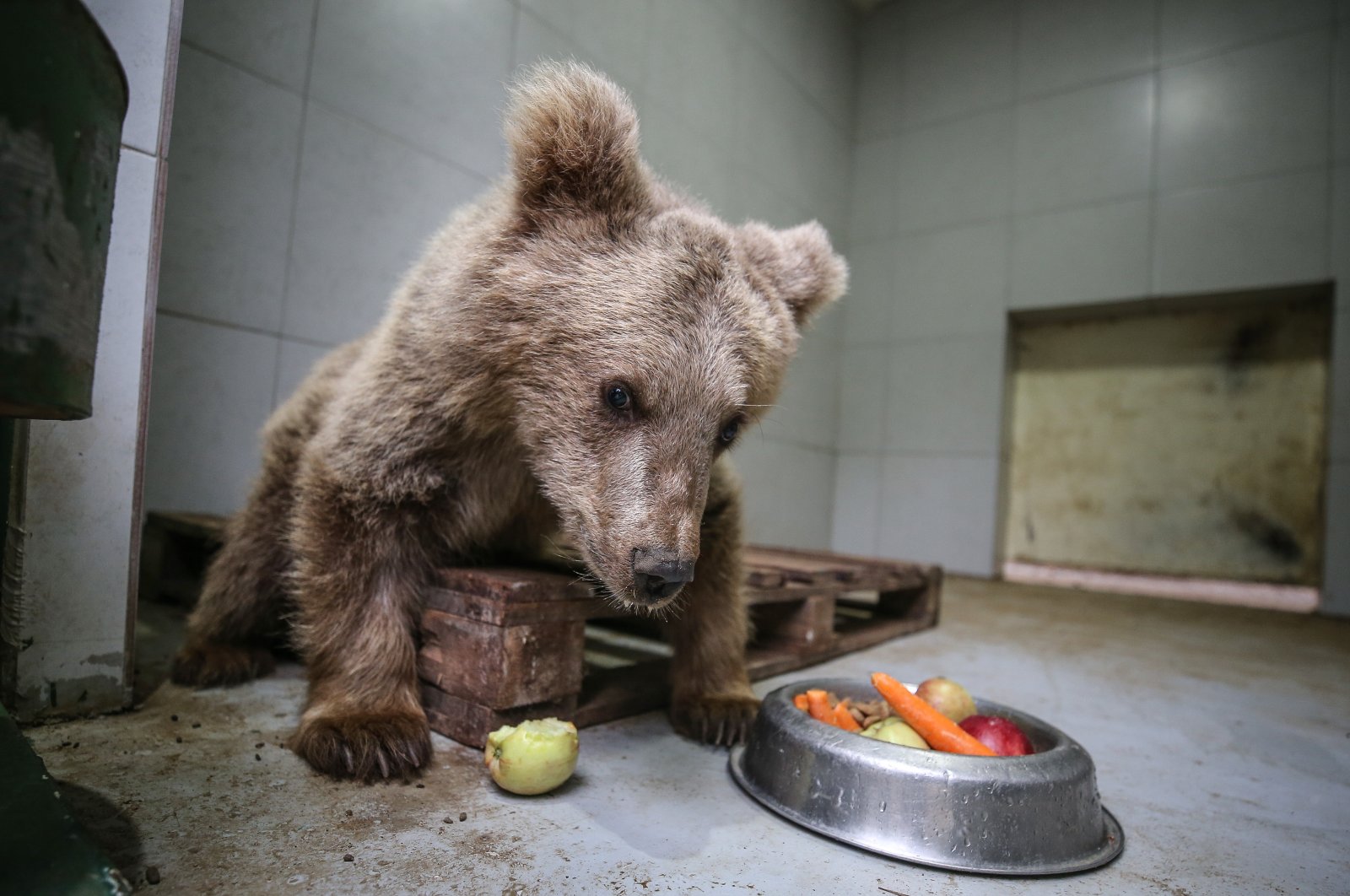 Bear cub Turkuaz sees and eats his meal in the Wildlife Rescue and Rehabilitation Center in Karacabey in Bursa, northwestern Turkey, Oct. 17, 2021. (AA Photo)
by Anadolu Agency Oct 18, 2021 10:00 am

A visually impaired bear cub is showing improvement after treatment by dedicated Turkish veterinarians, and now can partially see for the first time, his doctors said Sunday.

The 8-month-old bear cub, named Turkuaz, was taken into special care at the Wildlife Rescue and Rehabilitation Center in Karacabey in Bursa, northwestern Turkey. His sight has been impaired since birth.

The rescue center takes in bears in need and rehabilitates them. Bears who are unable to live in nature are taken care of at the center. The center currently has 74 brown bears and 10 cubs in its care.

Turkuaz was brought to the center by members of the public from Tunceli, eastern Turkey.

Azizcan Sezer, who heads the center, told Anadolu Agency (AA) that after a month of nonstop treatment, the lucky cub can now partially see.

“He is one of the bears in the center that we take special care of. We have progressed in his sight and we will continue his treatment so that he can see better. Our baby bear is only 8 months old, one of our youngest bears. He has been a source of joy for us here,” Sezer said.