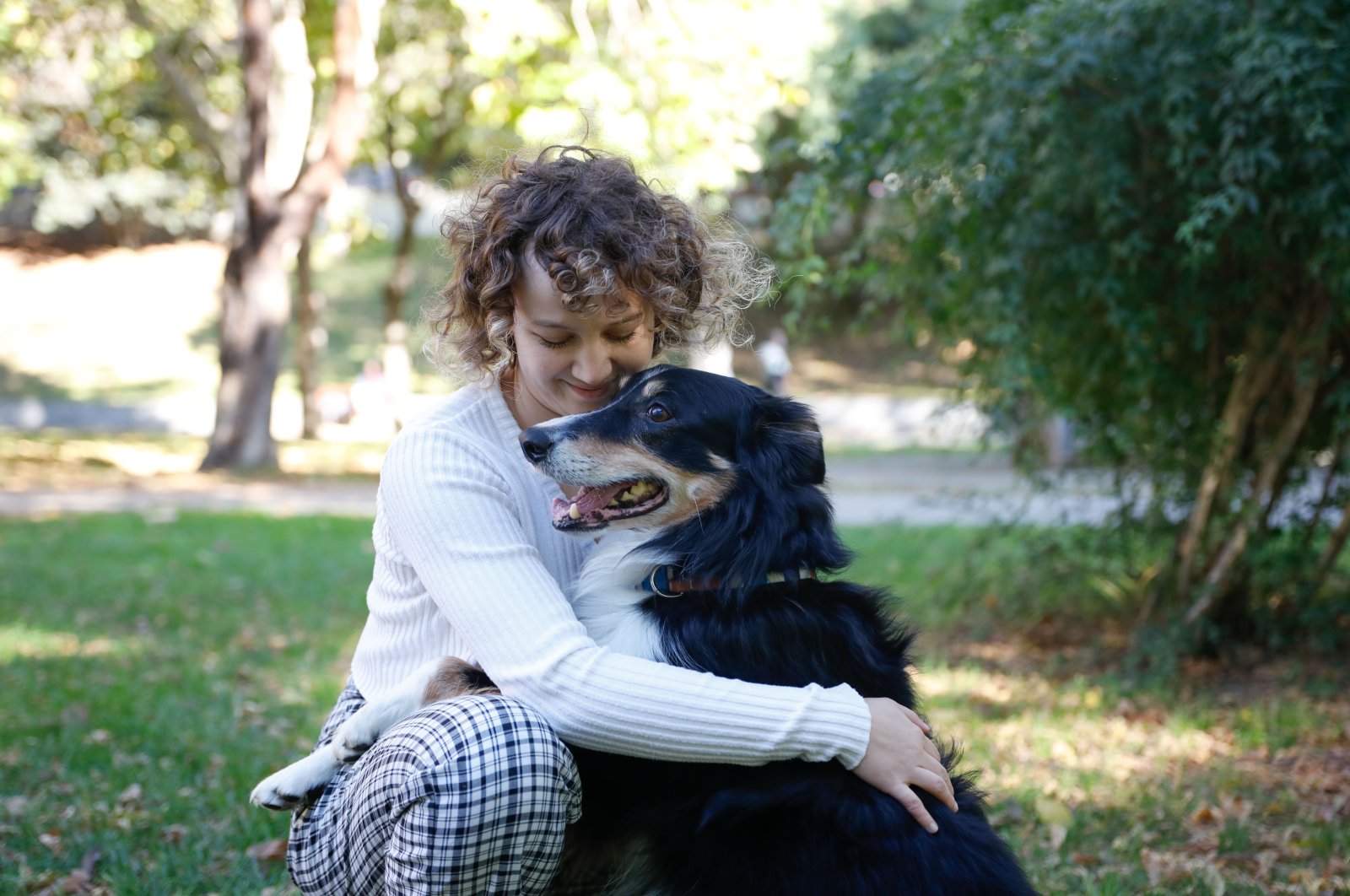 Irem Okyay was only 12-years-old when she was diagnosed with the onset of schizophrenia. The recommendation of a children’s developmental disorders expert for the young girl to get a dog changed her life. Now 23, Okyay counts her friendship with “Cash” as her way out of the mental illness and still devotes a large part of her time to the energetic dog.

“I always wanted to have a pet and Cash came into my life then. We spent good times with him,” said Okyay, who now joins competitions for dogs and attends seminars on canines with him. “I was not a social person before Cash. I started talking to him about everything. I used to spend my all time at home before but when he came, I started going out more and socializing. We learned a lot from each other. When I found out I can train him, I did so. I am so happy to have him in my life,” she told Demirören News Agency (DHA) in Istanbul on Monday.

Okyay was first administered drugs to cure her disorder. “She was cutting off her ties with real life and we found out that she was spending more time with her imaginary friends,” Irem’s father Tarık Okyay said, recounting the early days of the young woman’s diagnosis. “We were worried and consulted with a specialist who recommended us to find a dog for Irem. Specifically, she told us to find a breed that would keep her occupied all the time. After research, we discovered that Border Collies were perfect for this,” he said, referring to the herding breed which is known as an “athletic” type. “She was delighted when we showed her the photo of the dog we would buy. Once Cash joined us, we suspended administering drugs to Irem and it paid off. It took only three months for Irem to recover from her disorder. I remember asking her if her ‘imaginary friend’ has disappeared and she confirmed by saying that she chose ‘Cash’ over her friend,” her father said.