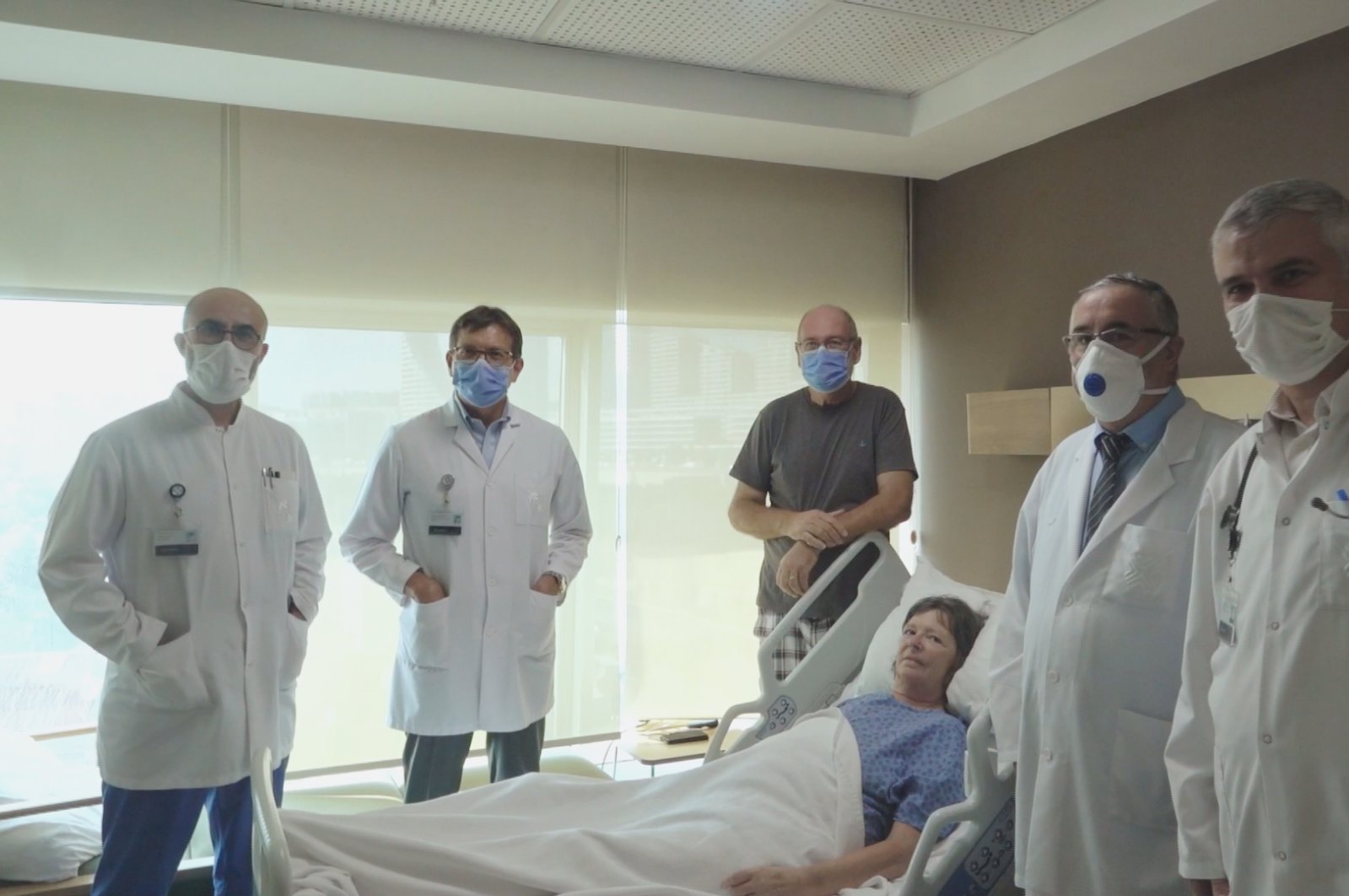 A team of Turkish doctors and a historic surgery for Turkey nursed Margaret Alice Ping back to health. The 66-year-old British woman, who lives on the Greek side of the island of Cyprus, sought treatment in Turkey for a heart condition. Doctors at Medipol Mega University Hospital in Istanbul performed a rare surgery that took eight hours and removed a tumor that affected Ping’s kidney, liver, lungs and heart.

“A doctor in Cyprus suggested visiting this hospital. Here, doctors told me I was at risk of sudden death and would need multiple, simultaneous surgeries. I agreed and everything went smoothly,” she told Anadolu Agency (AA) on Tuesday, a few days before her expected discharge from the hospital. “I was surprised. I did not expect that doctors would be that good in Turkey. I will recommend all patients seek treatment here,” she said.

Özcan Yıldız, an oncology professor at the hospital, said the patient was suffering from respiratory problems when she was admitted. “She had an earlier brain surgery and our examination indicated a tumor in the kidney. A clot in the right kidney has advanced to the heart. This was a rare condition. We came together with doctors from other branches. It was a big, risky surgery. Mrs. Ping, herself a retired nurse, accepted the risk,” he said.