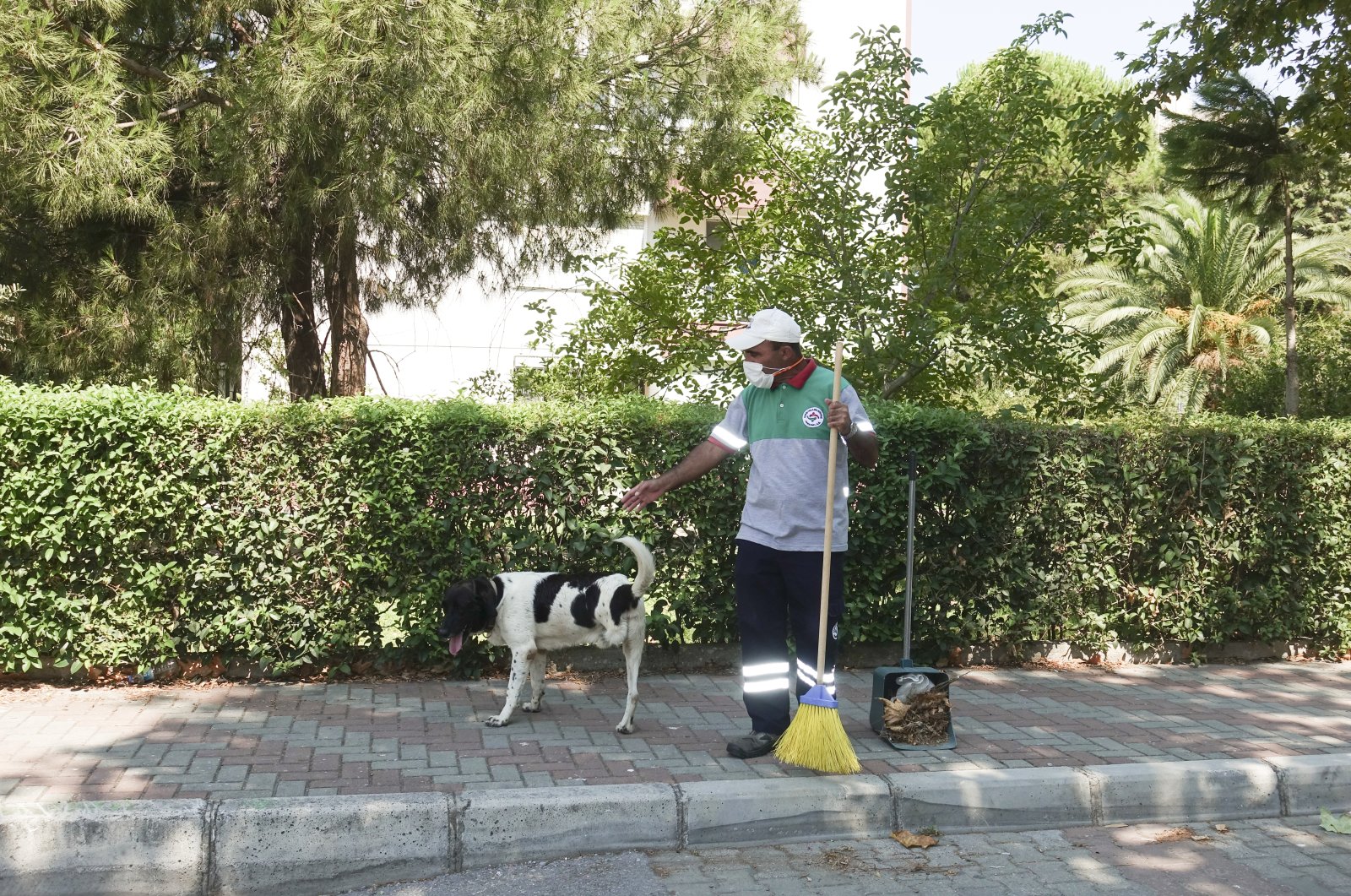 It was just another ordinary day for street cleaner, Mustafa Sağsöz, until he caught the eye of a three-legged dog on the streets of Karşıyaka, in the Aegean city of İzmir.

Sağsöz gave the canine, who had apparently been named “Kola” by the locals, a short pet, immediately forming a bond. Kola followed the street sweeper around until the end of his shift.

However, the very next day going back to work, Sağsöz, a self-described animal lover, was greeted by the sight of Kola waiting for him as if they had agreed to share the workload from then on out.

That was five years ago.

Little did Sağsöz know at the time, however, it would mark the start of a lifelong friendship that would turn the duo into somewhat local celebrities.

The pair still work together every day, with Kola trying his best to keep up despite his handicap and Sağsöz making sure the streets of Karşıyaka are as clean as can be.

Speaking to Anadolu Agency, Sağsöz explained how he met Kola and came to think of it as him as a son.

"It was still dark one morning when I had just started my shift and a dog approached me. I was scared it would attack me but it stopped once I told it. Then we got closer and formed a friendship. He always waits for my shift to start to welcome me and accompanies me throughout the day," he said.

"I have two children. Kola is like a third to me. I love him. He really gets me. Kola also gets along with other dogs just fine and warns me if he smells something off," Sağsöz said.

Explaining that residents of the neighborhood are always charmed by the unlikely pair, Sağsöz said people always offered to help take care of the stray.

"They keep asking me if I need anything. I buy Kola food myself, but there are many animal lovers around to help. People praise us as an example to others. It makes me happy. I think the reason Kola follows me around is because of the love I have for him,” he said.