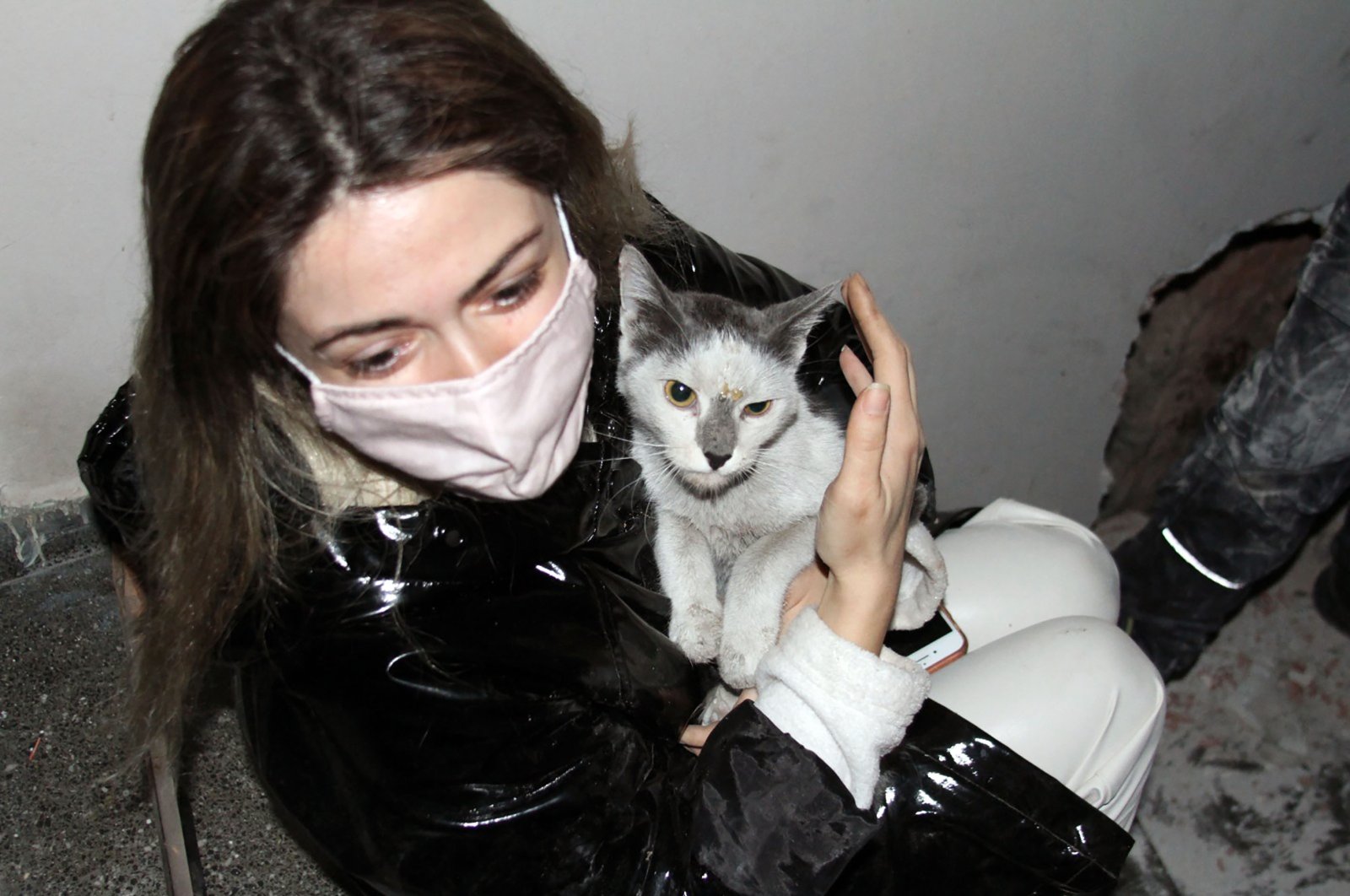 Emotions ran high when Yasemin Saymaz embraced her cat Aşık 42 days after the latter went missing during a devastating earthquake in the western province of Izmir.

It turns out the quake was not the only ordeal the feline would endure. He was found trapped inside a narrow gap between two apartment buildings in the Karşıyaka district about a week ago and was pulled to safety on Sunday. It is not known how he ended up in the gap where only an animal of his size could fit, but Saymaz said he was most probably trying to find his home and became trapped in the building, which has been empty for the past 20 days.

Locals first noticed Aşık on Dec. 8 when they heard constant meowing from the structure. They tried to rescue him but when they failed, firefighters were alerted. A search and rescue team drilled a hole in one of the two walls the cat was trapped between and pulled him to safety after an hour of work.

The cat was taken to a veterinary clinic and is doing well. Çağlayan Inanlı, head of veterinary services for the Karşıyaka Municipality, said the kitty was found very close to his home. “Firefighters located him but could not find him. Eventually, they tore the wall apart and pulled him out. We don’t know how he got in there, but he apparently endured well despite all he went through, for an animal not accustomed to life outside. We believe he tried to find his home again and again and thought this was the place,” he told Demirören News Agency (DHA) on Monday.

Saymaz, who was not at home when the 6.6 magnitude earthquake struck, said she had another cat who made it through the earthquake, but Aşık had been missing since the disaster. “He was most probably on the balcony during the earthquake and jumped. This building where he was found was closed, and I don’t know how he survived there. This is a miracle. I prayed to find him for days. I knew he was alive,” she said.

The earthquake on Oct. 30 killed 117 people in Izmir, but the miraculous survival of several infants and animals has provided a bit of solace for a shaken public. A dog was pulled to safety after spending some 65 hours under the rubble, while a cat named “Umut” ("Hope") was rescued from the debris of a building 32 hours later.