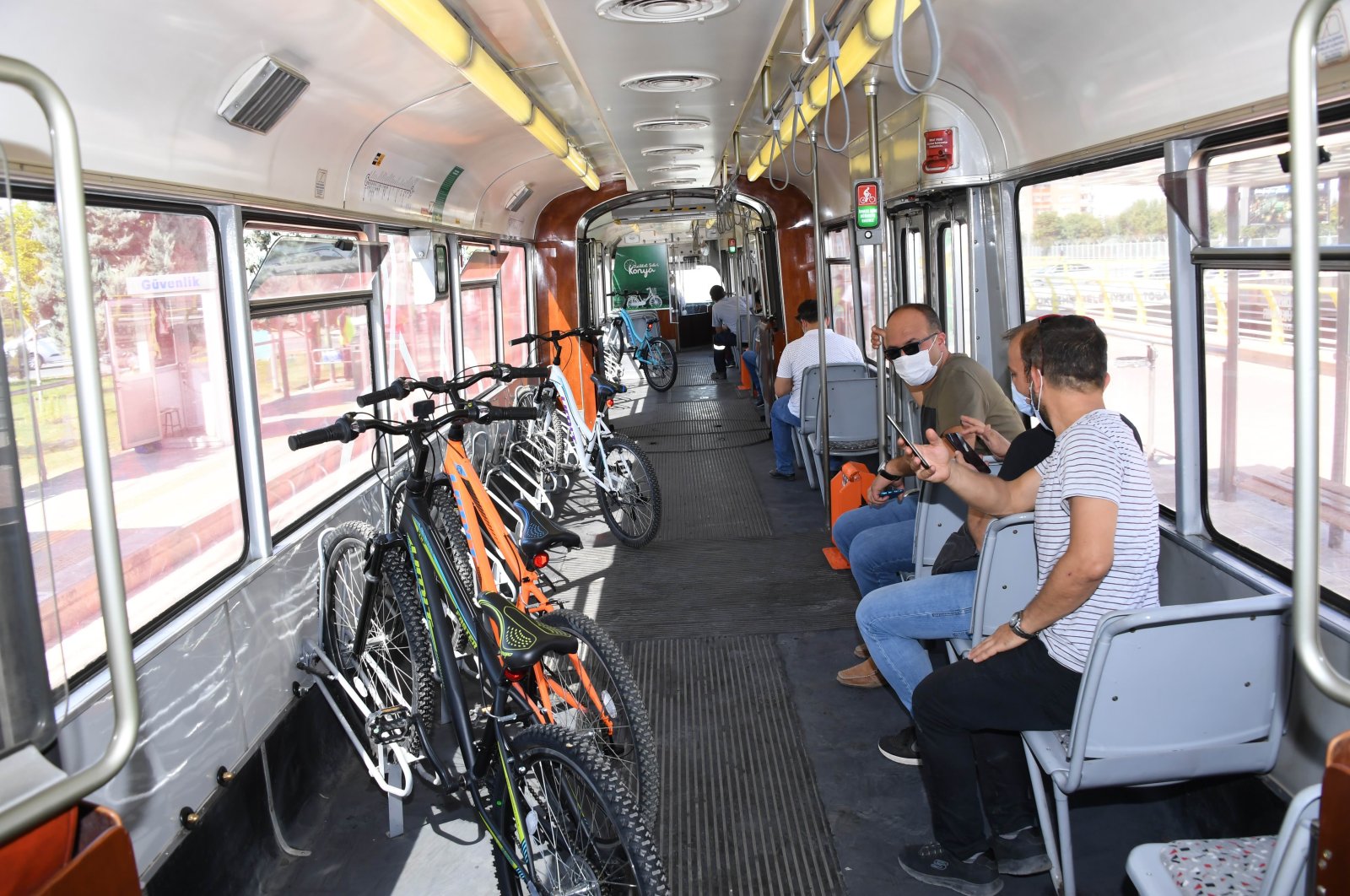 As it strives to be Turkey’s cycling hub, the central province of Konya has introduced a tram exclusively for bicyclists. The spacious interior of the tram offers a comfortable ride for residents with bicycles of the province, which boasts a 550-kilometer (341.7-mile) network of bicycle lanes, one of the longest in the country.

The local municipality converted an old tram into a “bicycle tram” as part of a project to promote bicycle use. Fifty buses operating in the province were also recently fitted with holders for bicycles. Officials say it will allow more people to travel comfortably on their bikes, be it in colder weather or for long-distance trips.

The province’s mayor, Uğur Ibrahim Altay, told journalists on Thursday as he introduced the new tram that the public valued bicycle use more during the pandemic. Altay also pledged to build an additional 84-kilometers of bicycle lanes in the next three years in the province.

The tram, modified with the removal of double seats, is fitted with holders with a capacity of 21 bicycles and ramps. It will work on a single route with stopovers at stops integrated with bicycle lanes.

Bicycle use has seen a revival in recent years thanks to more lanes built across the country. Turkey seeks to promote a healthier lifestyle and decrease emissions from motor vehicles by encouraging cycling. The country plans to establish 4,775 kilometers of bicycle lanes by 2023, in line with the centenary of the Republic of Turkey. The government has so far partially funded the construction of a total of 1,150 kilometers of bicycle lanes for municipalities and launched a campaign to increase the length of lanes in 2018. The lanes will be integrated into Europe's EuroVelo, a network of 15 long-distance cycle routes connecting the continent.

Along with urban locations, bicycle lanes are being built in protected areas such as national parks. For instance, lanes will be built between the western city of Izmir and the Mediterranean city of Antalya, a route passing through popular vacation resorts and historic sites from the ancient city of Patara to Datça and Bodrum in Muğla province. Lanes will also be built around Lake Tuz in central Turkey. Under a new regulation that came into force in 2019, it is mandatory for bicycle lanes and parking spaces to be included in new zoning plans.