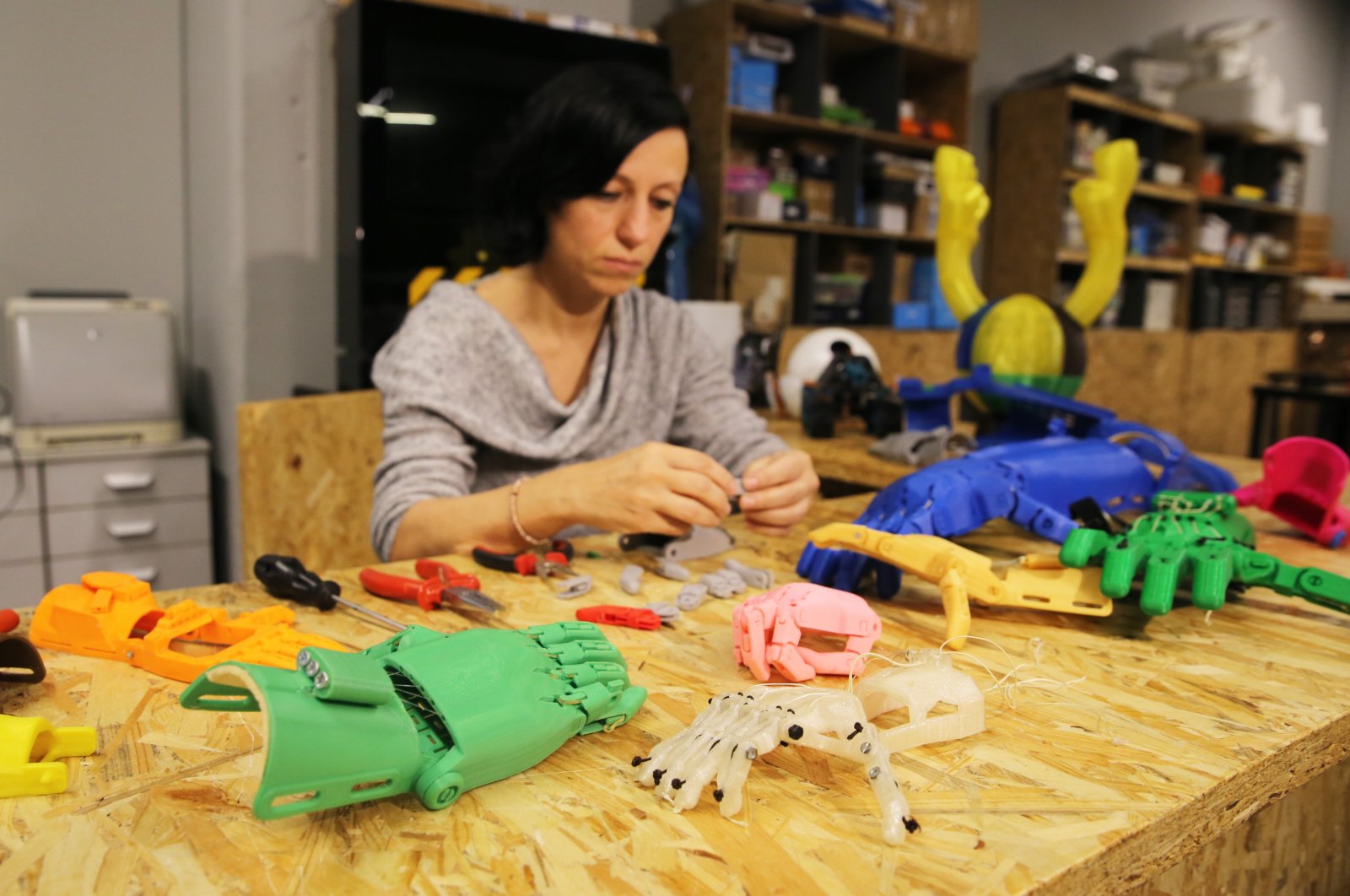 A group of volunteers, inspired by U.S.-based charity Enabling The Future, are extending a literal hand to children with missing limbs. Robotel (Robotic Hand) Association, founded by Zeynep Karagöz and her friends, design and print mechanical hands for them using 3D printers.

Karagöz, a graduate of the Department of Architecture at Istanbul’s Mimar Sinan University of Fine Arts, joined forces with two friends to use the new technology “to touch people’s lives.” She first printed a robotic hand in 2014 for 18-year-old Mehmet Ali Toprak, who lost four fingers in an accident while working for a printing company. When she saw a growing demand for robotic arms, she and others started Robotel in Istanbul in 2017.

“I found out about Enabling The Future in 2014. They were designing mechanical hands for children by tapping into 3D technology. It was custom-made and low cost. That was what I wanted to do here in Turkey,” she told Anadolu Agency (AA) Monday. When Karagöz and other volunteers published the process of fitting Toprak with a new hand, they saw a growing demand for the custom-made limbs. “The first request was from (central province of) Konya. The family of the amputee could not travel to Istanbul, and we could not go there either. Then, we decided to start a network of volunteers across the country, using social media. In time, we created a map of volunteers, and Robotel's network spread nationwide,” she said.

Yağmur Karaaslan, who was born with a deformed right hand, was the first child to receive a robotic hand in 2016. More artificial hands were produced as people found out about the charity. Robotel was awarded for its charity work in 2017 by Sabancı Foundation.

“Everyone can be a volunteer for our association, whether you are a designer or own a 3D printer or not. You can be a volunteer by simply informing others about what we do. It is a simple task. You can take the amputee’s measurements for a robotic hand and help him or her to fit it after it is printed,” Karagöz says.

Children born with organ deformities cannot have prosthetic limb implants until the age of 18 but robotic hands offer them an opportunity to help them carry out daily activities, like playing, riding a bicycle or eating. “Our printouts do not allow undertaking complicated tasks, but they can play ball, ride a bicycle and eat with them. It makes a big difference in their lives,” Karagöz says. The children also love the hands as they can choose the color or have their favorite characters printed on them. “We give them different hands with different themes like an Iron Man hand or hands in red or pink,” she said.

Though the production of hands has its limitations. Hands are unavailable for children under the age of 6 due to their limited motor skills, hence, proper use of limbs, even though it is mechanical, is difficult to develop. The hands come in two models: one is fitted to the wrist and the other to the elbow, on the existing joints of amputees. Printing a hand takes up to 27 hours. They are printed in parts and joined together by volunteers. The printed hands are occasionally replaced with new ones based on the child’s growth.