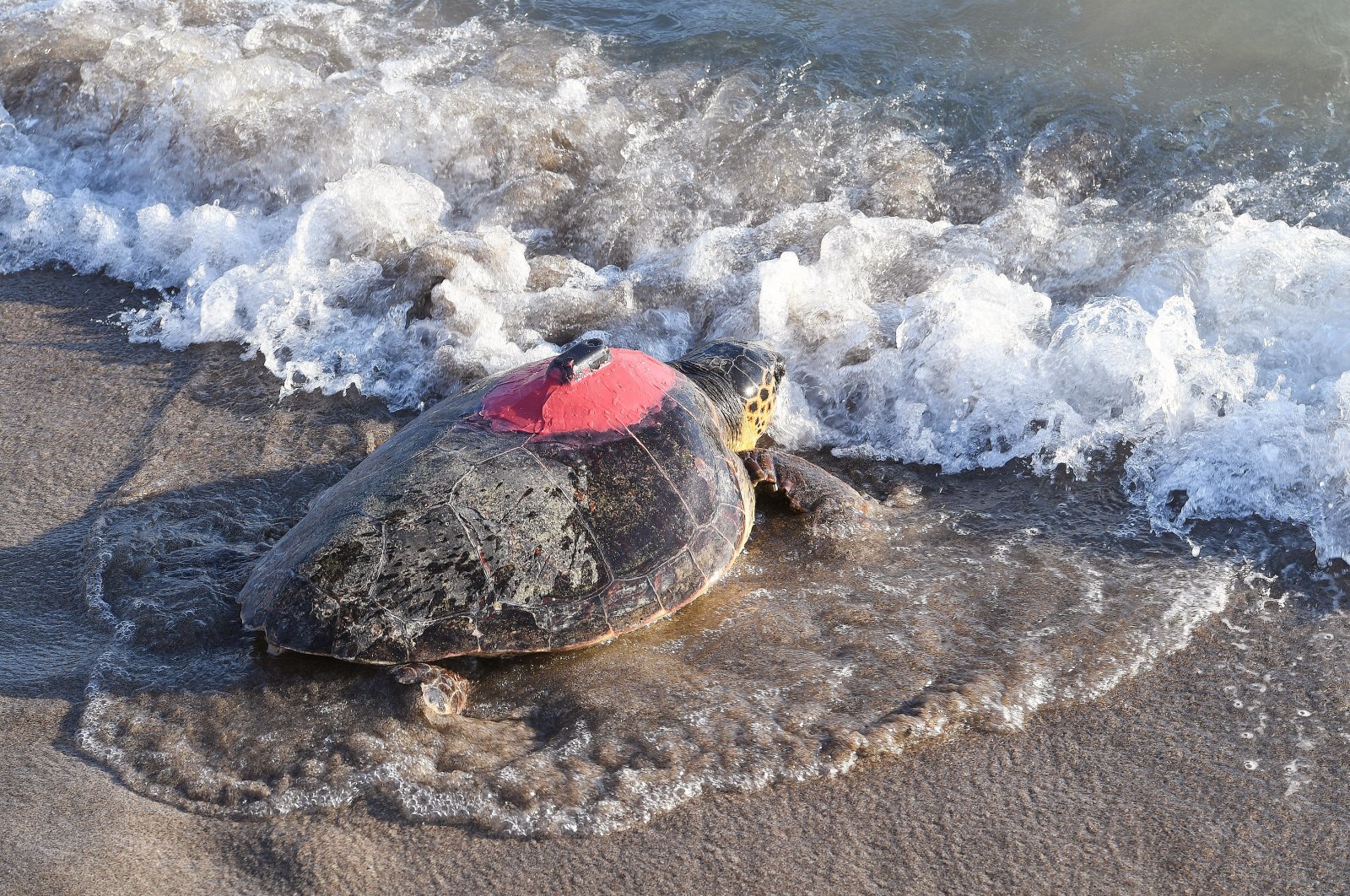 Loggerhead sea turtles, or Caretta carettas, have been nesting on Turkey's beaches for centuries and efforts for their preservation have helped the population of these marine creatures thrive again. Officials link the success to cleaner seas and tagging with microchips to track their journeys and address the threats they face at sea or on the beaches.

First lady Emine Erdoğan joined Environment and Urban Development Minister Murat Kurum for a ceremony Wednesday to release treated turtles back to the sea in the southern province of Antalya.

Fitted with chips, two caretta carettas and a green sea turtle received treated for injuries inflicted by boat propellers and fishing rods at a clinic in Antalya’s Kaş district. The animals were reunited with the sea they usually only leave for nesting. Speaking at the ceremony, Erdoğan said turtles have been inhabitants of seas for more than 100 million years. “They are one of the oldest inhabitants of Earth but unfortunately face the danger of extinction. We need to help their survival because they are essential for the ecosystem as they consume jellyfish and help the nutrition of smaller animals and keep seagrass maintained. We have to protect their habitats and paths of migration from all threats. We need to protect them from the dangers fishing and maritime vehicles pose and from marine pollution, especially plastic pollution,” she said. She said tracking chips help scientists monitor their journey and the dangers they encounter.

Kurum said activities to protect the environment in areas inhabited by the turtles helped in boosting their numbers. “They had around 1,500 nests in the 1990s and now they have increased to 8,000. The International Union for Conservation of Nature (IUCN) changed the classification of threat for turtles in our country from endangered to least concern,” he said. Kurum added that their work to clean seas and beaches also helped, noting that they have collected 72,500 tons of maritime waste so far in the past three years.

Turkey hosts 21 loggerhead nesting grounds in several cities, from Muğla in the southwest to Antalya, Mersin, Adana and Hatay in the south. Caretta caretta is the largest species of hard-shelled sea turtle and has an average lifespan of between 30 to 62 years in the wild.