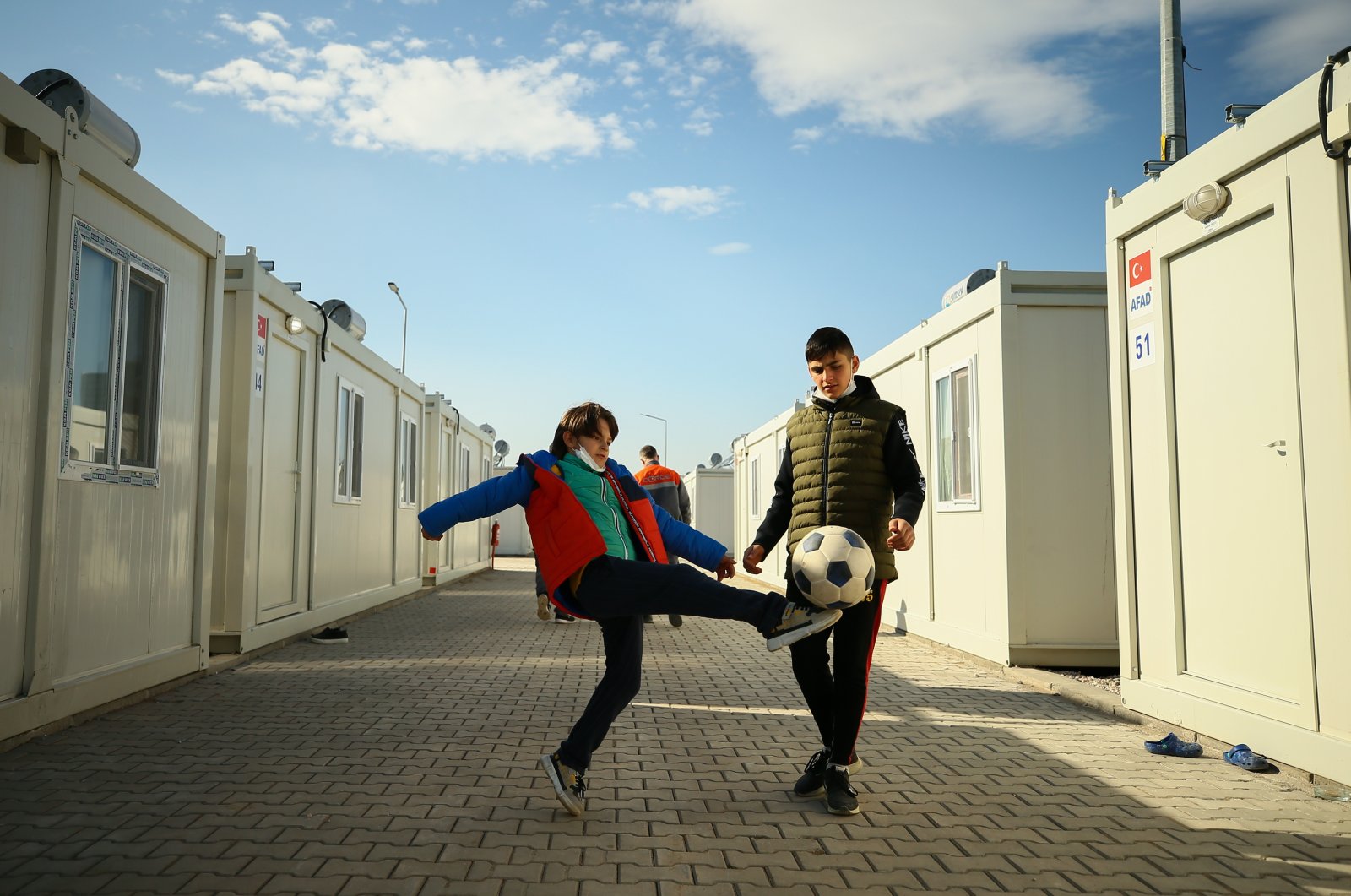 Survivors of a devastating earthquake that killed 116 people in the western province of Izmir last month are adapting to a new life in a "container city," a cluster of prefabricated units for those who lost their homes. Families whose houses were destroyed or heavily damaged by the earthquake started settling in the prefabricated units this week after moving from tents. This will be their last temporary home before the construction of new residences in the area for the survivors.

The 6.6 magnitude earthquake razed more than a dozen buildings to the ground and damaged scores of others. The government agencies and charities had set up tents in the aftermath of the earthquake, and they recently finished the installation of prefabricated units before the onset of winter. The container city set up in Bayraklı, one of the districts hit hardest by the earthquake, is nowadays no different than an ordinary neighborhood in the province. Apart from the trauma of the disaster, people have resumed their lives while children play games along the long alleys between rows of housing units.

Forty-four families have been settled in 493 temporary houses set up in an area of 46,000 square meters so far. One alley in this new city is named after Ayda Gezgin and another after Elif Perincek, two young survivors of the earthquake who were pulled from the rubble 91 and 65 hours, respectively, after the quake. Each prefabricated unit contains a kitchen, a living room, a bedroom and a bathroom. Playgrounds will also be installed in the container city soon.

Fatma Alan, a mother of two, moved in with her family on Thursday night. A house cleaner, Alan was at work when the earthquake struck while her 6-year-old daughter was alone at home. Though her home was not destroyed, it was damaged. “We were very scared and started staying in a tent. It was very cold in the tent. This place is much better. I thank everyone who helped us settle here. I finally got a good night's sleep. Kids loved it too. We have everything we need here,” she told Demirören News Agency (DHA). Her 10-year-old son Osman says he likes the place too. “I want to go around and make friends here. The container is warm and we received a new refrigerator today,” he said.

Yeşim Urtekin, who recently graduated from university, stays with her family of four in one container. “I was not at home during the earthquake, but my parents were very scared. Our house was damaged. It was sealed off and will soon be demolished. We moved here two days ago. Staying in a tent was more fun. We used to set up bonfires at night and chat, but this place is more comfortable. I think I have to get used to living here because we will be here at least for one year. At least, it is safer even if another earthquake happens,” she told DHA on Friday.

The government will soon start construction of new, sturdy residences for people who lost homes in the earthquake and those who had to evacuate damaged buildings. Initially, 5,000 residences will be built and their construction is expected to be completed within a year.