Coronavirus outbreak’s shadow looms over cemetery in the Turkish capital 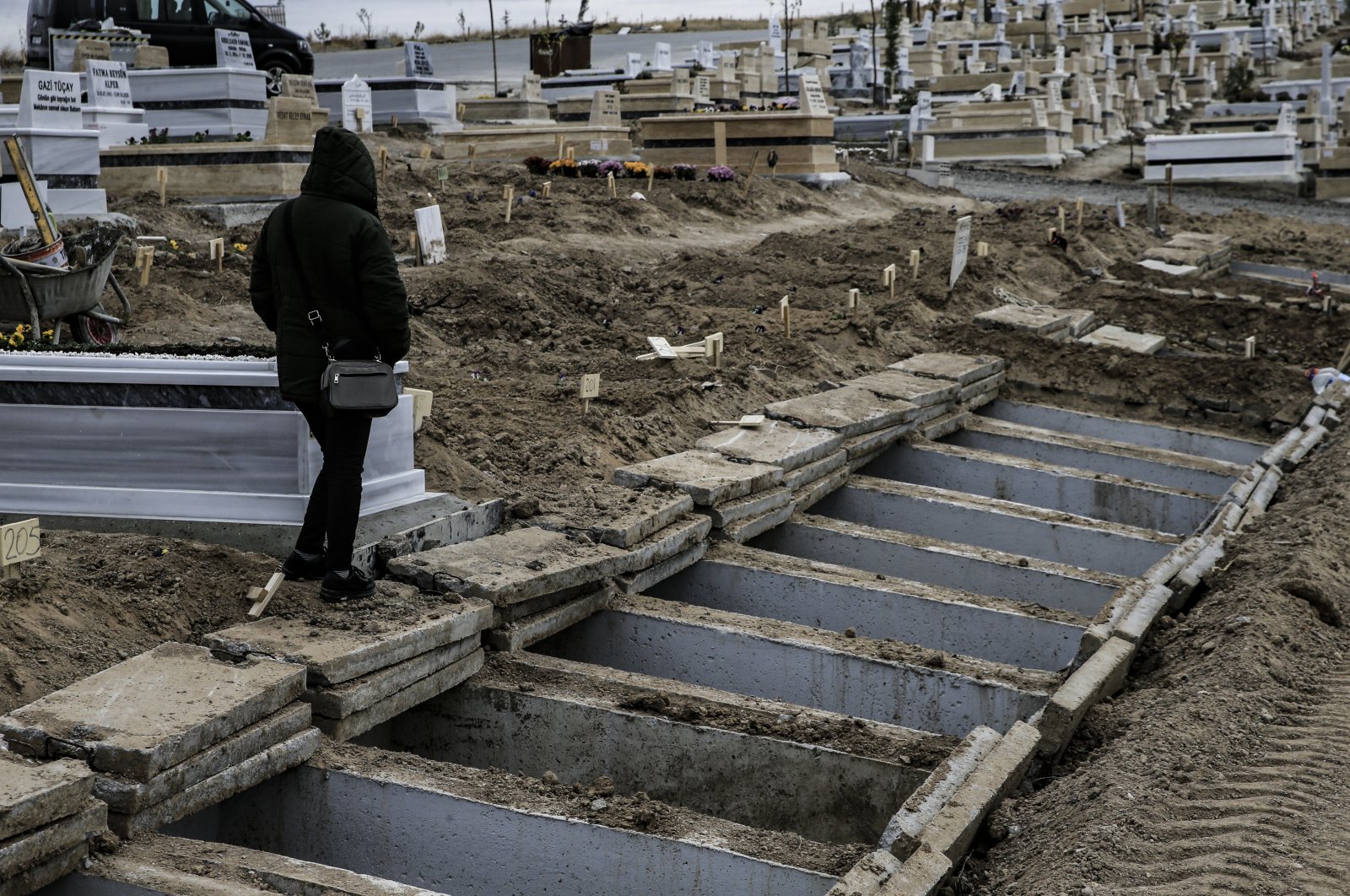 As Turkey sees a surge in the number of COVID-19 patients, cemeteries in the capital, the final destination for some patients, feel the strain of deaths and bear witness to mourners' sad stories

An eerie silence is broken by the clatter of shovels and handcarts carrying soil in Ortaköy cemetery. The burial site in the Mamak district of the capital Ankara, is quite busy nowadays. With a rise in coronavirus-related fatalities, workers strive to keep plots ready for new “occupants” in one corner while mourners weep in another and murmur prayers.

The capital, along with Istanbul, was heavily hit by the pandemic though the exact number of fatalities in Ankara is not available. Ortaköy cemetery designated a new space exclusively for COVID-19 patients. Far from the original cluster of burial sites, practically a new cemetery is being formed. Unlike other parts of the cemetery, it has fewer visitors but more new graves, where religious burial rituals are a muted, rushed occasion attended by only a few relatives of the victims.

Murat Kahriman, who lost his mother to COVID-19 in October, still wonders how she died. “She never left home. I don’t know how she was infected,” he told Anadolu Agency (AA) by her graveside. Her first symptom was fever but she abstained from going to a hospital. A few days later, she was hospitalized at the emergency ward and later, taken to the intensive care unit. Thirteen days later, she passed away. Kahriman is fatalistic but regrets that his mother did not receive the proper burial as he thought she would have. Funerals and burials, though somber occasions, are crowded affairs in the country with a large set of customs and religious rituals. Kahriman said he wanted more people to attend the burial but only he and some 10 people were allowed to attend due to the pandemic. He also laments the fact that his mother was buried in a coffin, a practice only applied to people who died of infectious diseases and people whose bodies are heavily mutilated, in predominantly Muslim Turkey. “We could not do what we should have done. Our customs mandate hosting a feast and mevlit (a recitation of prayers in a convention of the deceased’s friends and relatives held a while after the burial) but we could not,” he said.

Hakan Kömbe’s father-in-law succumbed to COVID-19 at the age of 57. It was an “unexpected” death for the family. “He was being treated at home but was hospitalized when he got worse. We always thought he would win his battle in the intensive care, at least, his situation would improve,” he said. Kömbe said by his father-in-law's graveside that people underestimate the virus unless they have lost a loved one. “People think it is something like flu but if they have someone in their family infected with the virus, they see this is a serious matter. People can easily get infected. The state does everything to protect people, but mostly, it is up to you to ultimately protect yourself,” Kömbe told AA.

Gülay Köksoy is visiting the grave of her father Ibrahim Toprak at Ortaköy cemetery. The elderly man seldom left the house and was doing well when he was hospitalized on the suspicion of COVID-19. “He had a cough and his first test was negative. He was transferred to another hospital for further diagnosis but one day after his transfer, we got a phone call and they told us he died. We were shocked,” she recounted. She later lost an uncle to the virus and urges the public to be careful about spreading the infection to relatives they spend time with.