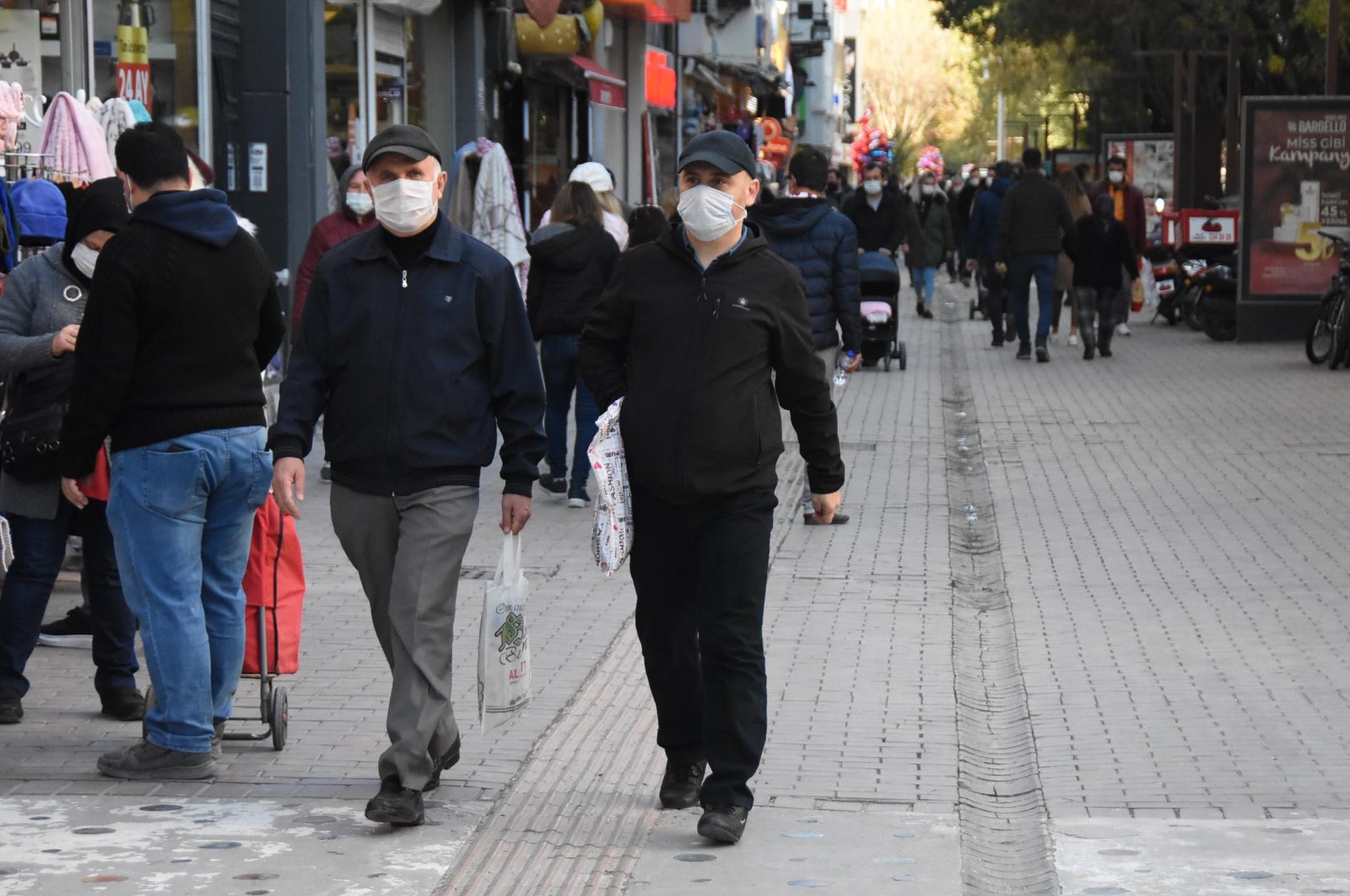 With people spending more time indoors now, a member of Health Ministry’s Coronavirus Scientific Advisory Board warns public to avoid visiting each other at home to prevent COVID-19 infections

The coronavirus situation in Turkey and the world is taking a dire turn as winter approaches. The country, which has seen a surge in the number of patients in the last month, is now wary of more people being forced to spend time at home or other indoor venues with temperatures dropping.

Afşin Emre Kayıpmaz, a member of the Health Ministry's Coronavirus Scientific Advisory Board points out the danger of "household infections" and calls on the public to postpone plans to visit their families, relatives and friends at home. "Especially in winter, such visits should be out of the question unless they are really necessary. People tend to think they are more likely to be infected by strangers, people they come across outdoors and rarely consider that their loved ones and friends can infect them too," Kayıpmaz said.

Turkey's overall tally of patients stands at more than 391,000, ahead of total recoveries which stands at 336,221. Fatalities, meanwhile, have exceeded 10,800. The total number of COVID-19 tests, in the meantime, stands at over 14.9 million.

Media outlets citing Health Ministry data say 70% of new infections stem from the same households – making home visits responsible for the rise. The authorities are now considering implementing new measures to combat further outbreaks, including restrictions on crowded meetings with friends or relatives in the same house, as well as restrictions on crowded indoor venues and mass transit.

"Infection risk at homes has particularly increased. For instance, a young, asymptomatic patient can infect older people in the same household. Those older people are at risk of suffering from the virus more than the younger members of the household," Kayıpmaz told Anadolu Agency (AA) Sunday. Although crowded outdoor events are largely restricted, gatherings in houses still continue and are difficult to control. "The longer you stay in a crowded house, the higher the infection risk," Kayıpmaz warned.

He says the number of critically ill patients has recently increased, something he personally observed at Ankara City Hospital in the Turkish capital. He explained that recovered COVID-19 patients often develop pneumonia that leads to an increase in the number of people requiring intensive care every day.

Kayıpmaz said the only way to prevent this is early diagnosis. "Younger people also tend to suffer heavily. Patients in their 30s occasionally land in the emergency ward with serious respiratory problems. Another problem is people between the ages of 25 and 49 who actively work. Some have no symptoms and recover easily but when they return home from work and ignore the rules against infections, they infect members of the household who may be elderly, or worse, have chronic illnesses. We have patients above the age of 80 who haven't stepped out of home since the outbreak began," he underlined.

Contact tracing crews work to track down those who have been in contact with patients that tested positive and their work has revealed that the majority of new patients were infected at home. Meetings with relatives and neighbors triggered a surge in infections. Although some provinces already introduced limitations on crowded gatherings at home, it is difficult to monitor individual households. Authorities have urged the public to adhere to the measures in place and avoid hosting others at home, with further warnings expected to be issued for people in the same household to minimize outside contact.

Since the normalization process kicked off in June, Turkey avoided a full lockdown and did not bring back weekend curfews that were imposed in the early months of the pandemic. New restrictions were recently rolled out for crowded venues, including a change in working hours for restaurants and cafes. Blanket restrictions are not being considered as of yet and it is up to the pandemic board of each particular province to decide the degree of the restrictions.

VALUE OF ONE BREATH

Turkey, in a bid to keep daily life going, largely relies on people's compliance with measures, such as wearing masks and maintaining social distancing rules. This is what Celal Köse wants people to adhere to as he recounts his battle against the virus. The 48-year-old mayor of the central province of Yozgat, says he learned the "value of a single breath." "It meant the world for me," said Köse, who was diagnosed with the virus on Oct. 1.

The mayor went through a troubled process after his first diagnosis. After initially quarantining at home for five days, he was taken to a local hospital when his condition worsened. After a seven-day stay there, he was taken to another hospital in the capital Ankara for further treatment and was discharged after two days of treatment.

He told AA that he had been very careful since day one against the virus and always wore a mask and paid attention to distancing and hygiene rules. Yet, he started feeling a pain in his throat as he was busy coordinating efforts against the virus in his province. It was at a time when the virus patients were increasing in Yozgat, a province of about 424,000 people. "I was administered drugs and rested at home for a few days but I had to go to the hospital when I started suffering more. It got worse and they took me to another hospital. I only recovered by the efforts of the doctors and God's will," he said.

For Köse the worst part of the disease was the impact it had on his breathing. "You realize how important it is to breathe. I felt like my lungs shrank to the size of a small fist. I was sweating, getting tired while trying to breathe. It was very bad. May Allah not test anyone with this disease," he said.

Now back to his duties, Köse calls on locals to heed every warning by the Health Ministry. "If people comply, we will get rid of this outbreak sooner," he said.