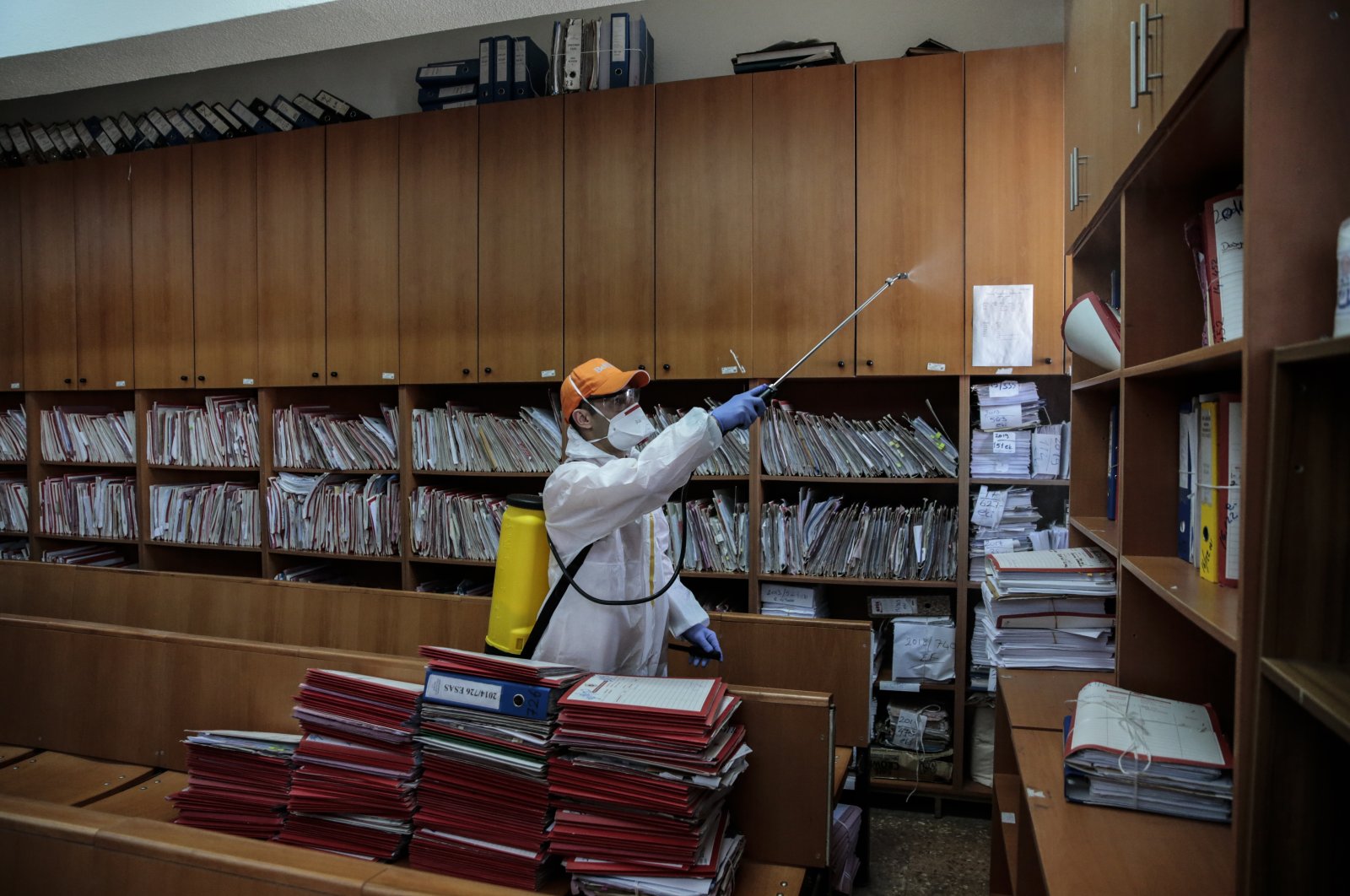 With six coronavirus cases reported in one week, Turkey urges public to go into self-quarantine. Over the weekend, thousands of people returning from Saudi Arabia to perform the Umrah pilgrimage were placed in quarantine while return flights from Europe ended on Sunday

Turkey closed its borders and halted most international flights but struggles to keep ahead of the coronavirus outbreak that threatens the world. Authorities repeatedly warn the public to not travel abroad and if they do so, to impose self-isolation for 14 days. Though the number of cases rose to six in the past week, no deaths were reported and the government assures the public that measures are in place while recommending precaution for all.

It remains a challenge to impose quarantine for everyone returning from abroad but the government managed to arrange quarantine for a large crowd that returned from Saudi Arabia after performing umrah or lesser pilgrimage in Islam. Thousands are being accommodated at student dormitories in the capital Ankara and central city of Konya for quarantine. Dormitories were already emptied as Turkey announced a mandatory break for universities and grade schools. The country also rescheduled the final day for return flights from Europe for Turkish nationals from March 17 to Sunday.

Meanwhile, social media users pointed out that some celebrities ignored the self-quarantine warning, criticizing them. Singer Kenan Doğulu and actress Beren Saat were among those facing criticism for skipping self-isolation after returning from London last week and attending events in Turkey.

Turkish nationals in European countries affected by a recent travel ban amid fears of spreading the coronavirus were able to return home by yesterday. Turkey earlier suspended flights to nine European countries, including Germany and the Netherlands, until the second week of April.

All passengers returning from the umrah pilgrimage since Saturday have been placed in separate rooms of dormitories as part of coronavirus quarantine measures, the Turkish health minister Fahrettin Koca announced Sunday.

Fahrettin Koca said on Twitter that people suspected of the coronavirus were taken to a hospital to be tested. Earlier, the minister "insistently" asked the passengers returning from umrah not to leave their homes and not to accept visitors for 14 days. "Passing the medical screening does not mean zero risks," he said, adding that, unfortunately, the coronavirus test of a citizen who returned from umrah in the last week turned out to be positive.

Koca added that those already returning from umrah underwent necessary medical checks against coronavirus risk. Some 40,000 people returned recently and 29 had suspected symptoms, authorities say, though none tested positive for coronavirus.

On Feb. 27, Saudi Arabia suspended the entry of pilgrims seeking to perform umrah. Following the decision, Turkey has also suspended new registrations for umrah but said that there was no change in the return dates of the umrah pilgrims.

After an hourlong cabinet meeting under the leadership of President Recep Tayyip Erdoğan last week, Turkey has rolled out a series of new steps against the coronavirus, from new flight suspensions to closure of schools and a ban for spectators in sports events. Culture and Tourism Ministry also announced on Sunday all public libraries will be closed between March 16 and March 30.

A report in the Turkish language daily, Sabah, said the country will adopt more measures starting Monday in the public sector while the private sector will also be advised to take precautionary measures against the virus.

The elderly citizens remain in the high-risk group and the government will ban senior citizens with chronic illnesses from leaving the caring homes they stay while those places will be closed to visits.

Mass events, vocational training programs will also be postponed and digital means will be used for essential meetings. Some companies already adopted working from home practices. Job interviews were also suspended in the private sector but the state-run employment agency (İŞKUR) decided to run interviews for public sector hirings online.

The public sector already issued paid leave for the elder staff, pregnant employees and employees with chronic illnesses while private companies consider increasing the shifts to reduce the number of employees working at the same time.

The government will also make it mandatory to wear gloves and masks for people working in businesses involving frequent money transactions and cargo deliveries.

As mask consumption around the globe grows amid the coronavirus outbreak, doctors in Turkey are warning against their misuse as the devices can cause infections. Gülay Kılıç, an infectious disease doctor, said despite warnings, the N95 masks are used incorrectly, supplies are low and there are not enough masks for health care personnel who need them. It is very difficult to use the masks because once they become sweaty, in a short time it can cause infections, Kılıç said, and noted only patients with weakness and fatigue should wear masks. Dr. Alpay Azap, a member of the Health Ministry's Coronavirus Scientific Advisory Board, said doctors suggest the use of the masks if one's immune system is low or is in an at-risk group for the outbreak, that is if one is elderly or has heart and lung diseases.

Azap said people use the N95 masks because they think it "protects better," however, the masks are used in very special cases by the health personnel. "We use it only in intensive care while caring for these patients; the citizen doesn't have to use it under any circumstances. "To use those special masks the medical staff are trained and educated, so the masks must be worn properly," Azap said. "I see people wearing the N95 in planes and airports and I have never seen a single person wearing it right!" Azap said due to the lack of masks, they are often reused for a few days and in some cases washed and worn again, which is the biggest invitation for infections.

Kılıç said there was a perception that the virus will end when the weather gets warmer but that is not completely true. "Previously we had also seen influenza, MERS and SARS and in the era of easy transportation, we always expect such diseases. "In every three-to-five years it will make a peak, the viruses will mutate and infection in the remotest part of the world will surely reach us," she said. She added that mobile phones should also be kept very clean because viruses can stick to them from six hours up to two days and once touched with dirty hands it could turn into a vicious circle.

Azap points out that cleaning phones a couple of times daily would be enough and to avoid contact with the face, headphones could be used. "The amount of the virus is also important in this case because there is a really less possibility of getting ill by just one virus the amount of virus that needs to make somebody infected has to be more than that. "There is no such data that shows us that cell phones are one of the sources of this epidemic, so there is no need to worry about it," he said.

Recovery from the virus is not that easy, Kılıç said. 80% of young people improve from the virus easily; 10 to 15% feel like it is the flu and 5% have to be taken to intensive care units. Azap says smokers are among the highest risk group. He said 15% of patients recover with oxygen support, but there is still no cure and emphasized people recover from viruses on their own just like with a cold or the flu.