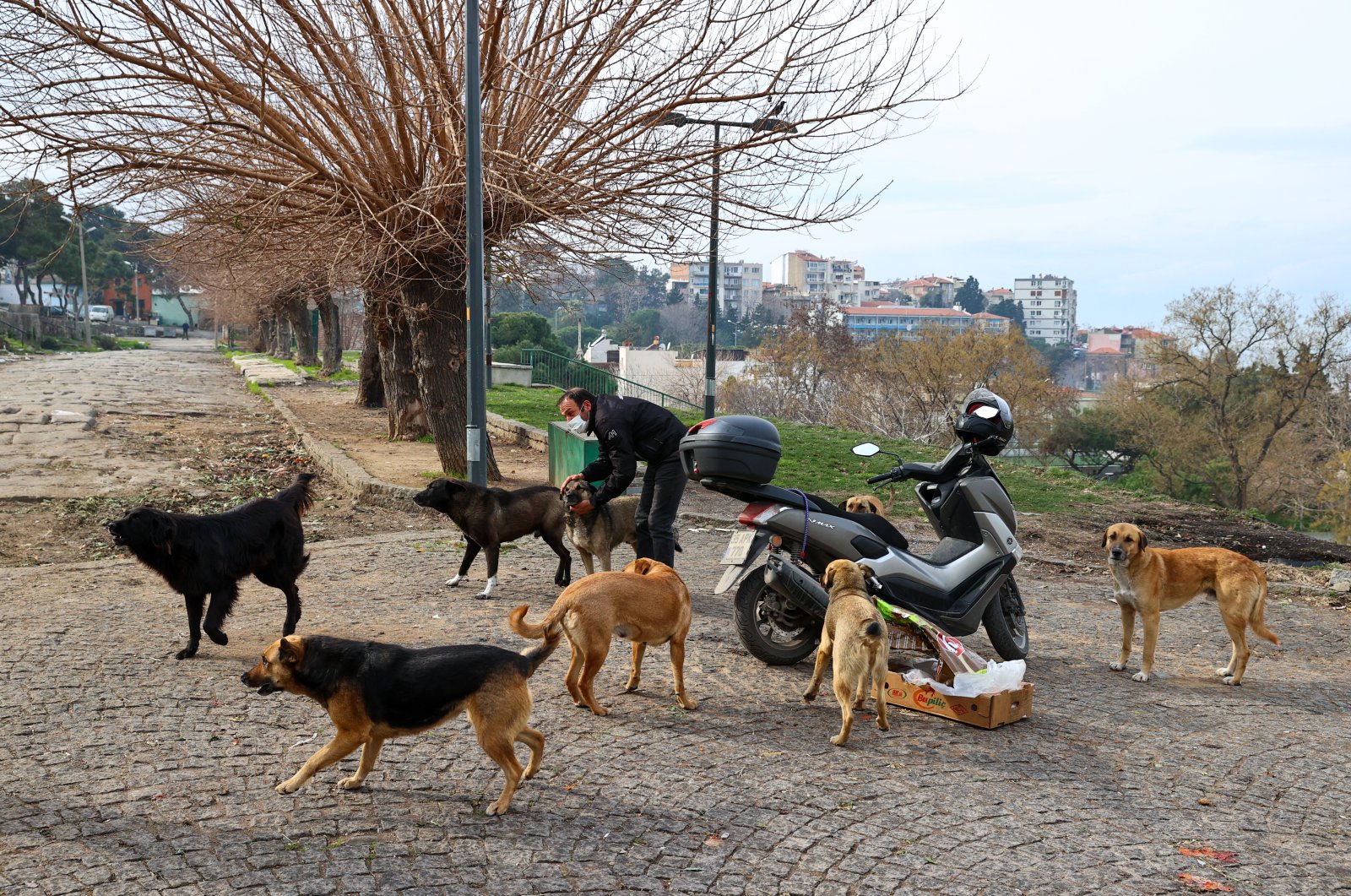 A courier in Turkey’s western Izmir province gets on his motorcycle to feed animals across the downtown and has helped countless strays for the last 15 years, Anadolu Agency (AA) said in a report on Sunday.

Murat Mogol, an animal lover and a motorcycle courier, shines with his passion to help animals all across his district. Inspired to start his efforts after finding a sick cat on the street, he has been providing for the animals for the last 15 years.

Also a local animal protection volunteer, Mogol has intensified his efforts to help the animals, who have been in further need of water and food in the face of the curfews imposed to battle the coronavirus pandemic.

According to the AA report, Mogol demands leftovers from restaurants and food markets to distribute them to the animals and buys dry food if he can’t get his hands on leftover foods.

Touring around the central Konak district of Izmir, Mogol provides food and water to over 500 animals and also expects support from fellow animal lovers.

Saying that he feeds over 450 cats and over 70 dogs every day, Mogol told AA reporter that the animals can only sustain if they can get enough nourishment.

Underlining that he is having trouble finding leftover food now that many restaurants are closed, Mogol added that he continues to help the animals in the face of all difficulties.

“These animals can sustain their lives even if they take a single bite in such harsh weather conditions,” he said.

Mogol also said that he has acquired his local animal protection volunteer certification card and presents it to the police officers when they stop him over curfew violation concerns.

“They tell me ‘Godspeed!’ and let me pass. We are currently having many problems with regards to sterilization and treatment. But the biggest issue is finding food to feed these animals,” he said.

“If they can’t eat for a couple days, they unfortunately can’t sustain their lives. They have eaten their food today, but they will need another round tomorrow. And I’ll try my best to find food fort hem, and if I can’t, I will try to buy dry food for them to keep them alive,” he said.

Mogol also underlined that his efforts are constrained by the amount of food he can get his hands on, and if people support him, he can help more animals and he will try his best to be of more help.

After the pandemic, the Interior Ministry urged local administrations to leave food at the designated locations on a regular basis so that the animals would not starve. Stray animals are receiving less food from locals as all are urged to stay home and much fewer people are on the streets.

"Food and water will be left at the living environments of street animals such as parks and gardens and particularly animal shelters," the ministry said.