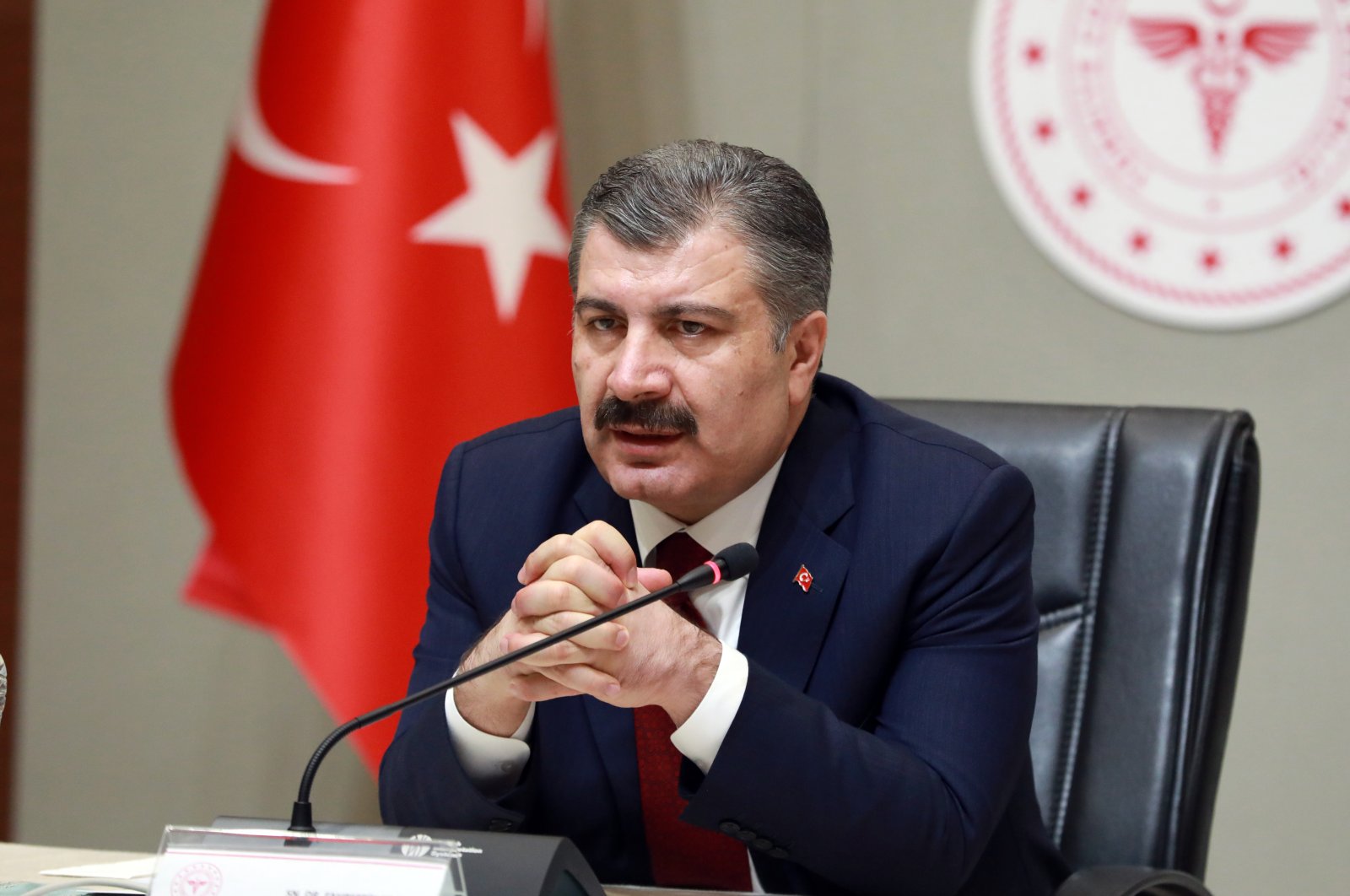 Deaths related to COVID-19 in Turkey have risen to a total of 277, while the total number of cases has reached 15,679, Health Minister Fahrettin Koca said Wednesday, during a press conference following a Science Council Meeting on the deadly disease outbreak.

The health minister said 14,396 tests had been conducted since the previous update on Tuesday afternoon, with 2,148 having returned positive. According to the latest statistics, 979 patients remain in intensive care and 692 patients have been intubated. Meanwhile, 90 more patients have recovered, bringing the total number of those discharged to 333.

Koca today broke down the regional variations in the figures for the first time, adding that positive cases had been detected in all 81 of Turkey's provinces. Accordingly, Istanbul has so far accounted for 60% of total cases across the country, with 8,852 positive tested, followed by Aegean port city of Izmir with 853 and capital Ankara with 712 cases. These were followed by the central province of Konya (584), northwestern Kocaeli (410), the southern province of Isparta (268), northwestern Sakarya (207), southern Adana (197), the northwestern province of Bursa (135) and Black Sea province of Samsun (112).

Insisting once again on the isolation of the elderly and those with chronic diseases, Koca said that 80% of all fatalities had occurred among those aged 60 or above, whereas 75% of patients currently receiving treatment in intensive care were also from the same age group. The minister noted that 68.8% of the deceased and 63.3% of patients in intensive care units also had a history of high blood pressure.

The minister further announced that 601 health personnel had been counted as among those infected, revealing this information with the public for the first time, with a voice on the verge of crying. Koca also confirmed the death of Professor Cemil Taşçıoğlu, a member of Istanbul University Faculty of Medicine who was among the team that intervened to the first patient officially diagnosed with the coronavirus. Taşçıoğlu's death marks the first casualty of Turkish medical community in the fight against COVID-19.

Koca noted that the rate of occupancy in intensive care units remained at 63% while the bed occupancy rate across Anatolian provinces had come to around 40%, adding that these numbers did not include the rate at private hospitals.

"This is a war for public health," Koca said, asking every citizen to adhere closely to the rules enforced governing hygiene and social isolation while hinting at further travel restrictions.

"The new epicenter of the pandemic has emerged as North America, according to what was discussed with the head of WHO during our conversation today," Koca added.

Turkey has taken a series of measures to try to limit the spread of the coronavirus from closing schools, quarantining around 50 towns and areas and imposing curfew for elderly people aged over 65.