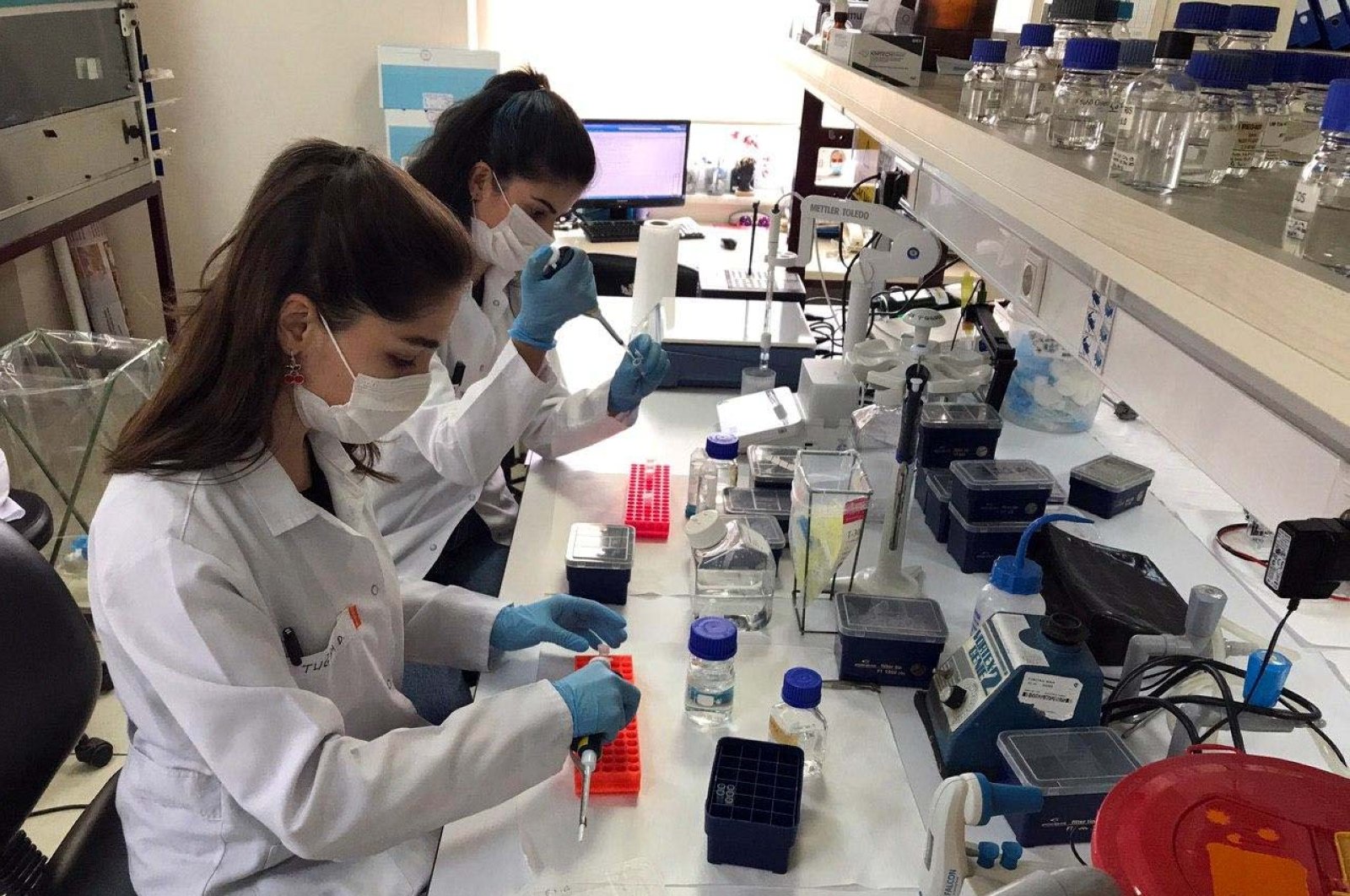 Officials say Turkey’s locally developed vaccine against the coronavirus may be available in early 2021, while the country is seeing further declines in hospitalizations from the disease

The race is on to find a vaccine to curb the coronavirus outbreak, and Turkey, which recently announced it was closer to the human trial phase, aims to wrap up development work soon. Just as Russia claimed to have developed the world's first vaccine, Turkish officials say they plan to make the country’s own vaccine available in early 2021. The news comes amid a report in decreased hospitalizations from the virus.

Professor Hasan Mandal, head of the Scientific and Technological Research Council of Turkey (TÜBİTAK), said Turkish scientists are working day and night to make a vaccine available in the first months of 2021. During a visit to TÜBİTAK’s Genetical Engineering and Biotechnology Institute in northwestern Kocaeli province on Tuesday, Mandal said two among the vaccine studies were in a critical phase.

“We applied for clinical trials in one study and expect to wrap up the process in October. Then, human trials will begin. Rest assured that our scientists are efficient and capable of developing a vaccine,” he said. Mandal pointed out that Turkey has the same technology that exists in other countries to develop drugs and vaccines, but they are also working on an exclusive vaccine that differs from others in the world. He noted that they were also working on a drug to treat COVID-19. “Turkey will not be a country which follows others in drug and vaccine development but a country which develops its own drug and vaccine against the coronavirus,” he said.

Currently, 18 studies are underway in the country, eight for vaccine development and 10 for drugs. Professor Şaban Tekin, the coordinator of the COVID-19 Turkey Platform of TÜBİTAK which works on studies, said one drug was licensed so far for treatment. In the vaccine process, animal trials wrapped up in two studies.

“Vaccine development is a lengthy process but the World Health Organization (WHO) can remove some stages in studies in extraordinary situations like a pandemic. We are benefiting from this and will speed up development work,” he said. He said success depends on various factors, one of them being dependence on other countries for materials used in drugs and vaccine production. “If we can have it in time, we can succeed,” he said. Tekin said they were using eight different technologies in eight vaccine projects. “We have models and applications standing out among others in the world,” he underlined.

TÜBİTAK has invested TL 2.3 billion ($300 million) in the development of 16 vaccines and other medicine projects over the past five years. The group's anti-coronavirus projects, which are coordinated through the platform, include 225 researchers from 25 universities, eight public research bodies and eight private firms.

Turkey on Tuesday recorded 15 new COVID-19 deaths and 1,183 new infections, raising the country’s number of total coronavirus cases to 243,180, according to the Health Ministry. "There has been a 32% decrease in hospitalization in the last three days," Health Minister Fahrettin Koca said on Twitter. However, the minister warned that the number of patients in critical condition – an important indicator of the outbreak – continued to increase.

The minister also said Istanbul and the capital Ankara were among the five provinces that reported the highest increases in new infections. The other provinces were central Konya and southeastern Diyarbakır and Şanlıurfa. Meanwhile, Koca confirmed that 1,185 people have recovered from COVID-19 in the past 24 hours, taking the total number of recoveries to 226,155. As of Tuesday, Turkey's death toll from the coronavirus stood at 5,873. Health care professionals conducted 61,716 tests to diagnose the disease over the past day, bringing the total testing tally above 5.38 million.

In line with pandemic trends, Turkey is gradually reopening more facilities. Turf pitches where unlicensed, amateur players can play football were the latest spaces to reopen Wednesday. The Youth and Sports Ministry allowed the pitches, one of the most popular hangout spots of the football-mad Turkish nation, to be reopened with strict measures in place against the outbreak.

Local pandemic boards in 81 provinces will inspect the pitches, known as “halı saha” or “carpet pitch.” Pitches, which charge players for hourly amateur matches, will be disinfected every day. Locker rooms will reduce their capacity with 6 square meters (7 square yards) allocated for each player. Equipment used on the pitches and in similar facilities will be exclusive to each player. Separate exits and entrances will be used to maintain social distancing. Players and staff will be required to keep social distancing, standing at least 2 meters (6.5 feet) apart, at the facilities. Masks are mandatory except during training and matches. Proper air circulation in indoor areas of pitches will be ensured. Players are advised not to take mass transit to travel to the pitches. Isolation rooms are ordered to be set up in each facility for potential patients before their transfer to hospitals.

Pitches were closed about five months ago, in the early days of the pandemic, to the chagrin of their operators. Operators of about 14,000 pitches across the country hailed the decision to reopen. Mahmut Gözüaçık, head of the Federation of Artificial Grass Pitch Proprietors, told Anadolu Agency (AA) on Wednesday that it was “good news” for the staff, who ran into financial difficulties after the closure.

“Some 45,000 staff work at those pitches across Turkey. Another 60,000 trainers work there to train young footballers. Overall, hundreds of thousands of people make a living from pitches if you add those manufacturing materials for pitches and those working in concession stands," he said.