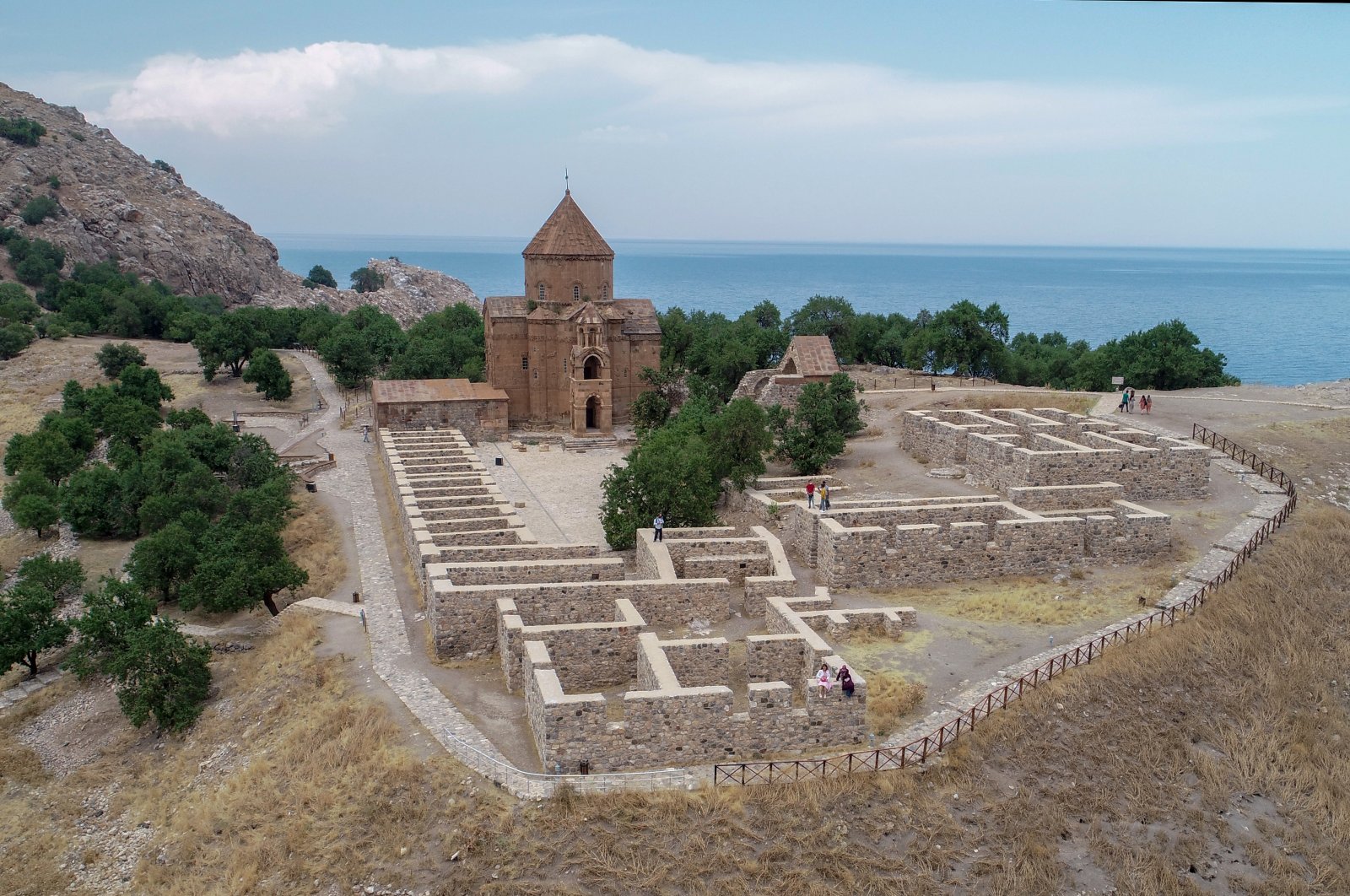 An annual religious service that brings together the faithful from around the world at a cathedral on Akdamar Island in eastern Turkey has fallen victim to the COVID-19 outbreak. Only 25 people will be able to attend this year’s mass at the church located on the island in Lake Van.

The mass scheduled for Sunday is the eighth since the church was restored and reopened for worship in 2010 after a 95-year hiatus. Every year, hundreds of visitors flock to Akdamar Island in the eastern province of Van for the service held in the first week of September. Yet, the pandemic forced authorities to limit attendance and boost preventative measures. Visitors will have their temperatures measured before they board boats to the island and will be required to wear masks and adhere to social distancing.

The Armenian church, also known as the Cathedral of the Holy Cross, Aghtamar and Surp Haç, was built between 915 and 921 by architect Bishop Manuel under the sponsorship of Gagik I Artsruni of the Kingdom of Vaspurakan. After the 1915 incidents during World War I when the Armenian community in the area was relocated, the church was abandoned. The building's restoration began in 2005 and opened as a museum two years later. The church is open to visitors as a museum while the Armenian Orthodox community is allowed to hold an annual religious service.

Van Governor Mehmet Emin Bilmez told Anadolu Agency (AA) said that the religious service has drawn a large number of visitors in the past years, but only 25 people from Istanbul, where the majority of Turkey’s Armenian population lives, will be able to attend the event inside the church. “It will be broadcast live for the faithful, and no one else will be allowed on the island. We took measures to ensure social distancing and hygiene,” Bilmez said on Thursday.