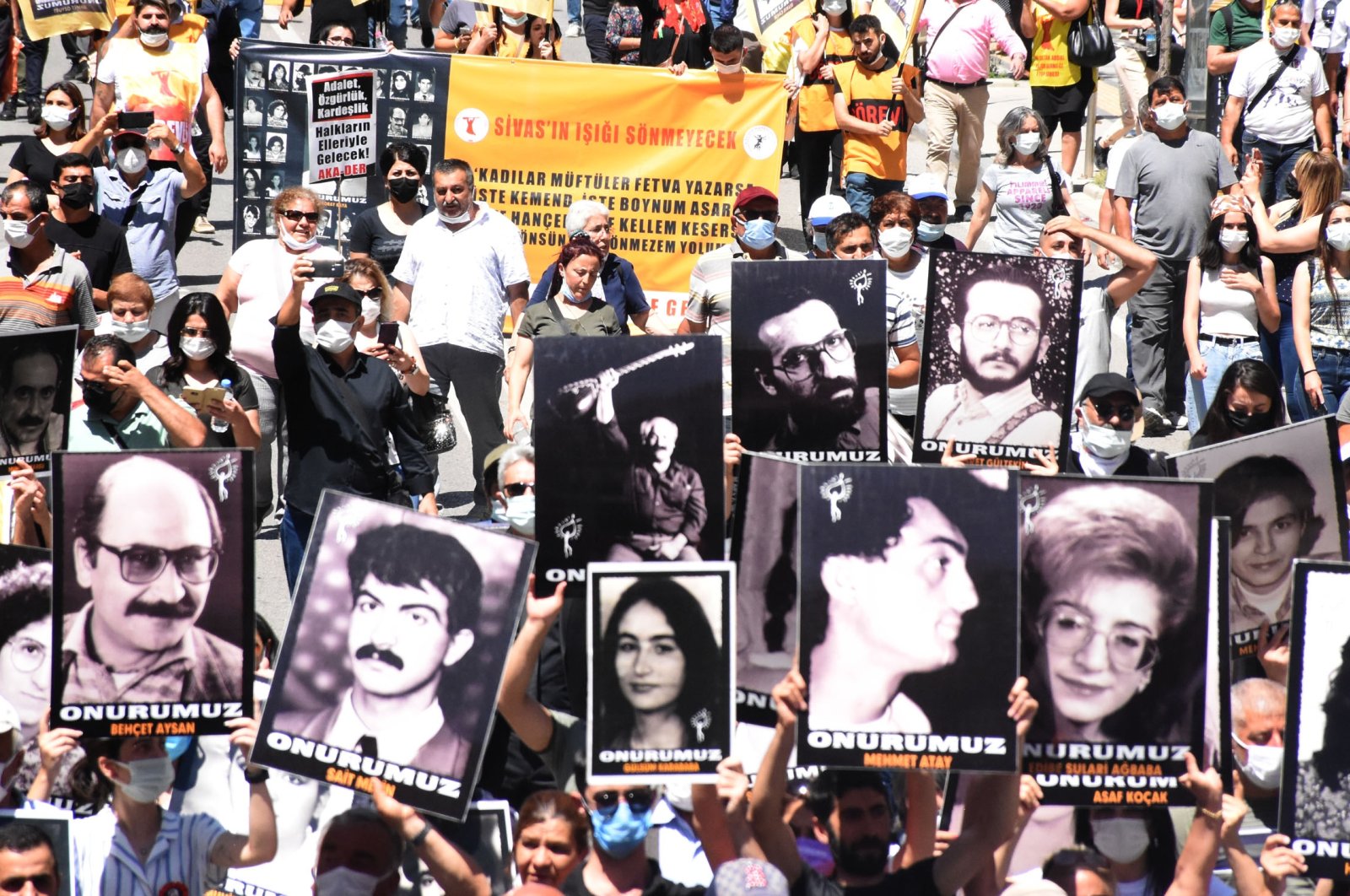 A large crowd gathered in the central province of Sivas on Friday to mark the 28th anniversary of a riot that led to the deaths of 37 people. This year’s event was held during a time of normalization after strict COVID-19 pandemic measures that shut down most events. They were more vibrant compared to last year's muted events, yet adhered to the somber tone. People from all across the country visited Madımak, the hotel where the victims died after an angry crowd gathered outside and set it on fire on July 2, 1993.

The massacre was one of a string of shady incidents in tumultous 1993 and apparently aimed to incite the anger of the Alevi community. Madımak was hosting a festival attended by intellectuals, mostly from an Alevi background. A mob had surrounded the hotel, protesting what they called the anti-Sunni sentiment of participants. Their main target was notable writer Aziz Nesin, according to the official account. Nesin survived the incident, while other famed figures, like poets Hasret Gültekin and Metin Altıok, were killed in the fire. Today, it is believed that the “deep state,” a shady coalition of underworld figures, bureaucrats, soldiers and police whose members were never fully revealed, was behind the riot. Two days after the Sivas massacre, 33 people were killed by the PKK terrorist group in Başbağlar, a village in Erzincan province, apparently in response to the Sivas incidents. A total of 190 suspects were detained in connection with the deadly riot. Twenty-two among them were sentenced to 15 years, while others were handed down lesser prison terms. A lengthy retrial process followed after appeals. Most suspects were released, while a trial on five fugitive defendants concluded in 2012 upon a statute of limitations.

Relatives of victims, lawmakers and nongovernmental organizations attended commemoration ceremonies and a parade dedicated to the Madımak Hotel incident. Participants called on authorities to convert the hotel into a museum, “a museum of shame” to preserve the memory of the victims.