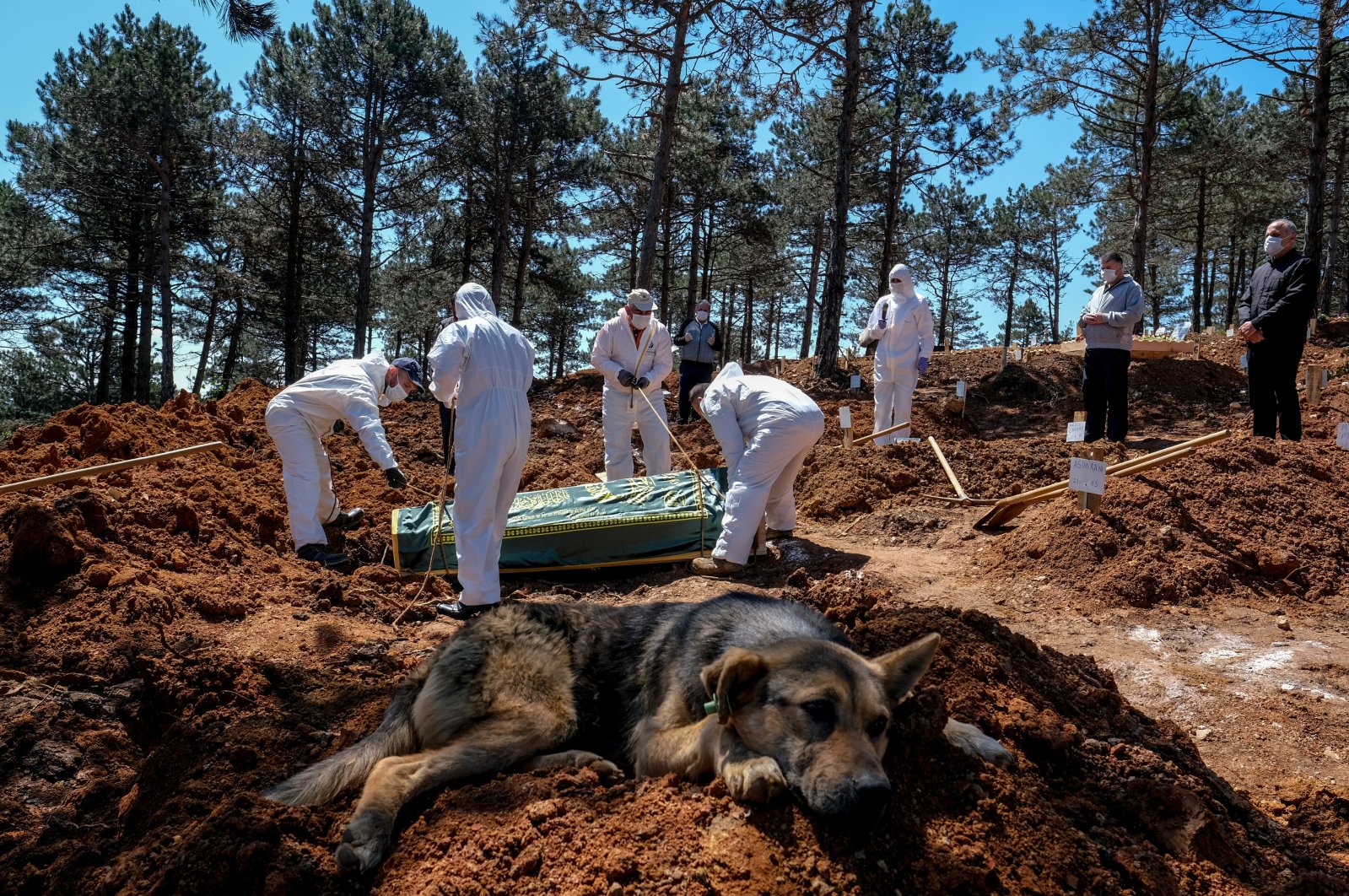 A depressing solitude is one of the effects of COVID-19, but it does not end with the life of patients as funerals and burials are now held with few people and under tight measures

Isolation has become closely associated with the coronavirus. Whether at home or in the hospital, COVID-19 patients spend a large chunk of their time alone, only having contact with health care workers or close family members. The situation is no different after death during funerals and burials when the number of attendees is limited to prevent further infections.

In Istanbul, which has long dominated the list of places with the most cases, people in head-to-toe protective suits are a common sight since the start of the outbreak in March. They are burial workers and the only attendees of normally crowded burial ceremonies, other than a few family members of the deceased. Istanbul has reported decreases in cases recently, but deaths from the virus still occur.

Kilyos and Yukarı Baklacı cemeteries on the European and Asian sides of the city respectively are among the busy burial spots. As the most crowded city in the country, with a population of more than 15 million, grapples with the outbreak, how funerals and burials are conducted is of utmost importance. Everyone must wear a mask and adhere to social distancing. In the Muslim faith, carrying out religious rituals for the deceased is important, but due to the pandemic, funerals have been scaled down. Funeral prayers are a hasty affair with less than a dozen people in attendance, while the ritual of shouldering the coffin to the cemetery and the hearse have been scrapped for the time being.

Crews from Istanbul Metropolitan Municipality (IBB) oversee the cemeteries, donning white protective suits and ensuring all religious rituals, prayers and other rituals are carried out during the burials.

The city does not have a "corona cemetery" as previously speculated, and residents can bury those who succumbed to COVID-19 in 570 cemeteries if plots are available.

Washing the dead, an Islamic ritual, is confined to two facilities, one in the Alibeyköy district on the European side and the other in Beykoz on the Asian side. Here, attendants in their white suits carefully wash the deceased who eerily lay on metal slabs before being transferred to body bags which are placed in coffins. Turkey does not have a tradition of burying bodies in coffins, but COVID-19 patients are placed in coffins to help prevent further infections and in case the body needs to be moved to another cemetery after being hastily buried.

A religious official, also wearing a protective suit, recites burial prayers before the next-of-kin say their final goodbyes to their loved one.

In Kilyos, bulldozers and workers scramble to dig up new burial plots. In Beykoz’s Yukarı Baklacı cemetery, which sprawls across an area of 30 acres, a new section was allocated for those who died of “infectious diseases.”

The number of coronavirus cases in Turkey reached over 2 million while recoveries occasionally surpass new cases on a daily basis, but daily fatalities remain high. Currently, the number of fatalities since March stands at 18,097. However, compared with the overall number of cases, deaths from the disease are relatively low.