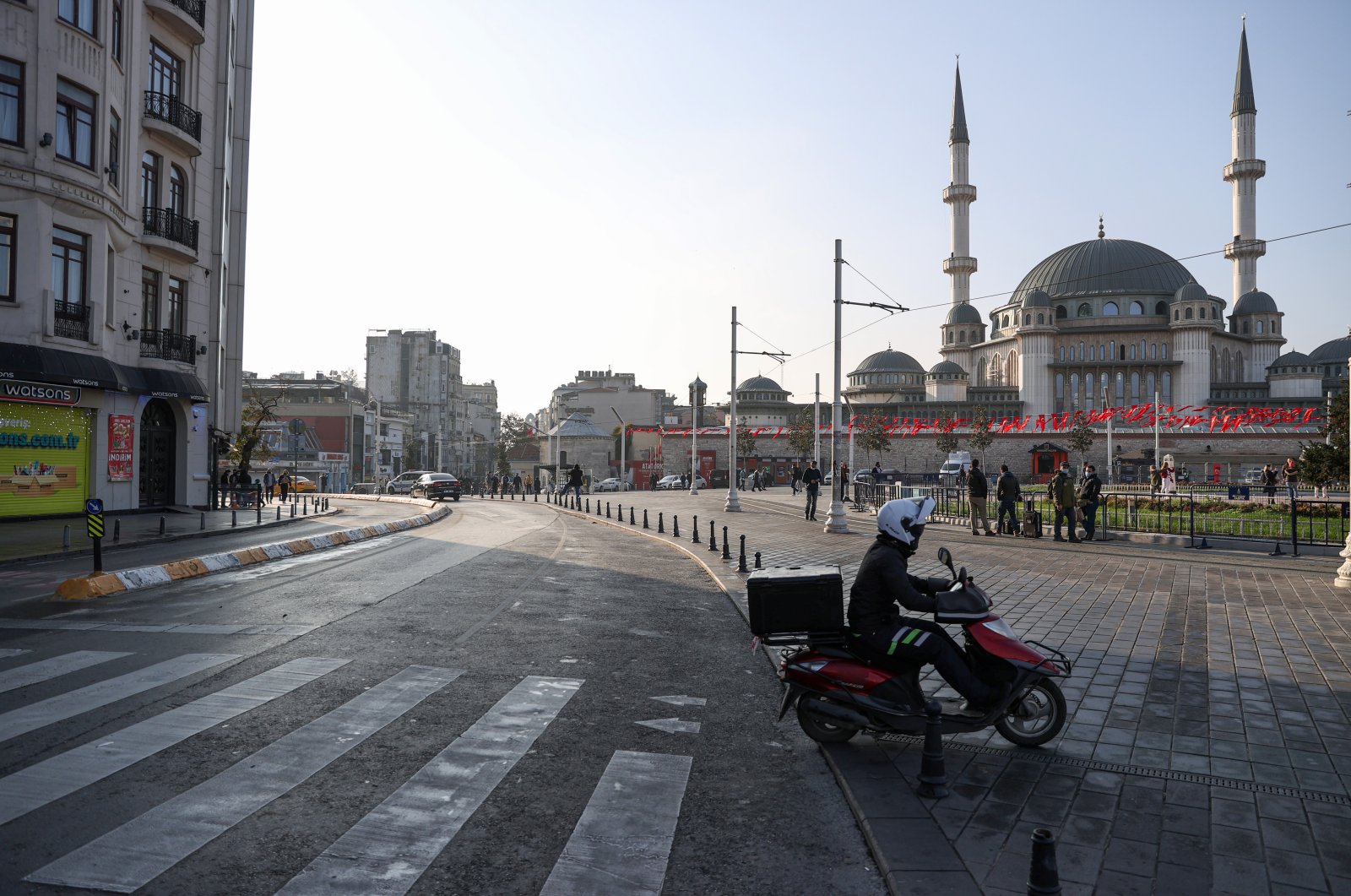 A motorcycle delivery personnel crosses a nearly empty Taksim Square in Istanbul during the second day of COVID-19 curfew in effect throughout Turkey, on Dec. 05, 2020. (AA Photo)
by Anadolu Agency Dec 05, 2020 7:45 pm

As Turkey undergoes its first countrywide weekend lockdown in months, 31,896 more coronavirus cases were reported by the Health Ministry Saturday, with the death toll continuing its steady rise.

Among those who tested positive over the past 24 hours, 6,128 were symptomatic patients. The country registered 4,100 more recoveries over the past day, bringing the tally to 427,242.

The new symptomatic cases raised the overall patient count to 533,198, while the death toll rose to 14,705, with 196 more falling victim to the disease.

The number of patients in critical condition now stands at 5,800.

Health Minister Fahrettin Koca said on Twitter that the curfews announced in the country last week only aim to protect public health.

"All of us should do our part and apply our own restrictions," Koca said, urging people to stay away from closed and crowded areas.

The COVID-19 pandemic has claimed more than 1.52 million lives in 191 countries and regions since last December.

Over 66.08 million cases have been reported worldwide, with nearly 42.5 million recoveries, according to figures compiled by the U.S.' Johns Hopkins University.