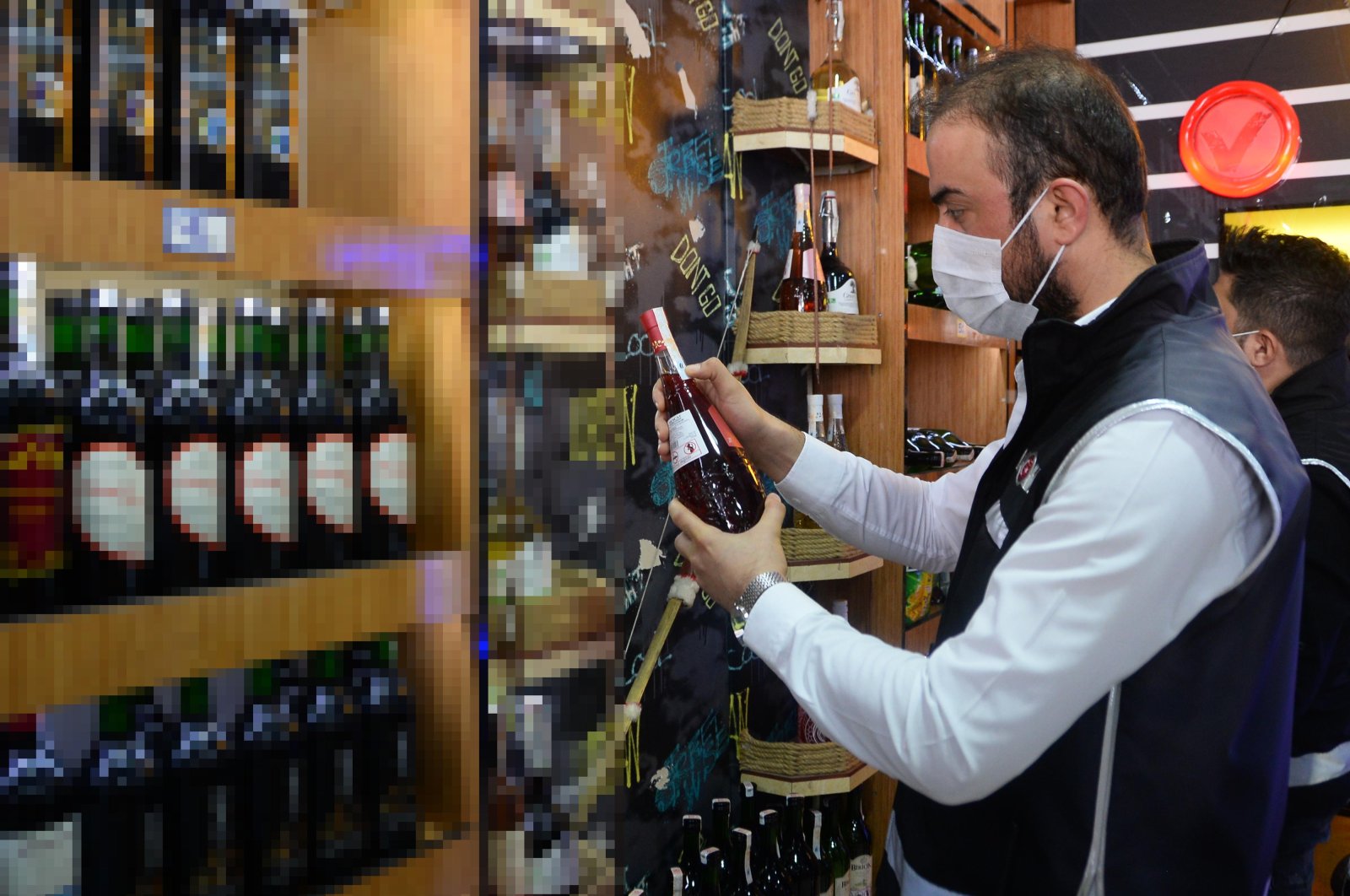 As the clampdown on bootleg alcohol gains momentum, the number of people who fell victim to the deadly drink rose to 50 on Thursday. Since last week, deaths were reported all across Turkey, and the lethal trend is blamed on the use of methyl alcohol by sellers of bootleg alcohol or those brewing homemade drinks. Experts say the rise in the price of ethyl alcohol drove illegal producers to substitute it with methyl alcohol, hence, fueling the string of deaths from the lethal substance.

Burhan Arabacı, 55, was the latest victim of bootleg alcohol poisoning. Arabacı died at the hospital he was taken to after falling ill in his home in the Saray district of northwestern Tekirdağ province on Thursday.

Police have detained 227 suspects in nationwide operations since Oct. 9 over the deaths, and 63 among them were remanded into custody. Among them was the leader of a gang whose members were arrested in earlier operations against bootleg alcohol producers and sellers. The suspect identified as H.K. is accused of supplying bootleg alcohol to various sellers across the country. They may be charged with manslaughter or inflicting injury for deaths and hospitalizations. Security forces seized tons of bootleg alcohol and equipment in operations after the first deaths were reported. On Wednesday alone, 3,232 liters of bootleg alcohol were seized in operations. Police also stepped up inspections of liquor stores selling bottles of bootleg drinks falsely branded as licensed drinks.

Professor Mustafa Necmi Ilhan of the Department of Public Health at Gazi University (GÜ) in the capital Ankara said even a small amount of methyl alcohol or methanol can be poisonous and deadly. He said its use was common both in bootleg alcoholic drinks as well as in cologne and chemicals used for cleaning and painting. Speaking to Anadolu Agency (AA) on Thursday, Ilhan said the symptoms of poisoning from bootleg alcohol were diverse, from headache to nausea and stomach aches to blurred vision and diarrhea. “Within 72 hours after its consumption, it can lead to kidney failure,” he warned. He said the victim should not be forced to vomit to discharge the consumed alcohol but should be immediately taken to the hospital.