Delta variant cases in Turkey on the rise, delta plus still low 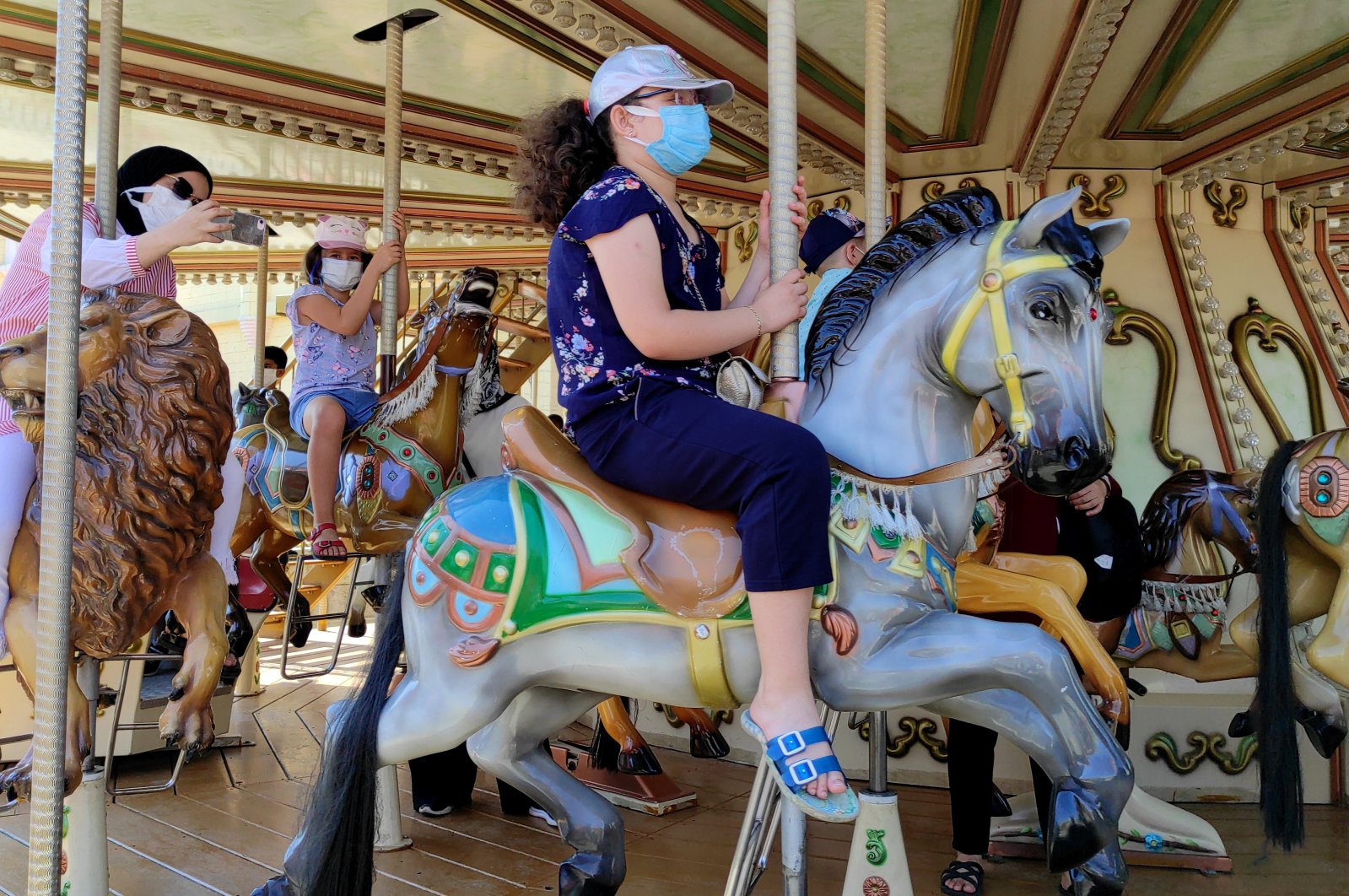 The number of delta variant COVID-19 cases in Turkey has risen to some 750 from 284 seven days ago and overall cases climbed 20% over the weekend compared to a week earlier, Health Minister Fahrettin Koca said. More severe delta plus cases, on the other hand, still stand at three as was announced in the first week of July.

Speaking to reporters after a Cabinet meeting late Monday, Koca said delta plus cases were confined to three provinces, one case each. Delta variants have been reported in 36 provinces with reports of new cases in six more provinces, a week after reports of first cases.

"Delta cases are increasing in our country just like they increased in the world," he highlighted.

Turkey eased most coronavirus-related restrictions on July 1 after daily cases tumbled from a peak above 60,000 in April to around 5,000, but Koca said new figures are pointing to a rise.

"These increases have emerged more in places where the level of inoculations is low," Koca said, noting rising cases in provinces of southeast Turkey. He called on people to get vaccinated and said that around 61% of the adult population had received at least one dose of vaccine. He has set a target of 70% by Qurban Bayram, also known as Eid al-Adha, next week.

The country has reported 5.5 million COVID-19 cases and 50,000 deaths in total. A vaccination program has ramped up to around a million shots per day in recent weeks, with 38 million receiving at least one dose out of a population of 84 million. Currently, nearly 60 million doses were administered.

Turkey's vaccine program began in January with shots developed by Sinovac and now also includes vaccines by Pfizer and BioNTech, and Russia's Sputnik V. Koca noted that the ministry was not proposing new restrictions and while there was currently no new wave of cases, this possibility could not be ruled, and vaccinations must continue to avoid this. He added that he did not want to make vaccinations compulsory and the ministry instead aimed to convince people to get inoculated, with plans to increase mobile inoculation teams.

"Vaccination rate is low in some places. In Hakkari and Şırnak, for instance, it is around 50% and 40% respectively. We have to be more active with mobile teams," he said.

Koca said though "a fourth wave" of the pandemic has not hit Turkey yet, it "didn't mean that it will never happen in Turkey." "Only with mass vaccination and ensuring immunity, we can prevent a fourth wave. The pandemic will end or lose its severity once we have immunity," he said.

Amid the normalization process, the upcoming bayram is a source of concern. Every year, hundreds of thousands of people travel to their hometowns in inner parts of Anatolia or head to popular vacation destinations in the Mediterranean and Aegean regions for holiday.

This year's holiday will be a nine-day paid leave for many. This high level of mobility was reduced a little last year though Turkey had started another normalization process, this time in June. With a drop in cases, more people are expected to travel to their holiday destinations.

Mass vaccination may relieve authorities but they are still cautious about people who might violate rules. Professor Mustafa Necmi Ilhan, a member of the Coronavirus Scientific Advisory Board which advises the government on pandemic-related measures, has noted an increase in the number of cases last September, following the holiday exodus from big cities. He warned that people should maintain caution despite high vaccination numbers and low cases.

"Let us not get into crowds. Certainly, you can visit your parents and relatives in other cities but keep your masks on and adhere to social distancing," he told Demirören News Agency (DHA) on Tuesday.

"Unlike last year, more people are aware of the cost of easing their own protection measures. We have to have at least one dose of vaccine and stay away from crowds," he said.

He also warned about crowding in marketplaces where animals are sold for Islamic sacrifice, a part of bayram. "If you have to go with a friend or a family member, please go in twos only. These places usually tend to be crowded. The same applies to places where animals are slaughtered. People should not form crowds there and be careful about rules like masks and hygiene," he said.