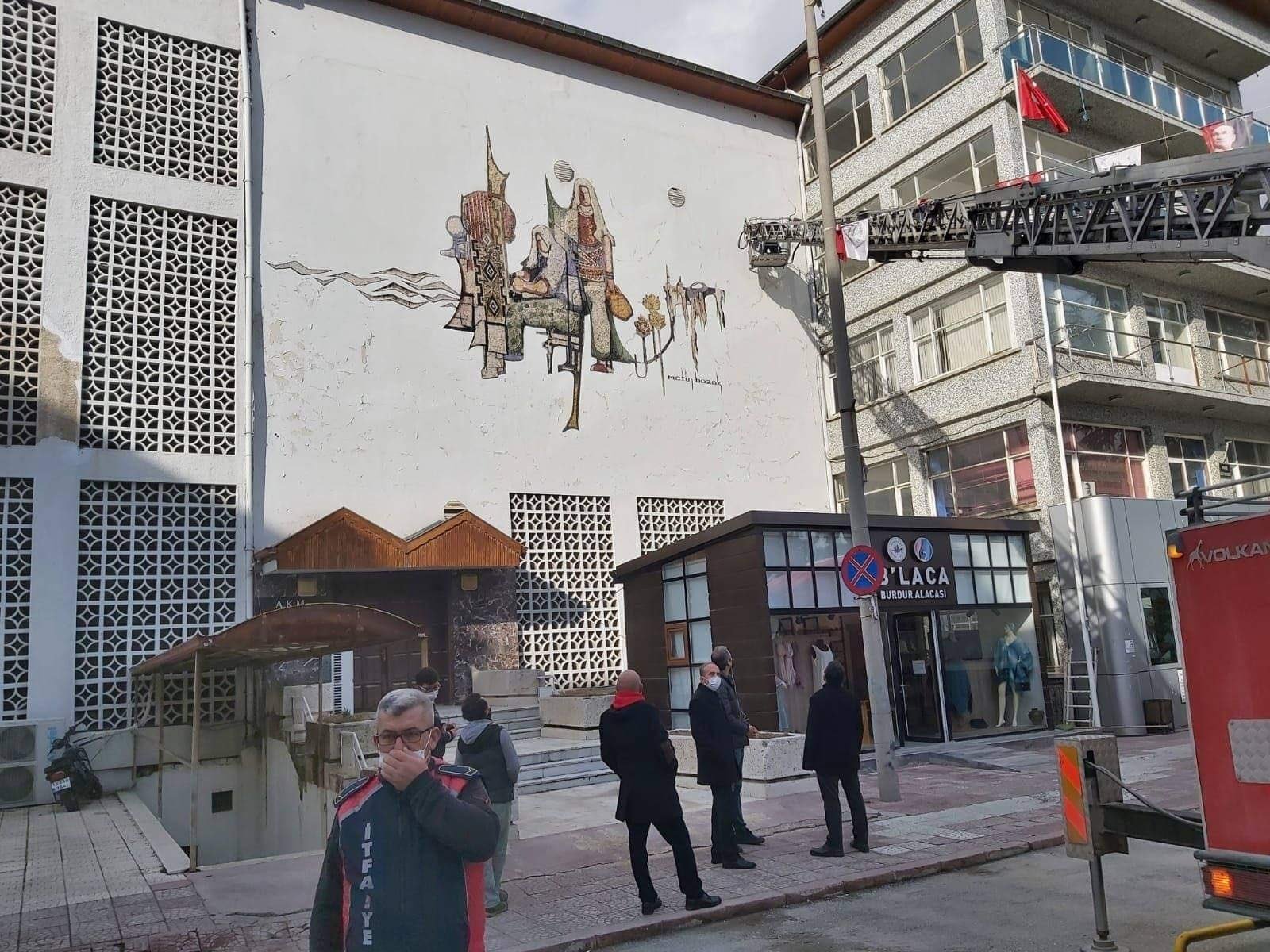 The mayor of southwestern Turkey’s Burdur province came under fire on Tuesday after art preservationists accused him of destroying a part of the city’s history and culture following his decision to demolish the old city hall building, which featured an iconic fresco on one of its faces.

The criticisms began early in July when the municipality announced its decision to demolish the old city hall building. Unfortunately, the building featured a fresco by painter Metin Bozok on its front wall that had become a symbol of the city, going as far as being used as the municipality's logo.

Officials said the artwork would be destroyed along with the building after it was deemed too fragile to be relocated. Instead, the officials ordered measured drawings to be taken of the fresco, which would then be used to make an exact replica somewhere on the new city square that would take place of the old city hall.

But art preservationists and restorers challenged the municipality’s experts,

saying they believed the artwork could be relocated as they urged Mayor Ali Orkun Ercengiz to try to save the original instead of opting for a replica.

Seda Özen Bilgili, an architect and a restoration expert, offered Ercengiz examples of previous relocation projects that saw similar frescos saved from destruction, asking the mayor to contact the teams that had carried out the projects.

But Bilgili’s and other’s pleas fell on deaf ears, as the municipality went ahead with the demolition, with construction workers on Tuesday bulldozing the wall that featured the fresco.

Completed by Bozok in 1969, the fresco featured Burdur Lake, Insuyu Cave, roses, rose water and carpet weaving, all considered the most important cultural aspects of the city.