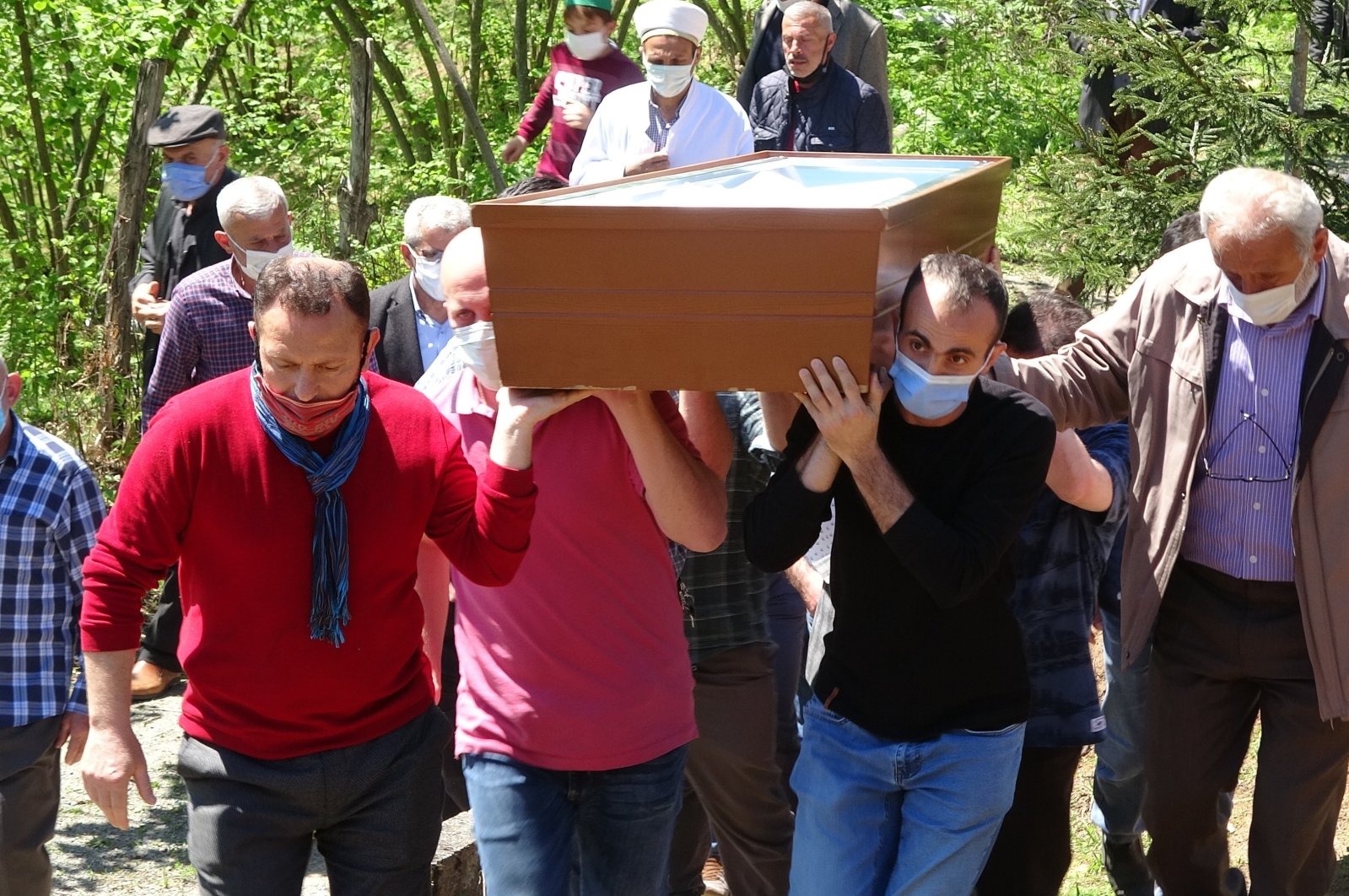 An 83-year-old German woman, who converted to Islam, passed away recently and was buried Sunday in the district of Sürmene in Trabzon, a northern Turkish city, at her request.

The woman, identified as Renate, changed her name to Emine Baltacı after accepting Islam 40 years ago due to her friendship with her Turkish neighbors. Living in Cologne, Germany, she died in a nursing home where she had been living.

Knowing that the state would cremate her body at the cemetery of the nameless after she died, she requested her neighbors take her remains to their homeland, the city of Trabzon, and organize an Islamic funeral ceremony in which people pray and bury her body in accordance with Islamic rules.

The Turkish Çakır family met with German officials and asked to transport her body to Turkey. With the permission of her daughter, Baltacı was swiftly brought to Turkey by air with the help of the mosque association established by Turkish citizens living in Germany.

The funeral prayer was performed by the Çakır family and the residents of the neighborhood in line with the COVID-19 measures.

After the funeral prayer, Emine Baltacı was buried 3,500 kilometers (2,175 miles) away from her hometown.

Ergin Çakır, who brought the body from Germany to Trabzon's Sürmene district, recalled the story of their neighbor's conversion to Islam.

"Renate and our family were friends for 40 years. She felt that warmth in Islam because of her friendship with us. After carrying out intense research, she realized that Islam is the right religion for her. She went to mosques, tried to learn the Quran, and prayed. She changed her German name to an Arabic-Turkish name 'Emine' and lived a really peaceful life after the age of 40 as a practicing Muslim even though she received harsh reactions from some of her friends," he said.

Çakır said his family spoke to her over the phone in her last days and she said, "Do not let them burn me if I die. I want to be buried in Turkey."

Baltacı had visited her neighbor's hometown and enjoyed the warm, friendly nature of the Turkish people as well as their hospitality.

Upon hearing of the German woman's death, the Çakırs called the nursing home to ask what they planned to do. After learning that Baltacı would be sent to the cemetery of the nameless where her body would be cremated, the Turkish family started the difficult bureaucratic process of transporting the body to Turkey.

"It was not easy to take the body of Aunt Emine. We waited for approval from his family and the social security institution. I talked to her daughter on the phone. She thanked us and asked for a document stating that 'we will not charge them anything.' We gave her the required document and assured her that we would bear all the costs of the funeral. The members in our mosque association helped us in raising the money and we brought Aunt Emine to Turkey," another member of the family, Hüseyin Çakır said.

The imam, who led the funeral prayer for the German woman, shared his feelings saying: "The Çakır family called us from Germany and told us a Muslim woman wants to be buried in Turkey. They asked if we would accept to bury her, and I said 'We accept her like our mother, like our sister.' We have never seen her but she touched our hearts."