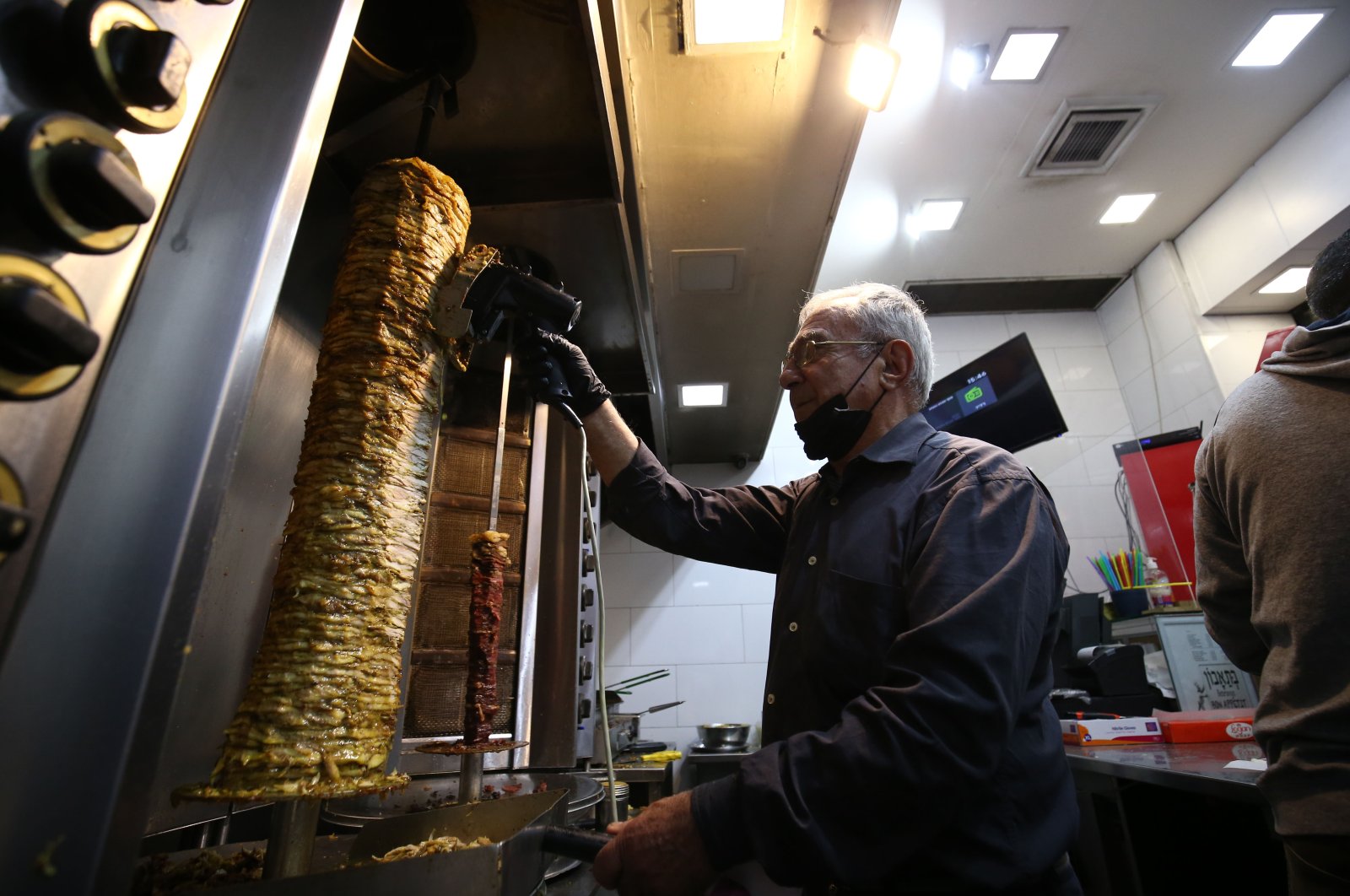 Eli Gezici immigrated to Israel with his family in the 1960s from southeastern Şanlıurfa province. Having lived there for the last 60 years, he has blended into society. But his love for Turkey, çiğ köfte (raw meatballs) and local folk songs has not waned. He enjoys the Turkish delicacy and traditional music with other members of the Jewish community in West Jerusalem.

Gezici has run a kebab shop on Jaffa Street for the last 46 years. He reminisces about the times he spent in Şanlıurfa's Siverek district, the land where he was born and raised. Gezici was among 100 families who left the district at the time. Emigration to Israel continued for many years, and it is now estimated that several hundred Jewish families of Turkish origin are now settled in Israel.

Even decades after leaving Turkey, the Jews of Şanlıurfa come together to enjoy folk culture. "Raw meatballs are made in every house once or twice a week," Gezici told Anadolu Agency (AA). "We cook all of Şanlıurfa's special dishes at home."

Recalling his love for Turkey, Gezici said: "In 1961, the Turkish national football team came to play against Israel. I was at the stadium, sitting among Israeli fans. But when Turkey scored a goal, I stood up to cheer for the team."

He shared that in Israel there are two synagogues for Jews from Turkey's Şanlıurfa and Diyarbakır provinces.

Gezeci said although his children do not know the Turkish language well, his love of Turkish culture remains alive and well. During the monthslong coronavirus restrictions, he spent most of his time at home watching Turkish channels. "Every night I watch the news and listen to our songs," he said.

He visited his hometown six years ago and said it seemed nothing had changed in the neighborhood, where his father ran a dress shop. "Our house remains the same ... only some new buildings have been built around it,” he said. "I still have Muslim Turkish friends in Şanlıurfa. Give my regards to them. I love and miss Şanlıurfa."