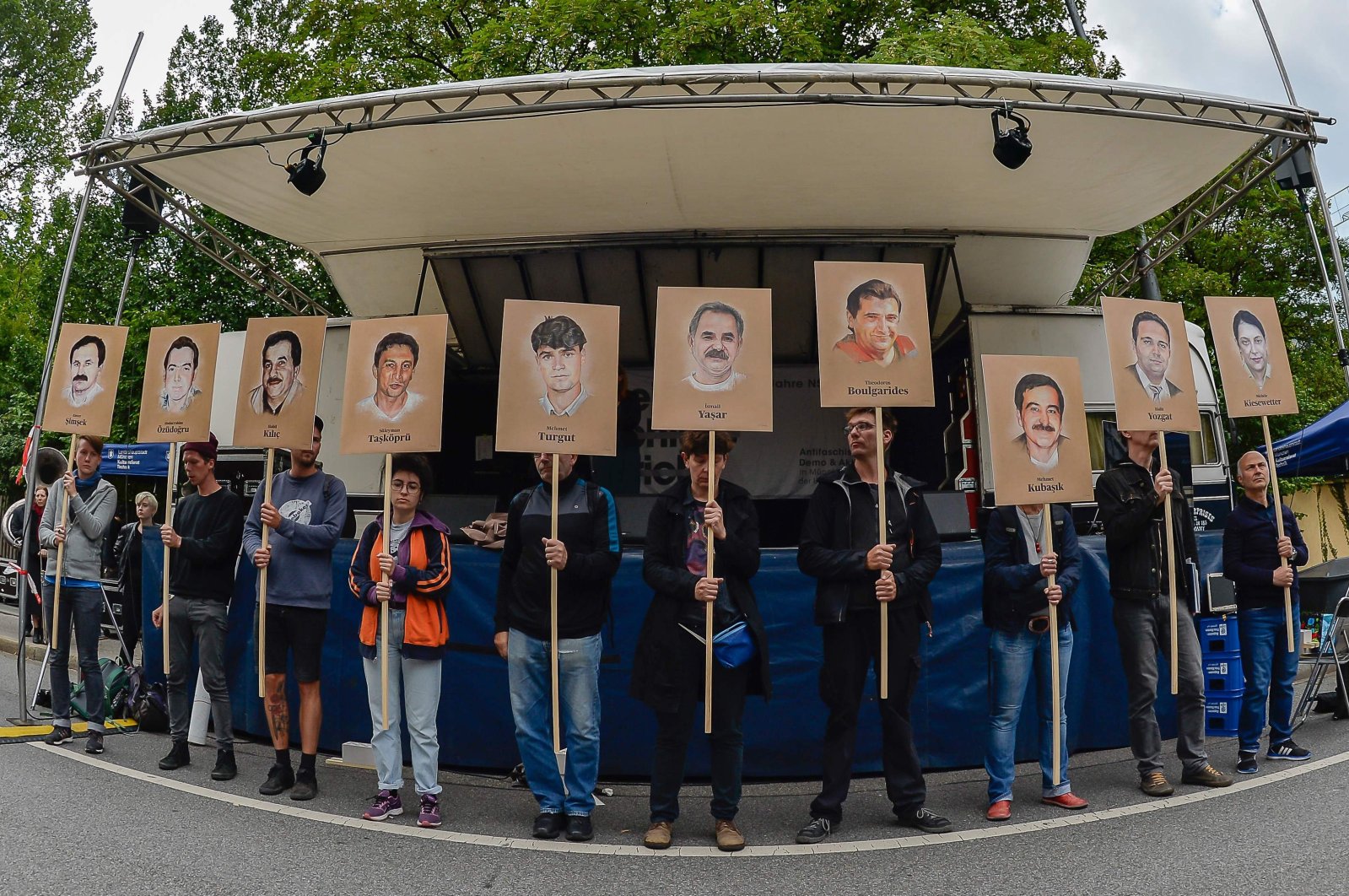 Protesters hold up signs with pictures of the victims of Neo-Nazi cell National Socialist Underground (NSU) before the proclamation of sentence in the trial against Beate Zschaepe, the only surviving member of the NSU behind a string of racist murders, in Munich, July 11, 2018. (AFP Photo)
by Daily Sabah with DPA Sep 05, 2020 10:01 pm

Some 300 people gathered in Nuremberg Saturday to remember the murder of Enver Şimşek by German neo-Nazi extremist group the National Socialist Underground (NSU) two decades ago.

For the memorial rally, participants marched through the southern German city towards the spot where Şimşek was killed on Liegnitzer Strasse, according to Birgit Mair, from a local anti-fascist group.

Abdul-Kerim Şimşek, the son of the NSU's first murder victim, laid flowers at the site. Afterward, he and his family's lawyer spoke.

The NSU killed eight Turkish immigrants, one Greek citizen and a German police officer between 2000 and 2007, but the murders long remained unresolved.

The German public first learned of the group's existence and its role in the murders in 2011 when two members – Uwe Mundlos and Uwe Bohnhardt – died after an unsuccessful bank robbery.

The group's only surviving member, Beate Zschaepe, was given a life sentence in 2018, but families of the victims expressed disappointment with the verdict and said the five-year trial left many key questions unanswered.

Lawyers representing the families disputed the claim that the NSU was just an "isolated cell" of three far-right extremists and demanded a deeper investigation into their possible ties to a wider network of extremists in Germany.