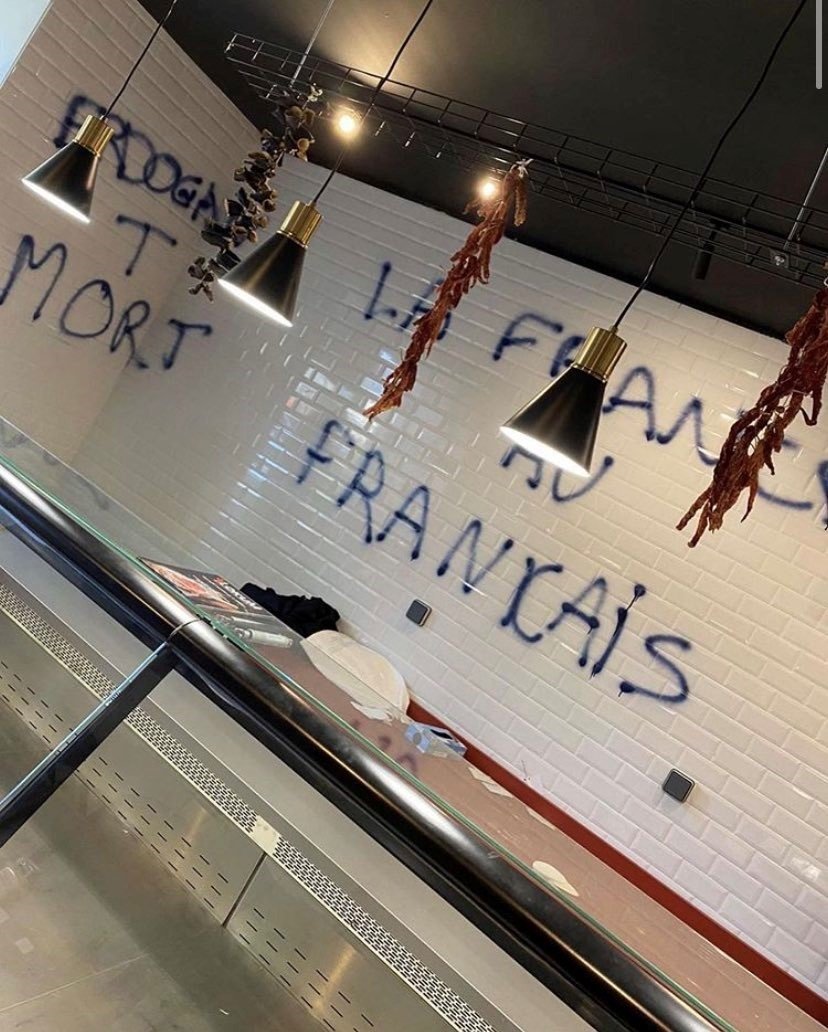 A racist attack Friday targeted a Turkish butcher shop for the second time in a week in western France’s Nantes.

Assailants, who attacked the shop four days after their first raid, vandalized the shop with racist and anti-Muslim statements including “Death to Turks,” “Death to Erdoğan,” “Go back your country” and “Long live pigs.”

The identities of the assailants have not been revealed yet.

After the first attack on Monday, craftspeople working nearby showed solidarity with the Turkish shopowner.

The number of attacks targeting the Turkish minority in France has increased recently. Last month, members of the Armenian community wounded four Turkish citizens who were demonstrating on the A7 motorway connecting Lyon and Marseille.