YTB continues to enhance people’s bonds on its 10th anniversary 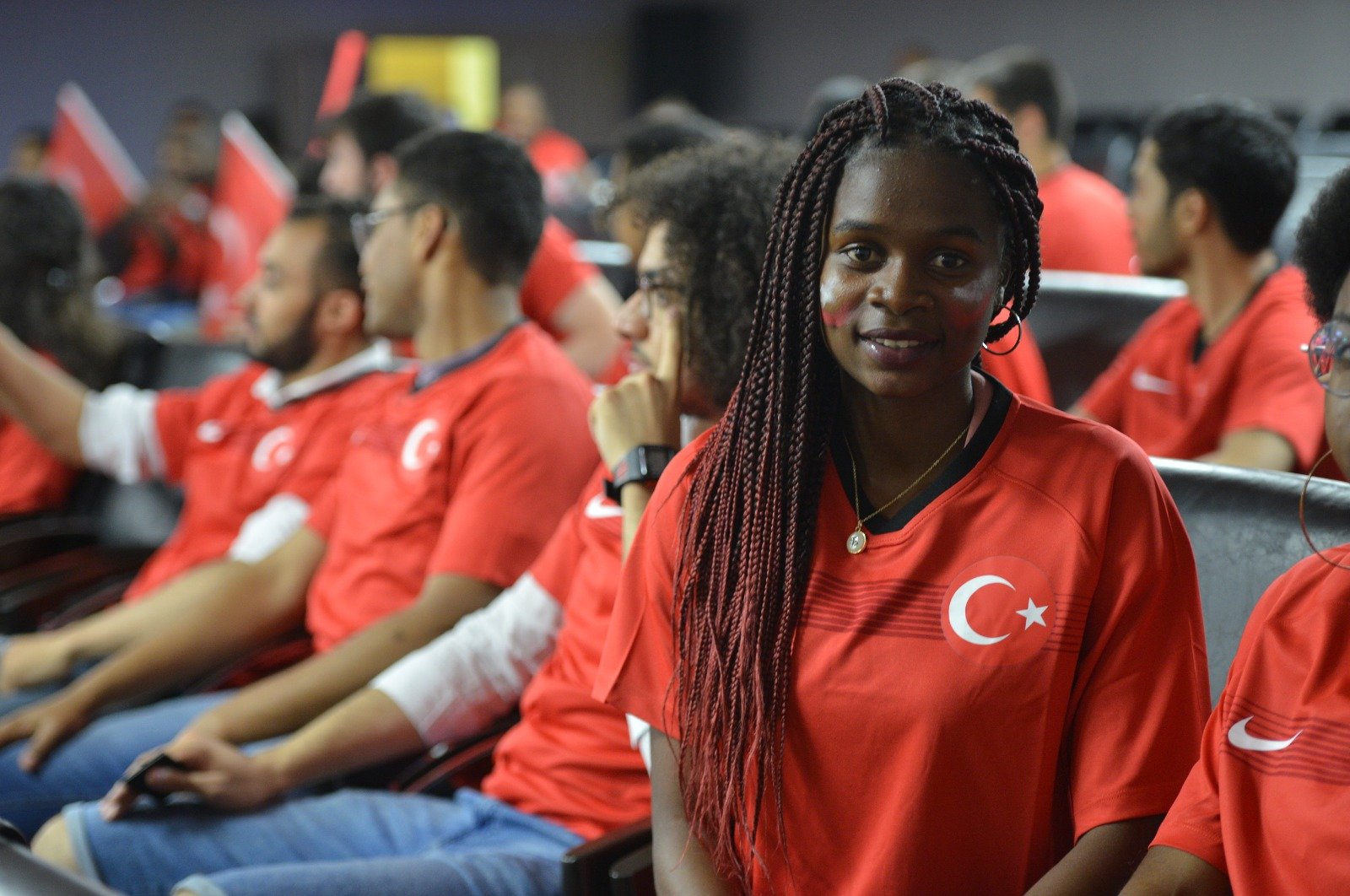 An international student taking courses in Turkey on a scholarship poses during a YTB activity. (Courtesy of YTB)
by Daily Sabah with AA May 15, 2020 2:26 pm
RECOMMENDED

Coordinating the activities of Turks living abroad and related communities and providing scholarship for students all over the world, the state-run Presidency for Turks Abroad and Related Communities (YTB) marked the 10th year of its establishment.

Throughout the last decade, the institution that carries out activities to protect the cultural identity and heritage of Turkish people living abroad has also become the core body in organizing scholarships for foreign students.

The institution, which is working under the auspices of the Ministry of Culture and Tourism, carries out activities aiming for the active and equal participation of about 6.5 million Turks living abroad in the societies that they are living in. It also struggles against racism, discrimination and Islamophobia.

Along with helping with their integration into their countries of residence, YTB also aims to strengthen the Turkish diaspora’s ties with Turkey, who are mostly settled in Europe due to labor agreements in the 1960s and now have reached their fourth generation.

In 2012, the YTB formed the Blue Card system for Turkish citizens who lost their citizenship. The document provides them numerous rights including permanent residency and the right to work and to purchase real estate without the restrictions faced by other foreigners.

Other than that, the YTB implements many projects and activities to enable Turkish citizens to participate in elections in Turkey, to teach Turkish language and culture to children and to integrate Turks into the social and cultural life in their resident countries as successful role models.

Turkey’s scholarship program for foreign students, which was launched in 1992, has continued under the responsibility of YTB since 2012 with the name Turkiye Scholarships.

The program, specifically designed for international students and researchers, with its all-encompassing scholarship provisions and services is their gateway to education in the country. While the number of applications was 42,000 in 2012, it has reached 146,600 applications from 167 different countries in 2019. The institution provides around 5,000 scholarships every year, including full-time bachelor's, master's and Ph.D. degrees, as well as short-term programs such as research scholarships and language and culture programs.

It is an all-inclusive program that covers the cost of tuition fees, monthly stipends, accommodation, health expenditures, round-trip flight tickets and a one-year Turkish language course for all students.

The scholarship program is competitive and merit-based, where candidates' academic excellence is not only considered but also additional extracurricular and other qualifications are of high importance. All awardees are provided with a one-year Turkish language course regardless of their program and academic background wherein students get the chance to become acquainted with Turkish culture with a variety of trips and programs provided in their first year while they are learning Turkish.

The program aims to enhance Turkey's relations with other countries in the fields of higher education and culture. Students become part of a big family comprising of 16,000 current scholarship students and a 170,000 international student body in Turkey. Following graduation, students become members of Turkey's alumni network, which includes around 150,000 graduates from more than 156 countries.

The institution also carries out activities for similar societies, who do not have citizenship but have historical, religious, political, geographical and cultural ties with Turkey.

The YTB created nongovernmental organizations in these countries with the aim to train their personnel and develop the shared historical and cultural ties between Turkey and these societies.

Focusing on the unearthing, archiving and developing of this common heritage, the institution launched an academic and scientific research program to serve this purpose.

YTB ​​also organizes cultural education and travel programs for youth in related communities and translates significant literary works of these societies to Turkish and Turkish works to their respective languages.