Dust in Turkey may not settle yet, meteorologist warns 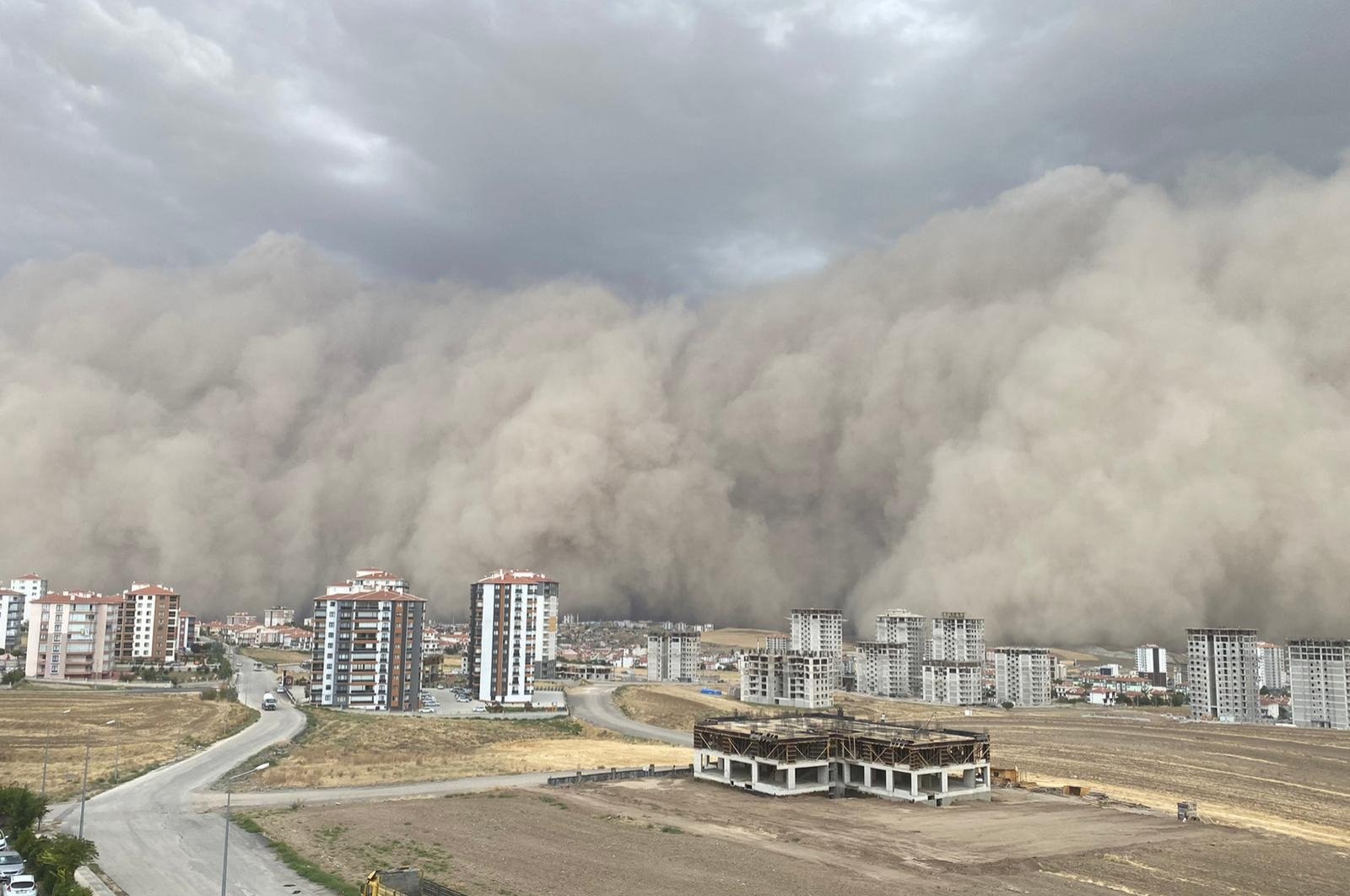 The Turkish capital Ankara was rocked with a freak sandstorm on Saturday, huge clouds of dusts enveloping the city’s Polatlı district and hampering daily life. A meteorologist, however, warns that “dust transportation” which usually occurs in the spring in Turkey, will be effective in the country this week.

Professor Hüseyin Toros of Istanbul Technical University (ITÜ) described the sandstorm in the capital as a “local” occurrence but warned similar situations may arise across the country.

“Dust transportation from Africa and the Arabian Peninsula affect air quality in central and southeastern regions of Turkey. It is usually an occurrence we see in the spring, but it will happen again this week,” he said.

“What we saw in Ankara was strong currents in cumulonimbus clouds that turned pressure into a storm and subsequently, to rainfall. Higher instability in the atmosphere, sudden, strong winds during a shift in weather patterns and the arid state of the terrain has caused higher dust transportation,” he explained.

Although Ankara avoided any casualties or damage from the event, Toros warned that strong winds may inflict some damage and harm citizens' health, calling on the public to firmly fix any objects that may be blown away by the strong winds.