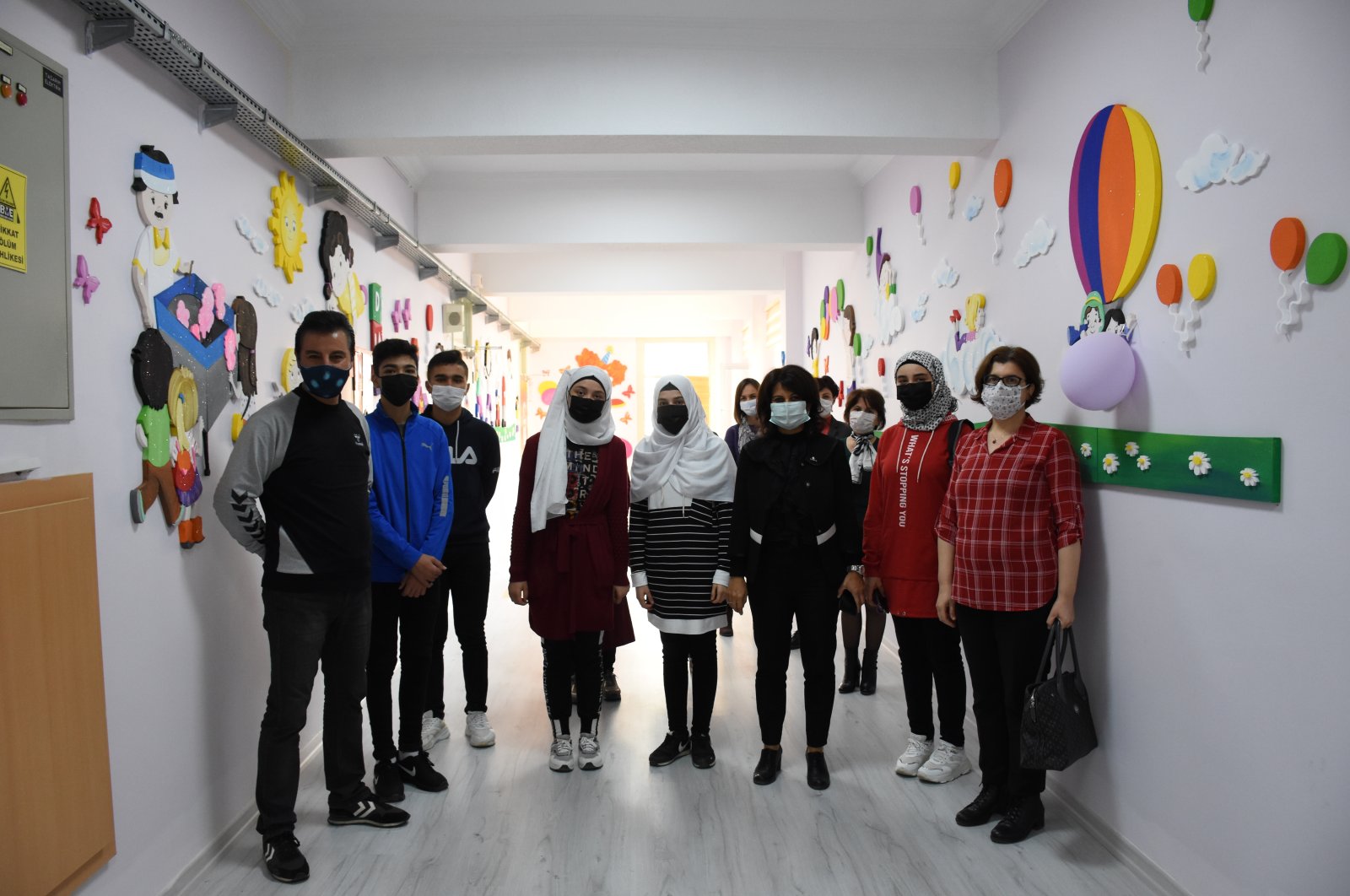 A secondary school in Turkey's northwestern Bursa province has launched an integration program for Syrian migrants through a vocational and economic education project.

The European Union's socioeconomic integration project through vocational and technical education began at a secondary school in the Görükle district. The project, which is also supported by the Education Ministry, focuses on the economic and social integration of Syrian migrant youths and Turkish youths by improving their employability and qualifications.

As part of the project, both Syrian and Turkish youths will be able to access quality vocational and technical education and training.

Within the scope of the project, which includes 23 Syrian and 16 Turkish students, there are classes that focus on child development and education, beauty and hair care services and food technology.

Speaking to Anadolu Agency (AA), the school's principal, Girne Ağcihan Coşkun, noted that the specific aim of the project is to increase access to inclusive vocational and technical education for disadvantaged individuals.

"Through this project, we invited representatives from various sectors to our school, and they were surprised to see the workshops. With the protocols we established, our rate of preference increased a lot," Coşkun added.

The school's deputy director and project coordinator, Oğuz Şahin, said the German Development Bank is one of the partners of the project.

Amr al-Ahmad, a ninth-grade student at the vocational school who is receiving an education in beauty and hair care services, praised the education he receives at the school.

Al-Ahmad said they learned the fine details of the profession and were also trained in human relations. He said he wants to work as a hairdresser.

Sana Sallouh, a ninth-grade student studying child development and education, said she also is receiving an education in music and drama.

Turkey is home to the world's largest refugee population, with nearly 5 million Syrians.

Besides 33,000 university students, more than half a million Syrian children are enrolled in schools across Turkey, according to the United Nations' Children Fund (UNICEF). They are learning the Turkish language as well as other disciplines.