Schools reopen with reduced schedule amid coronavirus pandemic in Turkey 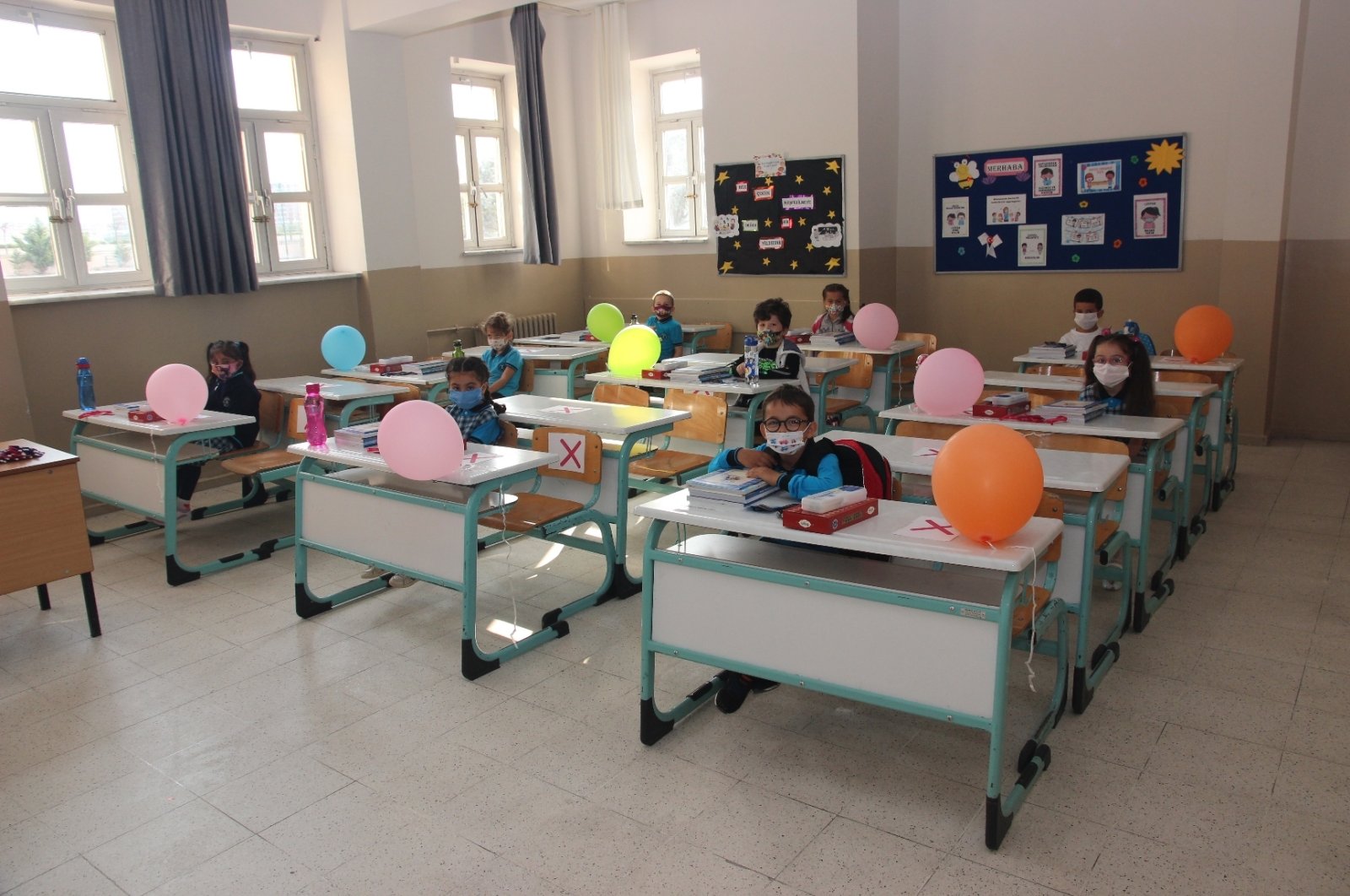 On Monday, Turkey started testing the waters before a full reopening of schools, as first graders and kindergarten students began in-person classes with reduced school hours ahead of a planned return for other grades

Concern blended with excitement Monday morning, as parents of first graders and kindergarten students took their children back to school amid a scaled-back reopening.

The country's first in-person classes were launched in what will be a critical test for authorities in light of the ongoing coronavirus pandemic. The country plans to gradually ensure a return to school for millions of students in the coming weeks, based on the course of progress.

Strict measures aimed at preventing further infections are expected to allow for the further reopening of schools, which were closed since March. Fearing a serious gap in education, Turkey decided to join other countries for a reopening that was originally scheduled for Aug. 31. A heightened caseload, however, forced a postponement until Sept. 21.

Today's opening has been limited to one day only, while as of Sept. 28, students may be asked to attend classes for only two days a week. The number of students in each classroom has been reduced with separate school hours for students. Every class will last only 30 minutes, with 10-minute breaks in between. In the meantime, all other students will continue their courses online.

Education has been a major casualty of the pandemic, with experts repeatedly calling for conditions to prevail to allow for the resumption of in-person classes. Though Turkey has managed to run a relatively successful online education program since the last school year, many say that students should interact more with their teachers and classmates to guarantee better learning. The National Education Ministry has thus spent months working on various plans on how best to reopen schools without risk.

First graders and kindergarten students were chosen as first to attend in-person classes. As National Education Minister Ziya Selçuk put it, the decision stems from the need to get children familiar with school on the first day. Online education is more suitable for older students, authorities reasoned, as the curriculum for first graders and kindergarten students mostly relies on activities.

Starting at 8:45 a.m., students streamed into schools, meeting their classmates before the start of classes. Parents were ordered to leave after dropping off their children as part of measures against the pandemic.

Teachers then informed the students about measures they should take for hygiene. After their body temperatures were measured and hand sanitizers handed out, the mask-wearing students entered the school buildings.

Attendance is not mandatory, but most parents opted to send their children to school, especially in places with a lower number of cases. Authorities have repeatedly assured parents of the stringent safety measures being taken in schools in terms of social distancing and hygiene.

Each building was thoroughly disinfected and supplied with hygiene products before reopening, while free masks have been given to all students.

Masks are mandatory, though teachers are required to wear an additional face shield. Meanwhile, students are required to enter the school in a single file to avoid overcrowding, sanitizers are mounted on the walls in all corridors and classrooms have desks rearranged with at least 1 meter (around 3 feet) between each student to ensure social distancing. Staff and parent-teacher meetings are also required to be held online, while school meals will involve wrapped food, such as sandwiches.

The National Education Ministry also arranged "contactless" activities for kindergarten students that allow them to play games without having to touch or come close to each other. Some 60 activities and games have been planned for young students.

No decision has been yet made on the fate of other grades, but authorities plan to launch in-person classes in a number of weeks. For now, older students will take online classes with hours more flexible than those of a standard school day. Minister Selçuk recently announced that online classes could be held at various times between 8:30 a.m. and 8:20 p.m.

Based on pandemic trends, Turkey is considering a "hybrid" education model, with live online classes and in-person classes on different days and flexible school hours.

School closures have been common across the world over the course of the outbreak, but the United Nations has warned of “a generational catastrophe” as a result.

Last month, U.N. Secretary-General Antonio Guterres called on governments to get students safely back to the classroom as a top priority, the closures having affected more than 1 billion students across the world.

"We face a generational catastrophe that could waste untold human potential, undermine decades of progress and exacerbate entrenched inequalities," said Guterres, at the launch of an education campaign last month. He has called for the reopening of schools once the local transmission of the virus is under control.