Turkey sets an example in schooling rate of Syrian refugees 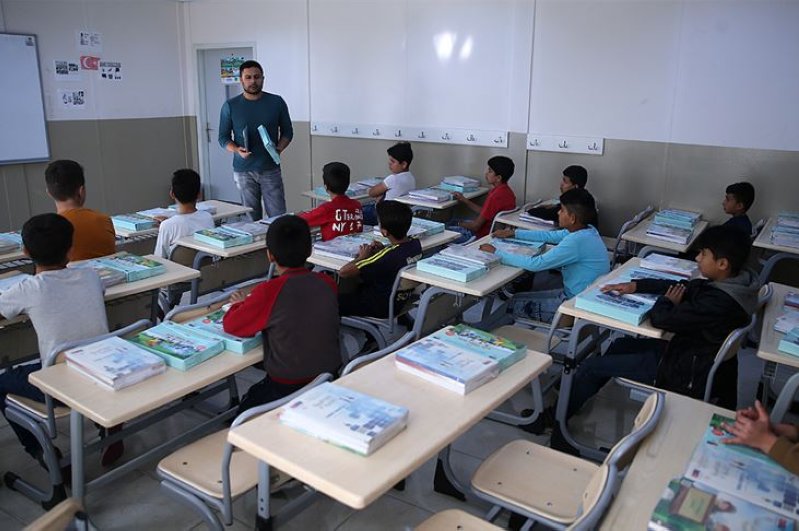 The schooling rate of Syrian refugee children in Turkey has reached 63.4% — a high number for displaced children, according to authorities. As of the 2019-2020 school year, more than 684,000 Syrian school-age children out of a total of 1.08 million attended schools across the country. The highest schooling rate is among Syrian primary students at some 90%, followed by middle school at 70% and high school at 32%.

The lower schooling rate among high school-age Syrian refugees is linked to going to work to help support their families. Turkey seeks to enroll these dropouts in vocational high schools.

Turkey also helped more than 289,000 Syrian children to have access to education in Syrian towns liberated from terrorist groups by the Syrian opposition with the support of the Turkish army.

In 2011, Syria fell into a civil war and the country's educational systems, as well as all the other established systems, have been brutally affected. Most of the schools have been destroyed during the ongoing conflict, and millions of people have fled the country, leading to the total collapse of the educational system. According to the recent U.N. children's agency report, "The war reversed 10 years of progress in education for Syrian children."

Turkey, hosting the largest Syrian refugee community at more than 3.5 million people, has long been striving to address this “lost generation” forced to skip school. The country has a population of more than 1.08 million Syrian refugees of school age, including more than 34,000 added to this population last year.

The country provided access to 230,000 Syrian students to education between 2014 and 2015, the first school year where it started offering education to Syrians at temporary education centers. In 2016, it introduced an integration system for Syrian refugees into Turkish public schools. Currently, 348,103 boys and 336,816 girls attend school in Turkey. More than 27,000 Syrian students also attend Turkish universities.

In Syria, Turkey repaired and reopened hundreds of schools in areas cleared of terrorists by Turkey-backed operations Euphrates Shield, Olive Branch and Peace Spring. The country’s Maarif Foundation, which is tasked with setting up schools abroad, also provided 12,550 staff to these areas, from teachers to administrators.