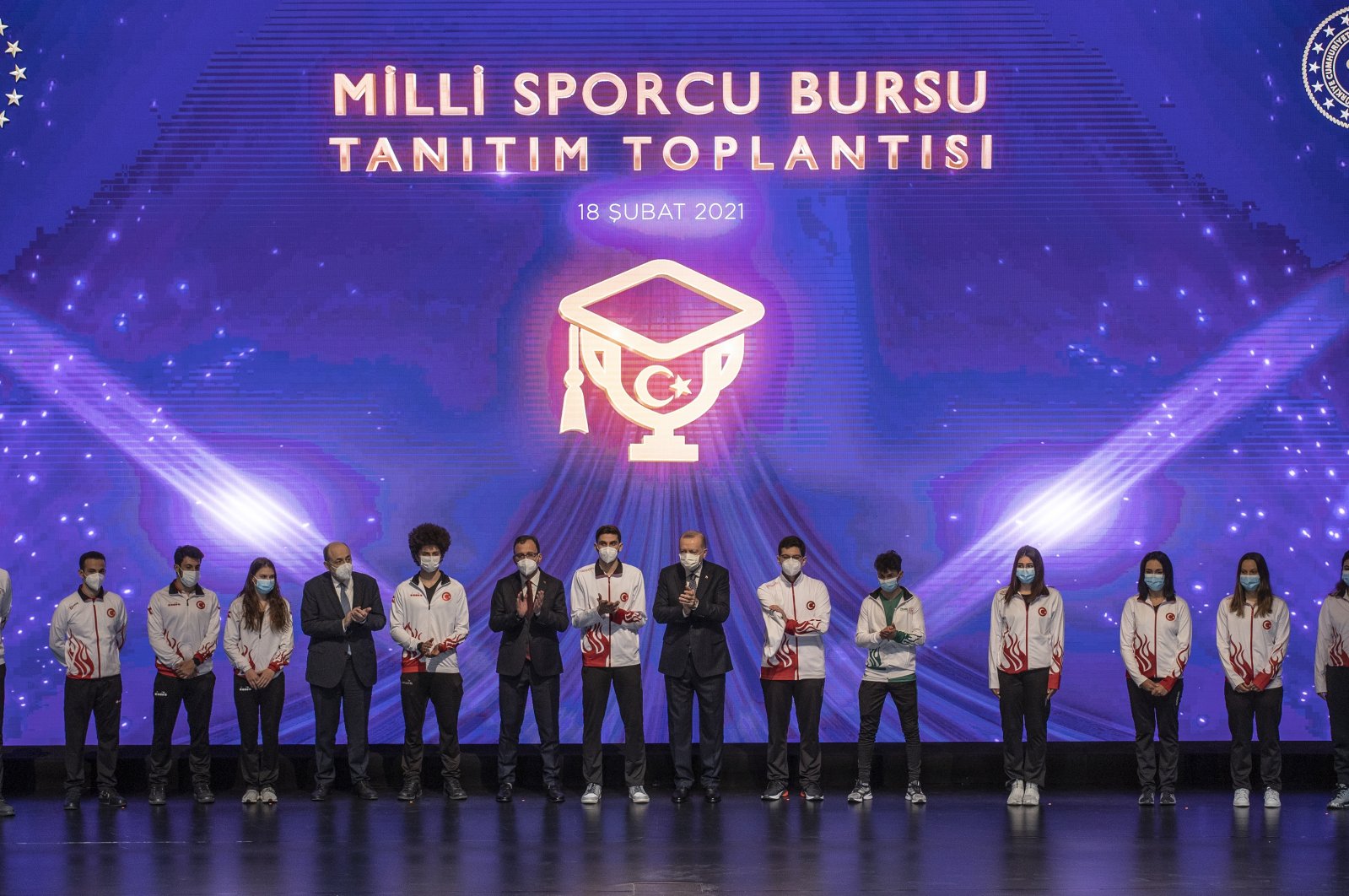 Turkey on Thursday unveiled a special university scholarship program for national athletes who have managed to achieve success in international competitions.

Introduced in a special ceremony held at the Presidential Palace in the capital Ankara, the program aims to provide the athletes a higher education free of charge at dozens of private universities across Turkey.

The ceremony at the capital was attended by President Recep Tayyip Erdoğan, Youth and Sports Minister Muharrem Kasapoğlu, as well as top officials and leading sports figures in the country.

For the inaugural year of the scholarship program, a total of 76 athletes from various sports were selected.

Speaking at the ceremony, Kasapoğlu said the program would end one of the biggest problems up and coming athletes faced; whether to prioritize their careers or their educations.

“The question whether to chose education or sports has existed for years. We have unfortunately seen our athletes get stuck in between those two options and never realize their full potential. But hopefully, this program will put an end to that. The time for athletes to sacrifice their athletic careers or their educations is over,” he said.

Each university participating in the program will accept several athletes who have achieved a degree in international competitions and allow them to study in a department of their choosing, waiving yearly tuition fees that can reach tens of thousands of Turkish lira.

Hasan Kalyoncu University, one of the participants of the program, accepted four applicants this year, for example.

According to the university, this year’s students are successful athletes in Karate, Taekwondo and Wrestling and they attend varying departments, from law school to physiotherapy.