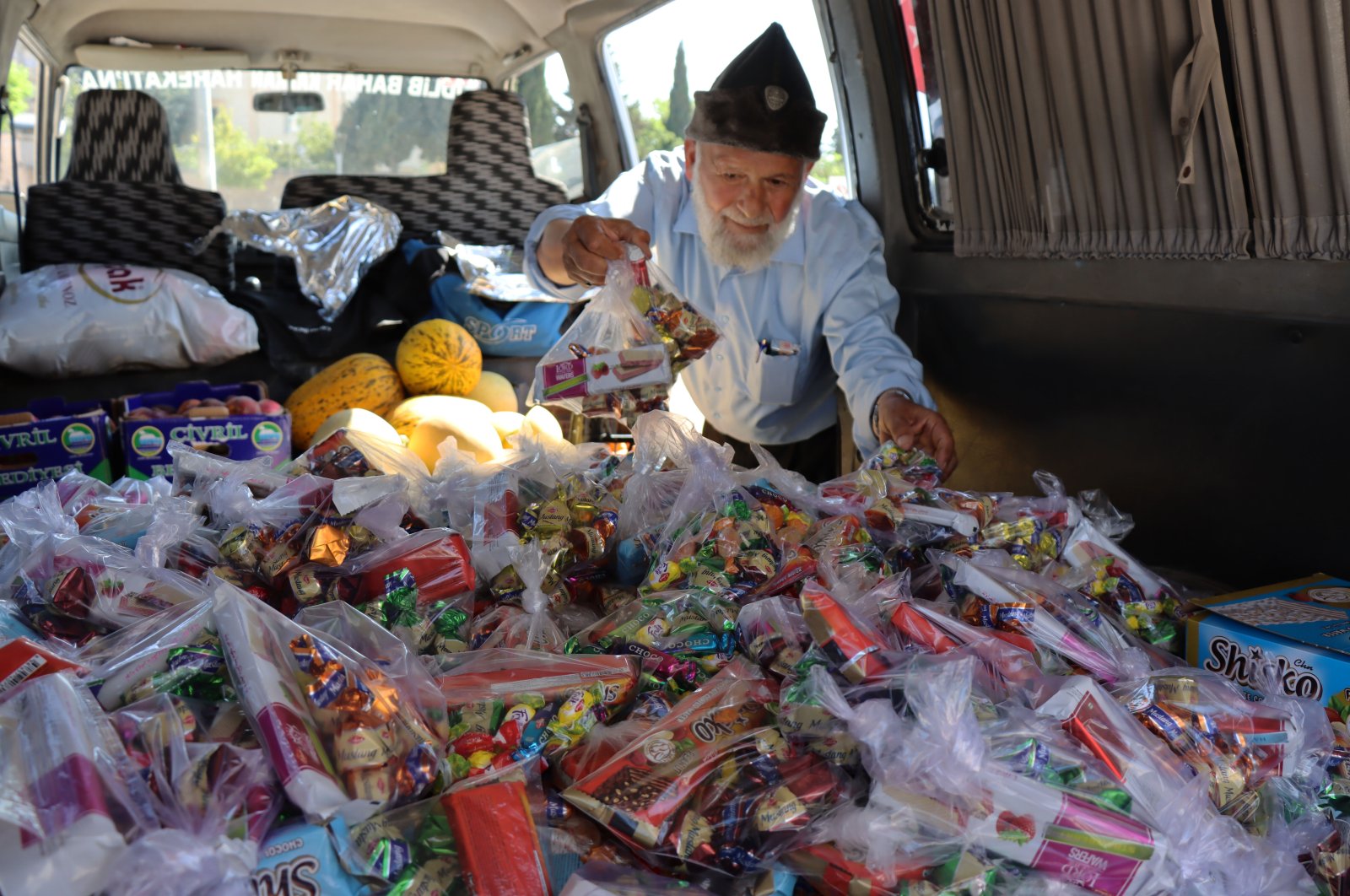 71-year-old Muhammet Yılmaz is known as “Grandpa Apple” for his regular delivery of apples he picks from his orchard to soldiers of the Turkish army taking part in counterterrorism operations. On the occasion of Qurban Bayram (Eid al-Adha), which begins on Tuesday, Yılmaz set out on a new mission: delivering candies and fruits to children in Syria.

Yılmaz, who lives in the western province of Denizli, arrived in Kilis on the Turkish-Syrian border in his van filled with 1,000 packs of candy and chocolate he collected from fellow donors, along with crates of peaches, melons and apples from his orchard. From there, he drove to Syria’s al-Rai, a town cleared of the terrorist group Daesh in a 2016 operation backed by the Turkish army.

He told reporters before crossing the border that he would visit camps for displaced orphans to deliver candy to the children, a longstanding bayram tradition that is also observed in Ramadan Bayram (Eid al-Fitr). Yılmaz will also coordinate delivery of meat from 58 animals – from bulls to sheep that will be slaughtered on the occasion of Qurban Bayram, which is also known as Feast of Sacrifice – to the needy in al-Rai.

“I cannot sit at home and celebrate bayram with my children while there are people in need. I go to Syria, to make bayram a happy time for my Syrian Turkmen brothers and sisters,” he said. Yılmaz said he would also visit Turkish troops on the border and deliver fruits he brought with him to the soldiers. “They work hard and sacrifice their lives. I want to share the joy of bayram with them,” he said.