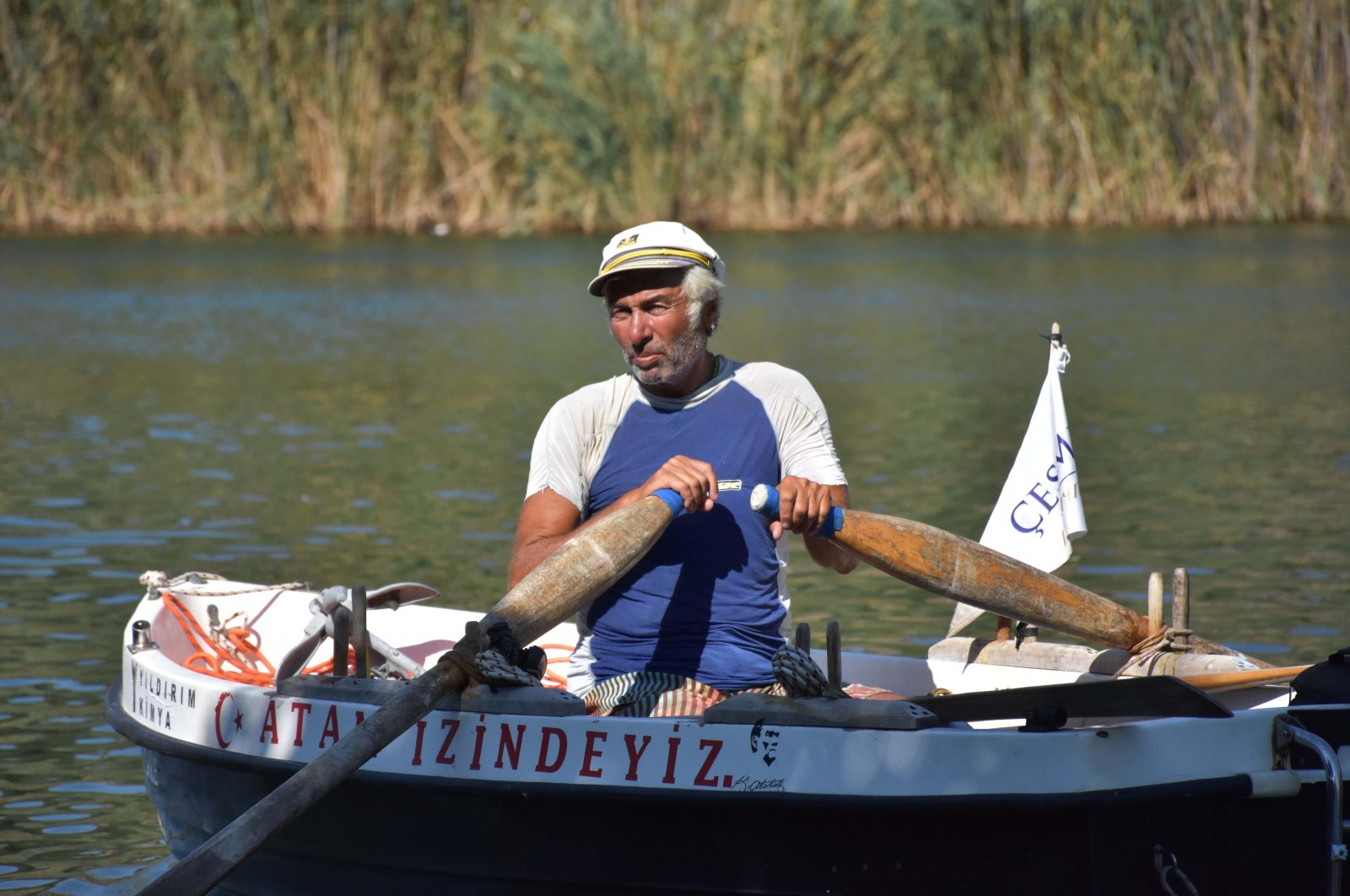 Rowing has been a passion for Hüseyin Ürkmez since the age of 7. Now, at 60, he wants to set an example for the youth.

Ürkmez, who has spent a lifetime rowing across every coastline around Turkey, recently completed a 2,000-kilometer (1,243-mile) trip from Gelibolu (better known in English as Gallipoli) in northwestern Turkey to the country's southwest aboard a modest rowboat.

The elderly gentleman, who documented his previous trips for a popular travel magazine, spoke to Anadolu Agency (AA) Thursday while taking a break in the popular summer holiday district of Dalyan in the province of Muğla.

This was not his first trip to Dalyan, famed for its ancient rock-carved tombs overlooking the sea. Indeed, his first major rowing feat took the avid adventurer from Istanbul to Dalyan in 1999. A year later, he rowed from Istanbul’s Küçükçekmece district to Bursa's Uluabat Lake, south of Istanbul, on a three-day journey to raise awareness about pollution.

More journeys followed in subsequent years, including one from Istanbul to Athens in 2005. His rowing journeys have also taken him to Italy, Slovenia, Croatia, Montenegro and Albania. “I have traveled to seven countries, but the COVID-19 pandemic restricted my travels to Turkey this year,” he said.

Ürkmez, whose boat is emblazoned with the phrase “Atam Izindeyiz” ("We follow you, Father," a reference to Mustafa Kemal Atatürk, founder of the Republic of Turkey), said rowing was the favorite sport of the country's revered first president.

Each of Ürkmez' journeys carries a particular message. On his first trip to Dalyan years ago, he sought to raise awareness of the Caretta caretta, the endangered loggerhead sea turtle that annually nests in Dalyan. This time, he wants to show the youth that rowing is something everyone can enjoy.

He is undecided on his next destination but plans to launch an exhibition of eight rowboats he has used in his travels.