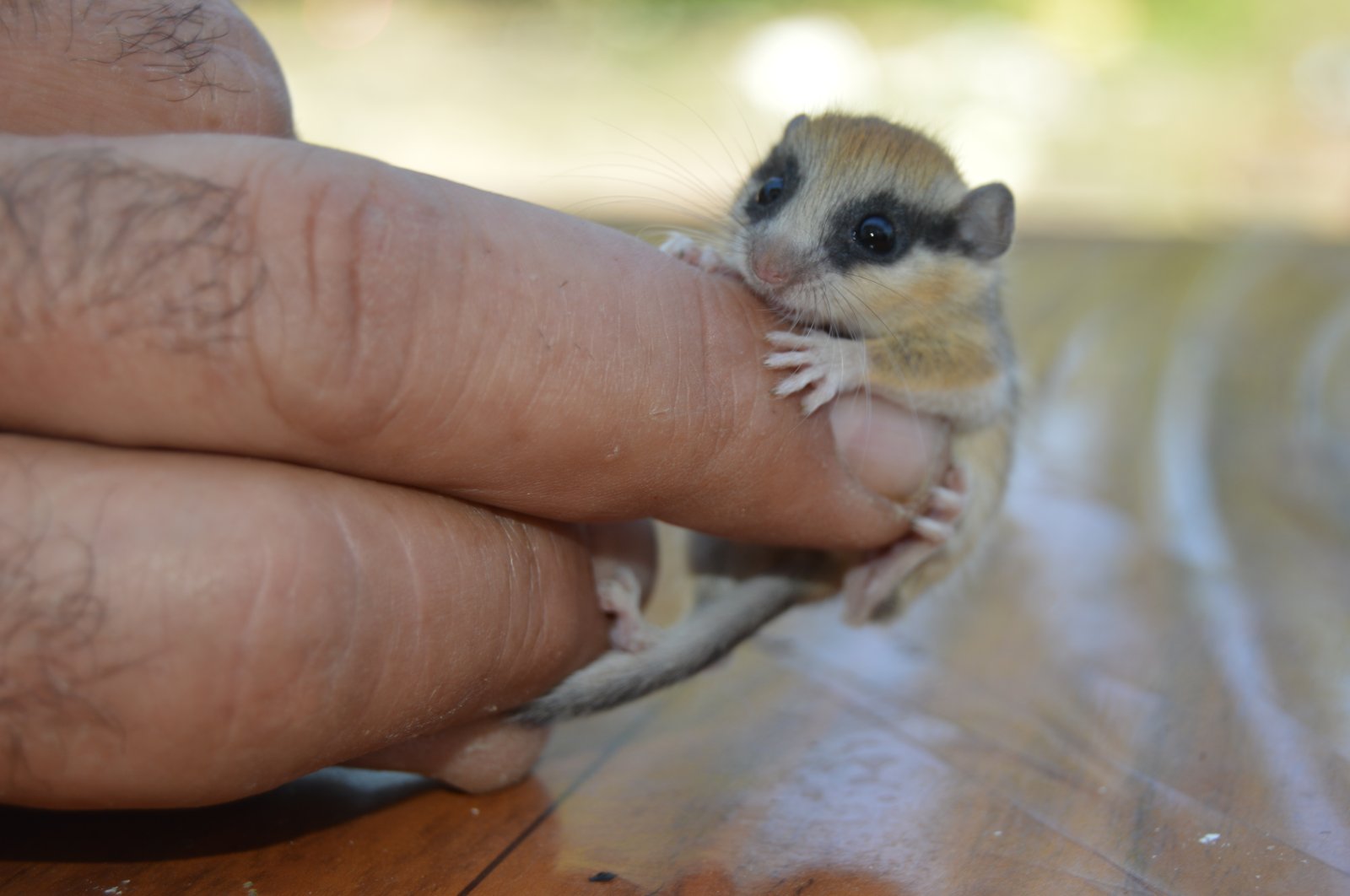 Nizamettin Kapar first thought it was just a common mouse that made an unannounced visit to his cabin in a rural area in western Turkey. The only problem was that this one was small enough to wrap around his finger and had distinct stripes around its eyes.

When he looked the creature up online, he found out it was a forest dormouse, an endangered species which is usually native to Eastern Europe, the Balkans and parts of Central Asia, far from the province of Afyonkarahisar where Kapar lives. Upon contacting authorities, he was advised to release it back to the wild.

Associate professor Uğur Cengiz Erişmiş, head of the nature protection center of Afyonkarahisar’s Kocatepe University, said the forest dormouse (Dryomys nitedula), a member of the rodent family, is similar in size to other dormice species. “Colloquially, it is simply called the forest mouse. As its name implies, its habitat is the forest. It can hibernate for seven months,” Erişmiş said.

He said Turkey is home to three different species of dormice: the edible dormouse (Glis glis), the wooly dormouse (Dryomys laniger) and the forest dormouse.