Erdoğan urges public caution against COVID-19 in Turkey amid violations 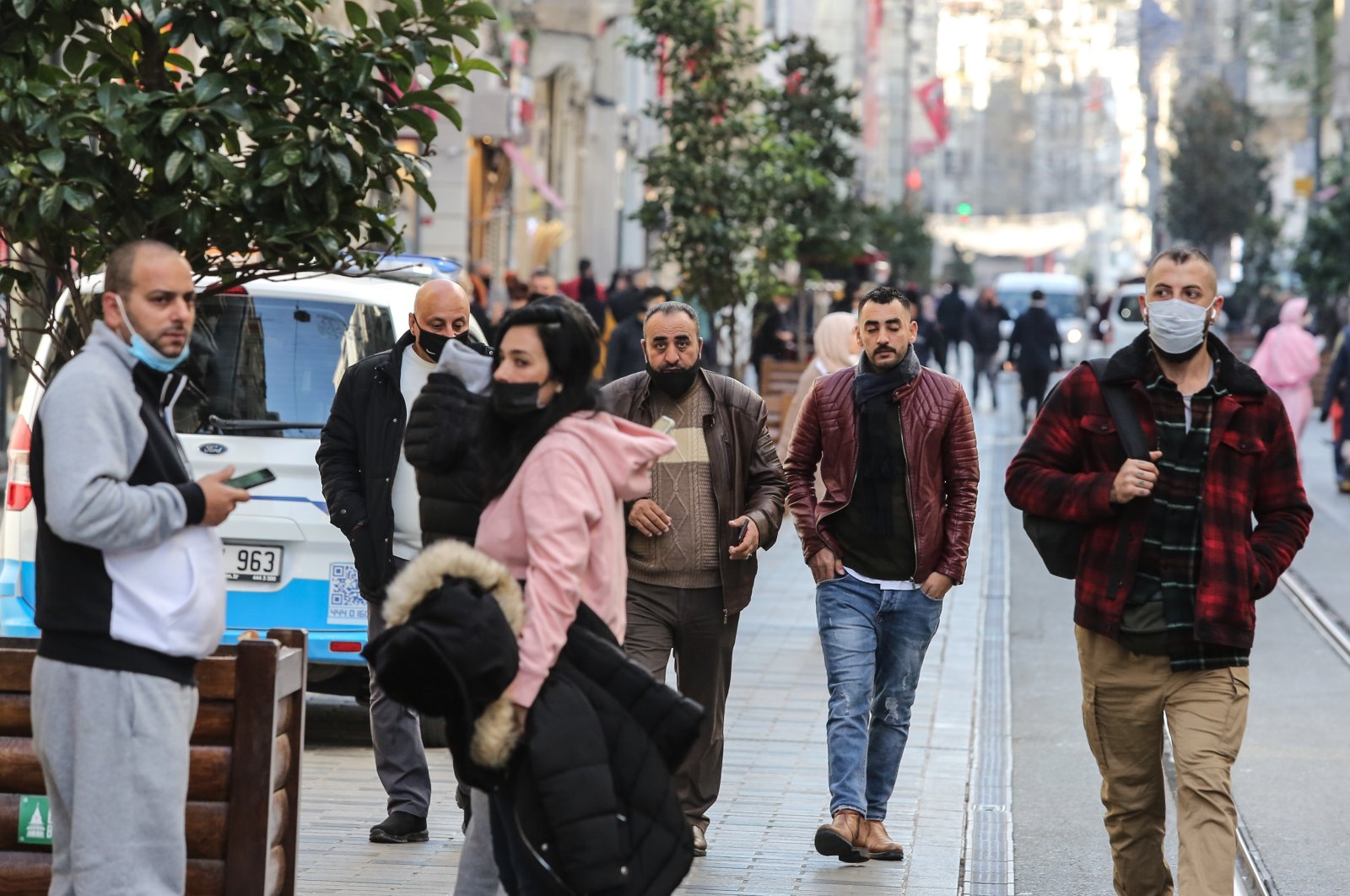 President Recep Tayyip Erdoğan expressed concerns about people not complying with measures against the coronavirus pandemic and called on the public to show more sensitivity.

Speaking to reporters after performing Friday prayers in Istanbul, Erdoğan said the Health Ministry’s Coronavirus Scientific Advisory Board carried out every effort and preparation for measures against the outbreak. "But the sensitivity of people is very important," he noted. "Although we announced a series of measures, we still see our citizens are not careful especially in indoor venues. We see people not complying with measures, even a smoking ban. They are not wearing masks."

He repeated the motto of the fight against the outbreak, "TMM," the initials of hygiene, masks and social distancing in Turkish. “Unless people care about this, it is inevitable to impose restrictions. We have to implement restrictions,” he said, hinting that more restrictions may come. Earlier this month, Turkey imposed the first weekend curfews in months and shut down schools, while restaurants and cafes were allowed to offer only takeout and delivery services.

Erdoğan said Turkey had no problems in terms of physical infrastructure in health care and was working to provide access to potential vaccines. He said talks were underway with Russia and China for the import of vaccines and trials of experimental vaccines were continuing.

While the president was speaking, elsewhere in the city, people were forming long lines outside shopping malls for Black Friday sales, a day of discounts at retailers across the country. People were careful about social distancing but they occasionally broke the rules, as images and videos published in the media showed. Some shoppers were spotted buying meals from the malls’ food courts and eating them while sitting on the floor, as restaurants had removed chairs in line with recent restrictions on their operations due to the pandemic.

After imposing a series of measures, including mandatory mask-wearing and the enforcement of social distancing, Turkey now largely relies on people's compliance, but illegal gatherings, such as house parties and street weddings, where crowds often disregard masks and distancing, worry authorities. Still, Turkey is not considering imposing a full lockdown. Last weekend's curfew was limited to nighttime, and the public was allowed to go out between 10 a.m. and 8 p.m. Senior citizens and citizens at the age of 20 and below, on the other hand, are subject to daylong curfews except for a few hours during the day.

Following a brief lull in the summer, Turkey has seen surges in the number of patients almost every week since September. On Wednesday, the country started announcing all cases, including asymptomatic ones. Over the past two days, more than 57,000 cases were reported while the overall number of symptomatic cases rose to 474,606. The total number of fatalities exceeded 13,000 since March, when the first coronavirus cases were reported. Recoveries, in the meantime, reached 388,771.