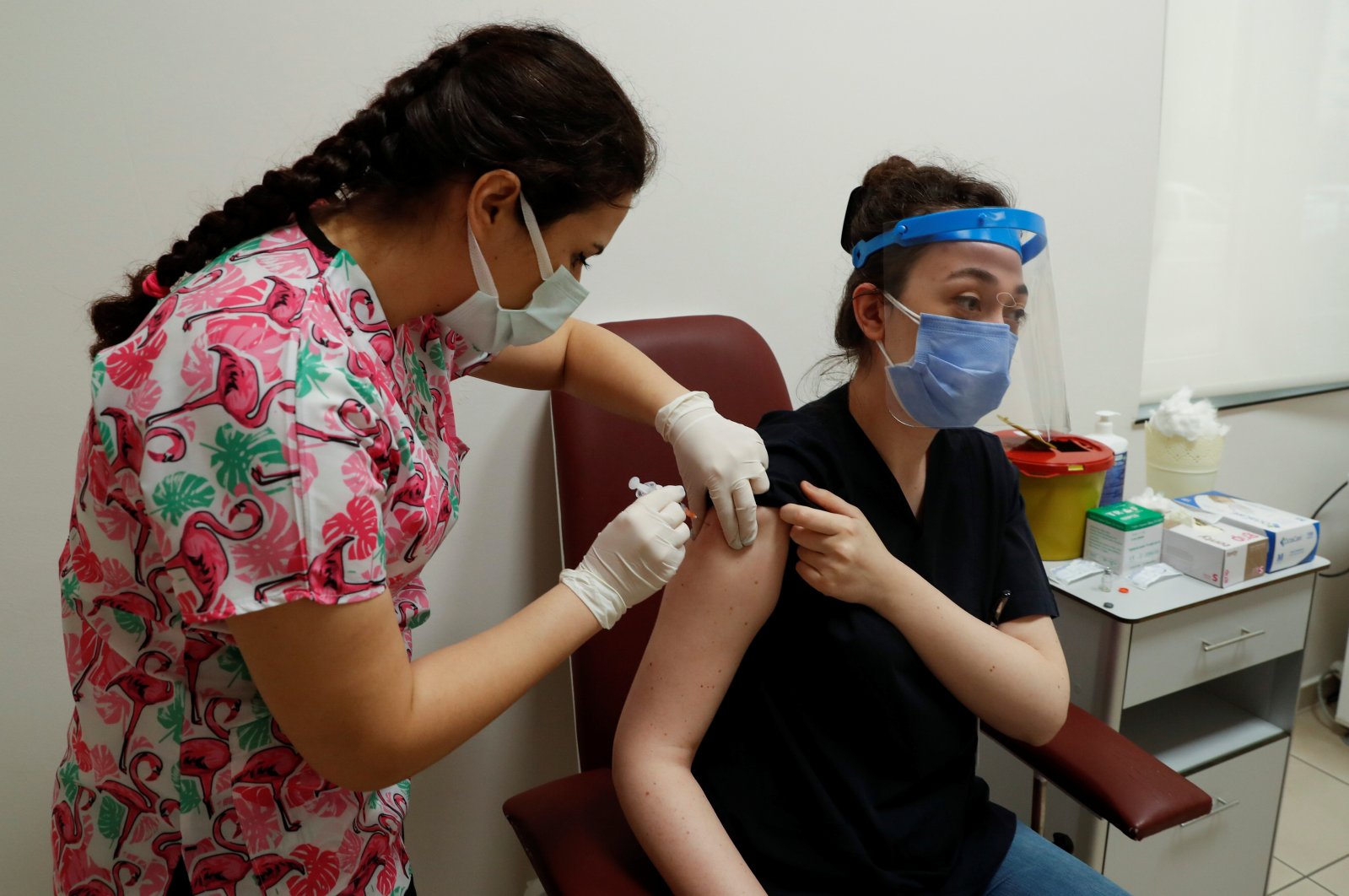 Spooked by a fast-spreading variant first detected in Britain, governments in Europe have imposed tighter and longer lockdowns and curbs. They are pinning hopes on vaccines being rolled out across the continent.

Even when inoculations start en masse, however, the effects are not expected for months or until most people within a population get the shot.

The vaccine developed by Pfizer with German partner BioNTech started being delivered in the EU at the end of December. U.S. biotech firm Moderna began delivering its shot this week.

Yet about one-third of the 27 EU governments cited “insufficient” doses at a video conference of health ministers on Wednesday, a person who attended the virtual meeting told Reuters.

Pfizer initially said deliveries were proceeding according to an agreed-upon schedule but later reported there would be a temporary impact on shipments in late January to early February caused by changes to manufacturing processes to boost production, not due to super-cold storage temperatures.

Belgium said it expected to receive only around half of the planned doses of the Pfizer vaccine in January due to a logistical issue. Lithuania said it was told this week its supplies would be halved until mid-February.

“Although this will temporarily impact shipments in late January to early February, it will provide a significant increase in doses available for patients in late February and March,” Pfizer said in a statement.

Pfizer and BioNTech have two contracts with the EU for the supply of up to 600 million doses this year. They have agreed to deliver 75 million doses in the second quarter and more later in the year.

It was unclear how many doses can be distributed in the first three months.

Moderna has committed to delivering 10 million doses by the end of March and 35 million each in the second and third quarters. Another 80 million doses are also to be delivered this year but without a clear timetable yet.

The Pfizer holdup aside, deliveries do not seem to be proceeding evenly across the continent.

Germany, with a population of 83 million, said it will receive nearly 4 million Pfizer doses by the end of January.

A spokesperson for the EU Commission said national timetables partly depended on contracts signed by each state. It was not clear whether all governments had ordered their full allocation.

Turkey said it had vaccinated more than 500,000 people in the first two days of administering shots developed by China’s Sinovac Biotech, among the fastest rollouts in the world.

“We are an experienced country in implementing nationwide inoculation programs. Our infrastructure is more than capable of conducting this program in a controlled way. We will win the battle with the pandemic together,” Health Minister Fahrettin Koca tweeted.

Ankara launched the nationwide program on Thursday, vaccinating health workers first, and inoculated more than 285,000 people on the first day. As of 11:37 a.m. GMT Friday, the total was 523,338.

The government has said the rapid pace has been helped by a nationwide distribution of the vaccines at the start of the week, and also by digitized health records and hospital services.

President Recep Tayyip Erdoğan received his first dose of the vaccine in Ankara on Thursday and urged other politicians to endorse the program.

Turkey has reported more than 2.3 million COVID-19 infections and 23,000 deaths since March. After a month of weekend lockdowns and nightly curfews, the number of daily cases has fallen below 9,000, with a daily death toll of 170.

Rising infections are turning up the heat on China to strengthen its pace of vaccination.

As of Jan. 4, a unit of Chinese vaccine maker Sinopharm had shipped over 10 million doses domestically, while Sinovac had delivered more than 7 million as of Jan. 10.

Indonesian President Joko Widodo received a first vaccine shot supplied by Sinovac Biotech to kick off a drive to inoculate two-thirds of the country’s 270 million population.

Indonesia has inoculated 15,301 people over the past two days, a senior health ministry official there said. The official rollout began Wednesday, but medical workers and selected public workers were injected on Thursday and Friday.

Unlike many countries, Indonesia intends to inoculate its working population first, partly because it does not have enough data from clinical trials on CoronaVac’s efficacy on older people.

U.S. President-elect Joe Biden will on Friday outline his plan to ramp up vaccinations after an early rollout by the Trump administration that he called “a dismal failure.”

Biden has promised to get 100 million vaccine shots into the arms of Americans during his first 100 days in office.

According to the Our World in Data website, some 2.69 million people have been inoculated in Britain and 2.16 million in Israel. In Russia, the RDIF sovereign wealth fund said on Wednesday 1.5 million Russians had been inoculated with the Sputnik V vaccine.