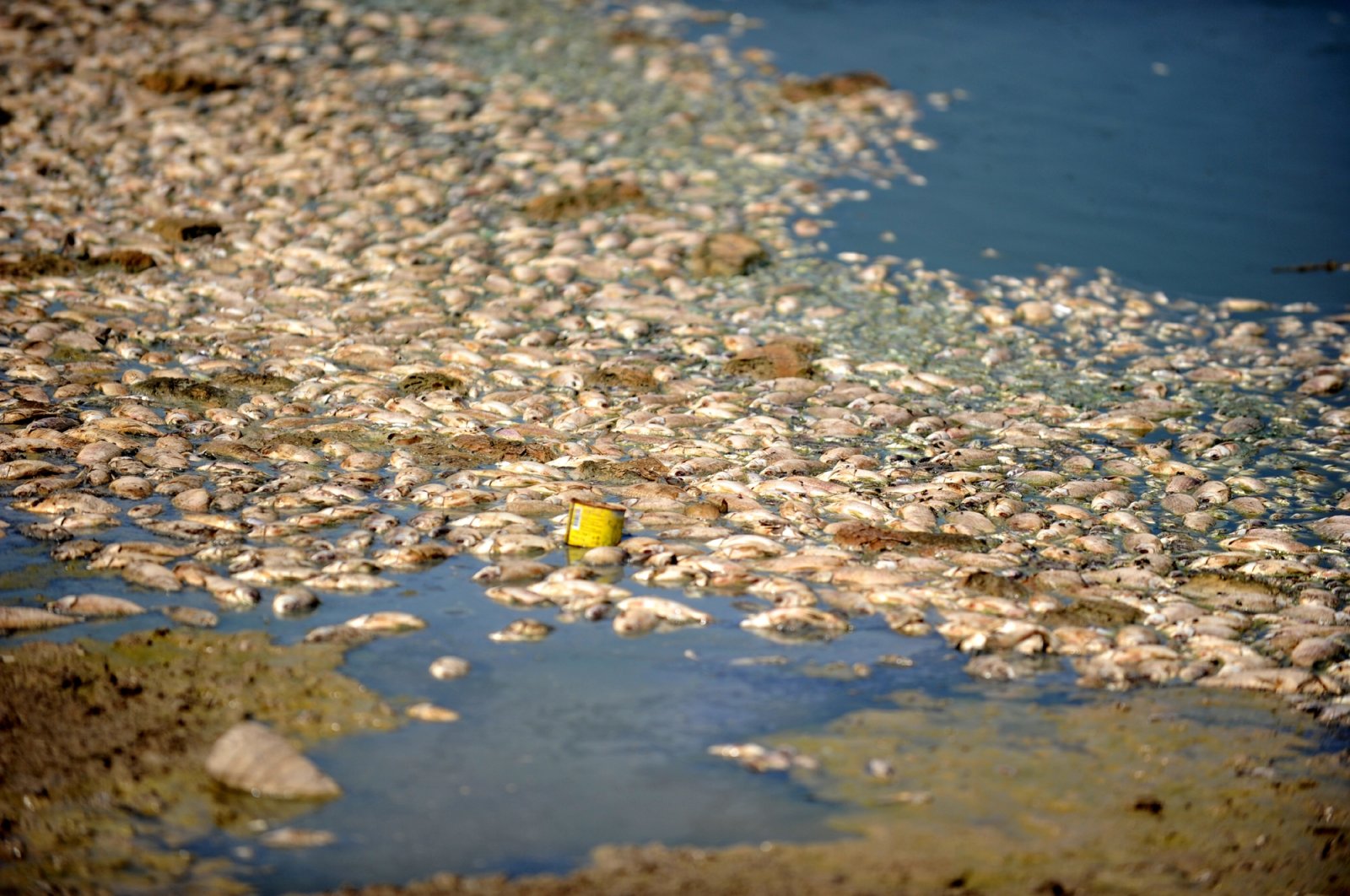 Thousands of fish washed ashore for a week on the banks of Hasköy, an artificial lake in a rural area of Bursa province in northwestern Turkey. Unusually high temperatures and farmers using water to irrigate their fields are to blame for shrinking water levels in the lake.

Authorities have been filling the lake with water for the past two days, but to no avail, as dead fish continue to surface on the banks of the lake.

Experts say that although the lake is not entirely dry, the fish died due to a low level of oxygen.

Taner Bayrak, the headman for Ülkü, a rural neighborhood near the lake, says they first saw dead fish 10 days ago. “It has been an arid year. The lake was not full even in winter. Farmers also took too much water,” Bayrak said. He called upon authorities to remove the dead fish on the banks which emitted a strong stench affecting the neighborhood.

Hamit Aygül, the Bursa director of the Directorate of Agriculture and Forestry, told Anadolu Agency (AA) that insufficient precipitation led to a reduction in water levels and the problem would prevail unless more rainfall occurs in the area.