An expat's reflections on the attempted coup in Turkey 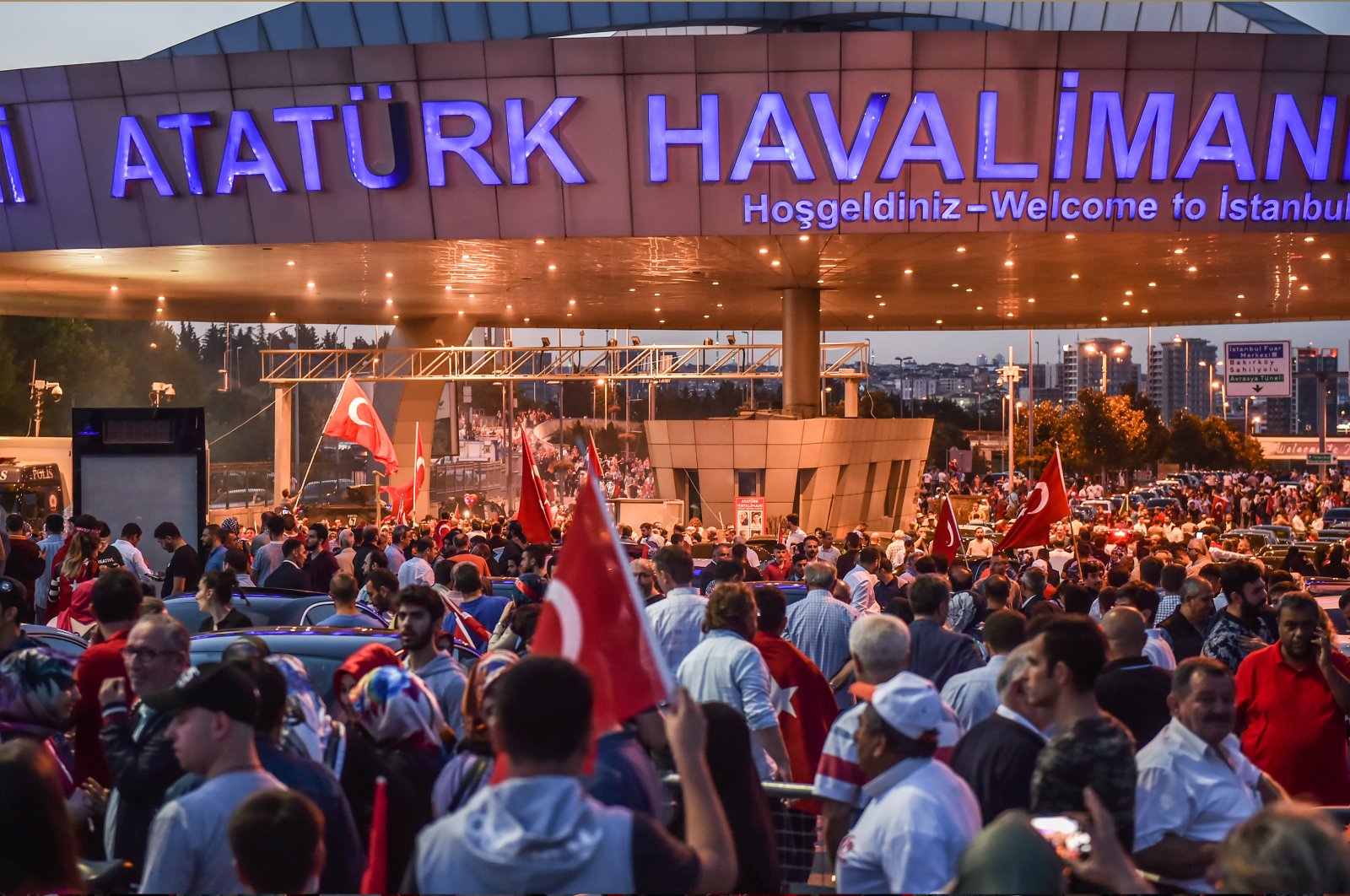 July 15, 2020, marks the fourth anniversary of the attempted coup d'etat against Turkey's democratically elected government. The attack was a dark period in the country's history, occurring in the height of summer, when people should have been enjoying hard-earned vacations with family, especially after a month of fasting for Ramadan; and Turks and tourists had filled the southern coast. Expats like us, living in this beautiful country, faced uncalled-for fear, violence and uncertainty over the nation’s future.

Many foreigners fled the country out of fear of what had happened and suddenly Turkey made the list of dangerous countries to visit. In these modern times, except the current pandemic, we should not have to fear for our lives and our futures from the confines of our homes, but that is what happened as the nation went under martial law and the news of battles on the streets to ensure stability was all we had to grasp on to as a sense of security.

People died and people were tried. Then life suddenly went back to normal and soon after it was as if the fatal attempt to derail the country had never happened. Relatively, Turkey has never been a dangerous country to visit. Even at the height of the unsuccessful coup attempt, as a foreigner on Turkey’s southern coast, unaware of the news, you would be hard-pressed to notice that anything that shocking was transpiring in the cities. But what did take place is that a faction of the Turkish Armed Forces (TSK), infiltrated by members of the Gülenist Terror Group (FETÖ) attempted to take control of several key targets in Ankara and Istanbul, and bombed the Turkish Parliament and the Presidential Complex. At least 251 people were killed, more than 2,000 injured and tens of thousands detained over the unfortunate event.

Perhaps everyone in Turkey will have their own take on their experience of this terrifying event. For me, I was residing in Assos, an ancient town on the Aegean coast of western Turkey’s Çanakkale, at the time. Coincidently, I was scheduled to fly out to Istanbul that night on a 9 p.m. flight, but luck and a broken-down service bus on the way to the airport fatefully kept me down south and far from the chaos that ensued in the cities. For the first time in my life, I simply missed my flight and I have thanked my lucky stars for that fortune every day since. Had I arrived just short of 10 p.m., I would have been in the heart of the conflict as the Atatürk Airport was also on the putschists' target list.

Instead, that night I ended my engagement. When my flight was canceled, my fiance at the time picked me up from the airport and drove me home. It was when we stopped to have tea on the way, I suddenly realized everything had changed. The first inkling that something was drastically wrong was the bizarre vision of a television presenter, an attractive blond woman, being forced to announce the coup on TV. However, if it had not been for the tradition of having the news on televisions at cafes and tea gardens, many of us down south would have had no idea that anything was awry. As an American and a paranoid foreigner, as I am regularly referred to in my life here in Turkey, my first inclination was to head to the hospital and the ATM.

Luckily, here in Turkey we can easily pull up to any emergency room and be given a prescription, or in this case, the medication itself, and I must admit I was the only person there. The same can be said for the ATM. The town’s streets were already empty as everyone was undoubtedly glued to their TV sets to hear news of developments. When we got home, my partner announced to me that he would be leaving immediately to go join his family in Central Anatolia, should he be called on to take action to ensure the security of their country. It was then I learned where his priorities lay. He explained that nothing mattered more to him than his family and country and said he would do whatever necessary to ensure the safety of either.

We ended our engagement right there and then, and I was shocked and terribly confused, as I have never experienced such patriotism. But as the night unfolded, I soon learned that many Turks felt the same way as they bravely took to the streets to battle the unknown forces at the time that were seeking to cause chaos in Turkey. As the evening wore on, I experienced a new wave of patriotism, witnessing car after car fearlessly taking to the streets donning the Turkish flag in solidarity with the nation’s government.

I personally never considered actually leaving Turkey and the tragedy was so short-lived that there certainly seemed no need to run. However, in the days that followed, I know many foreigners, albeit expats in Istanbul and otherwise, did decide to leave, having been so traumatized and terrified by what unfolded that scary night. Admittedly, some have since returned to their lives in Turkey having felt unsatisfied going back home or moving to other countries abroad. Others have remained where they moved to and I can honestly say that each and every single one I have been in contact with has expressed regret for their decision to leave Turkey in such haste.

For the older generations that have lived through the multiple coups that took place in Turkey starting in 1960, this horrific event did not seem to shock them to their core as it did for the younger generations and visiting foreigners. My mother, a Brit who had spent decades in Bodrum, continued to host her guests and conduct her life as normal, as did the majority of seasoned expats. For us foreigners that were newer to Turkey, it was the first time we had ever experienced a coup d'etat, an intimidating word, to say the least, and we were devastated that there could be such an attempt to disrupt the nation's democratically elected government.

In Assos, life continued as normally as possible. The elders, villagers and Turks, in general, assured me that it would take a lot more than a coup attempt to derail our lives as we knew it in Turkey. And so life went on, and things quickly returned to normal, and these days one would never know that such a dark incident had ever transpired.

These days as an American who lived through the terrorist attacks of Sept. 11, 2001, mass shootings, police violence, protests, looting and now the unprecedented exposure to COVID-19 in the U.S., I can honestly say I have never felt safer or more content anywhere other than Turkey.